Now Is the Time, Theme Music 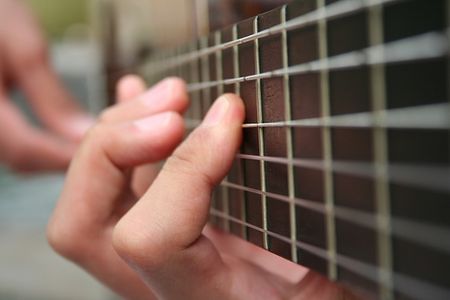 The new Sunday night 10 o’clock [update: beginning 2 Nov 2013, Saturday night at 9 pm] show on WRTI (HD2 and streaming) ought to have theme music, I thought, so I started looking through works of mine, as with the theme for Discoveries from the Fleisher Collection, to see if anything would ﬁt.

I looked over everything that had survived ritual burning up to that point, and the only piece that came close was a curious Four Hymns for Four Guitars, written in, wow, 1985 for the amiable Philadelphia Guitar Quartet. Wonderful guys all, astute musicians, and very helpful when I was working on it. Turns out when we moved from Manayunk to Mt. Airy we ended up a couple blocks away from Bill Ghezzi of that Quartet, who then commenced to move onto our street with his family. When they found out I lived there, they moved to New Hampshire.

Well, not right away…we worked on these hymns and a Totentanz and a Mazurka I wrote for him. Then Dartmouth hired his wife and him away from us. And that’s why he moved. Seriously, Bill’s terriﬁc: here he is playing the Totentanz.

But the Quartet played the Four Hymns some, including on a WHYY Radio Community Concert. I still liked it, including the beginning of the third hymn, “No, Not One.” It’s an old gospel hymn, known from its opening lines, “There’s not a friend like the lowly Jesus. No, not one! No, not one!”

For me, I just liked how you could mix up a five-note scale in pretty much any order (many gospel tunes are constructed from five-note scales), you could then use that mix to accompany the tune, and if you slowed it all down, it sounded kind of pretty for a while. In this piece, you can hear the tune in low, punctuated, held notes, too slow to recognize the tune, but a cantus ﬁrmus with curlicues of arpeggios cascading off of it. 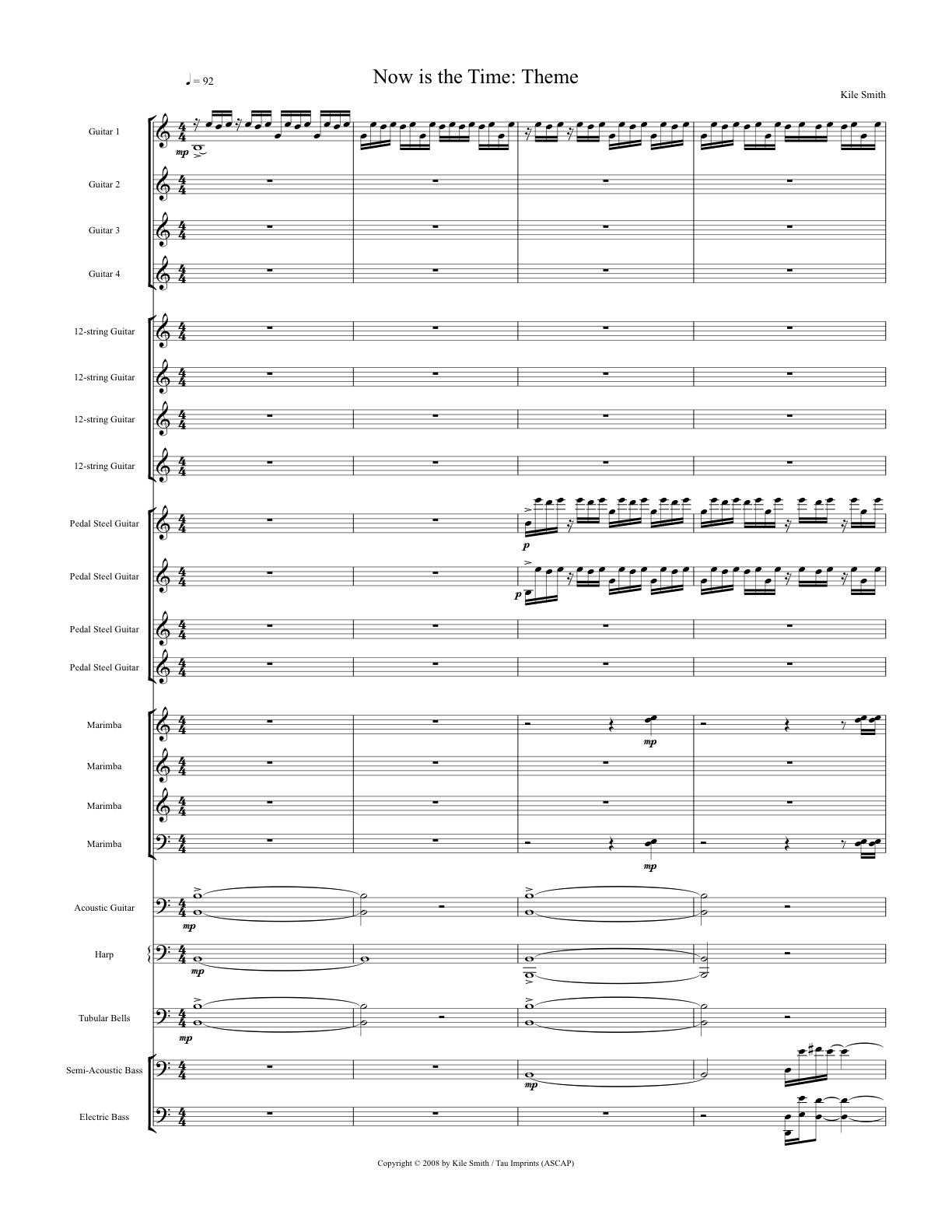 So that’s what I chose for the theme music. But the only recording I had was an old cassette tape of that community concert, and what with the hiss and the baby that kept crying in the audience, I went back to the drawing board and now, après-1985 and with a computer and software and everything, re-notated the beginning of that movement (not caring how it looked, really) and made a synthesized playback with, hm let’s try this, “classical guitar” sounds on it.

But it sounded fake and certainly not as good as four real guitars played by four real guitarists, so I started replacing, and adding, and editing instrument sounds. A weekend later I had a minute and change of 12-string and pedal steel guitars, pizzicato acoustic and Rickenbacker basses, long-decaying marimbas, and other whatnots: an entire orchestra of made-up sounds in pentatonic mode that had enough goofy sparkle for a theme but enough wallpaper to yak over.

It also is stylistically neutral enough, I think, to serve as an adequate introduction to a show featuring all kinds of new music. I hope you like it, and if you get a chance to listen to the show, I hope you like that, too. I’m having fun putting it together, and thanks to WRTI for supporting contemporary American music.

Here is the theme, minus my yakking over it: