Where Flames a Word

“Before your late face” and “I know you, you are the deeply bowed” from Paul Celan, Breathturn, translation from the German by Pierre Joris, Sun & Moon Press, Los Angeles. Translation © 1995 by Pierre Joris. Used by permission. “Conversation in the Mountains” from Paul Celan, Collected Prose, translation from the German by Rosmarie Waldrop, The Sheep Meadow Press, Riverdale-on-Hudson, N.Y. Translation © 1986 by Rosmarie Waldrop. Used by permission.

Paul Celan (1920–1970) was one of the great 20th-century poets of the German language, even though he was a Romanian Jew whose parents died in Nazi camps. He spoke and translated many languages, including French and Hebrew, into German. He wrote often of the conflict in expressing himself in the language his mother, who loved German literature, had taught him. After winning the Bremen Prize in 1958, and referring to the Holocaust, he said, “Only one thing remained reachable, close and secure amid all losses: language. Yes, language. In spite of everything, it remained secure against loss. But it had to go through its own lack of answers, through terrifying silence, through the thousand darknesses of murderous speech.”

Paul Celan drowned himself in the Seine River, Paris, when he was 49 years old.

Donald Nally first suggested “Conversation in the Mountains” to me for the Celan Project. I immediately resolved to set it, and began to edit the text down to a size workable for me, then looked for other texts to complement it. I love his words, which are at once sharp and undefined, empty but filled with the meaning of humanity.

2. Conversation in the Mountains
And it was quiet in the mountains where they walked, one and the other.

“You’ve come a long way, have come all the way here…”

“You know. You know and see: The earth folded up here, folded once and twice and three times, and opened up in the middle, and in the middle there is water, and the water is green, and the green is white, and the white comes from even farther up, from the glaciers, and one could say, but one shouldn’t, that this is the language that counts here, the green with the white in it, a language not for you and not for me—because, I ask you, for whom is it meant, the earth, not for you, I say, is it meant, and not for me—a language, well, without I and without You nothing but He, nothing but It, you understand, and She, nothing but that.” 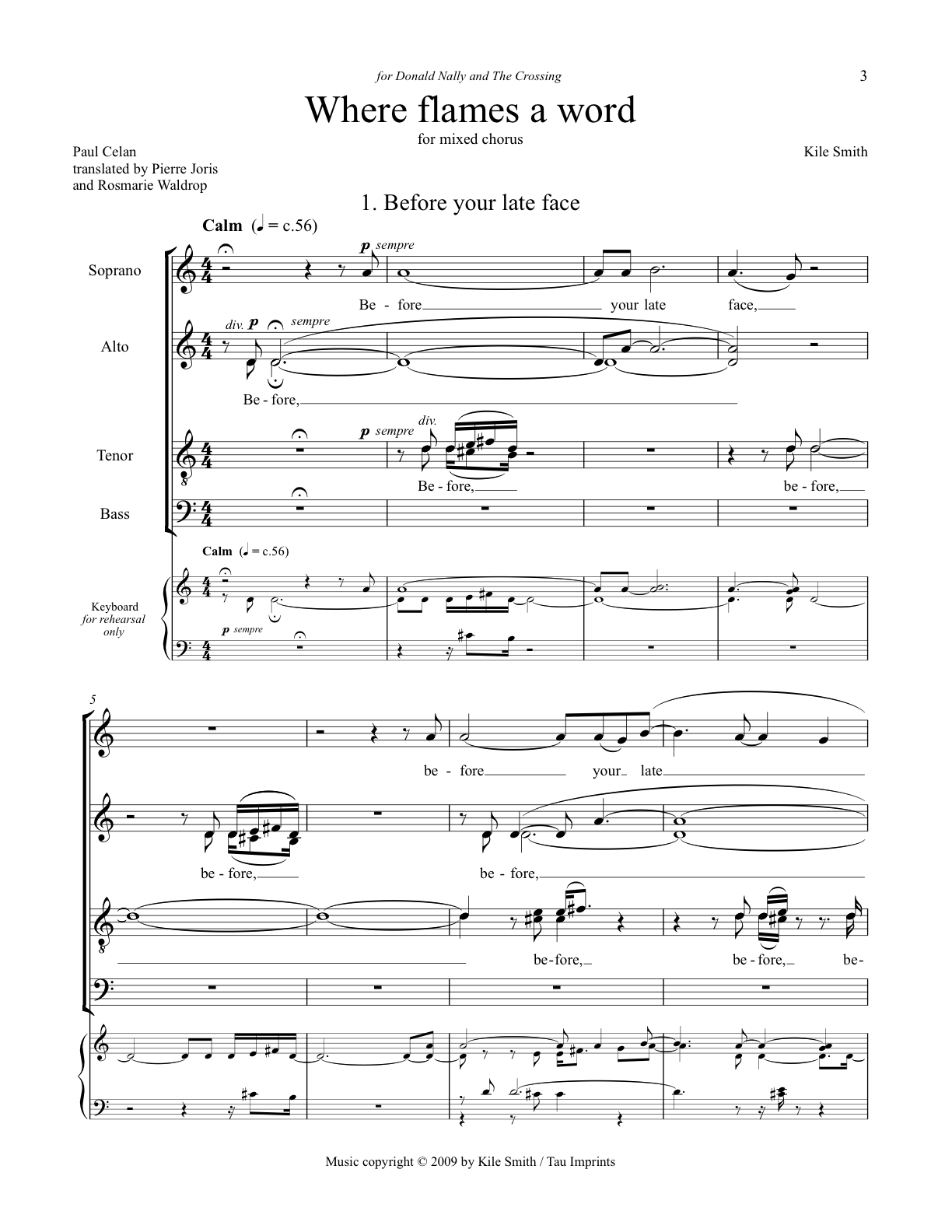