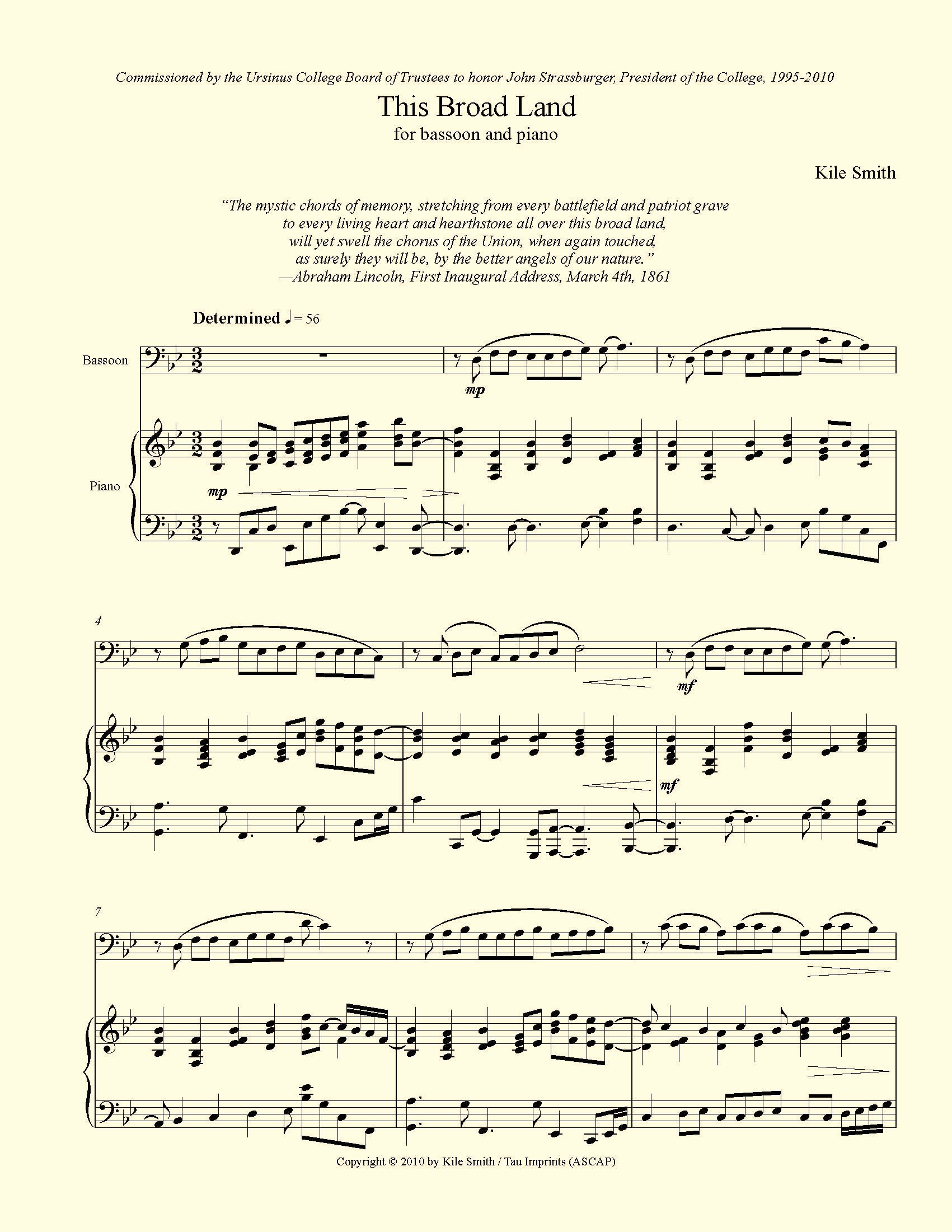 This started as another piece with another title. Ursinus College asked me to compose a short work honoring President John Strassburger on his retirement, and the key to the piece came from his own writings. In his essay on Abraham Lincoln’s Gettysburg Address, he makes a point about the ﬂexibility of Lincoln’s poetic voice. Strassburger quotes these words from an earlier Lincoln speech, the ﬁrst inaugural address of March 4th, 1861:

The mystic chords of memory, stretching from every battleﬁeld and patriot grave to every living heart and hearthstone all over this broad land, will yet swell the chorus of the Union, when again touched, as surely they will be, by the better angels of our nature.

There’s a piece here, I thought. “The better angels of our nature” became the focus and title, and I composed a chant-like beginning to an ethereal work. Trouble started, though, when I started hearing chords under this chant-snippet, two chords, actually, the tonic in root position followed by the tonic in ﬁrst position,

an unremarkable progression, but heard to great effect in Puccini’s La Bohème*

all the way to the piano coda of Clapton’s “Layla,”**

with, I confess, #2 sticking in my head the most. So, this was a chant no longer, but a tune with accompaniment. The angels slowly ascended to another (perhaps future) piece, and as I worked out the tune, it became less angelic-sounding, less ethereal, and broader, more determined.

The angels ushered in other spirits, though, the spirits of Gettysburg and Independence Day, whose anniversaries were barely a week after the 26 June 2010 premiere. It may be making too much of it, but I feel that this is a peculiarly American work, inspired by Lincoln, echoing a British guitarist immersed in Southern rock, and an Italian opera on a French subject, written for the Midwest-born president of an originally Pennsylvania German college.

Bassoonist Jeffrey Centafont accompanied by John French performed this with great sensitivity, and I was almost overwhelmed by the warmth of the reception by those assembled for President Strassburger’s honor. I’ve already transposed this for performances on soprano saxophone, and believe that any number of instruments might play this successfully.

* To tell you the truth, I don’t actually know what that second Puccini chord is. Sometimes it sounds like a tonic major 7th (with that tonic E delayed all the way to the third beat), and sometimes like a simple mediant (with that melodic E just a pedal holdover). It depends, as with much chordal analysis, on your point of view, I suppose, which is why I bother with chordal analysis, I suppose, very seldom.

** In the lead sheet that 2nd bar is a Cmaj7, but I always hear that with E in the bass, don’t you? And actually, I read that the coda was written by drummer Jim Gordon.