My latest CD mini-review for the WRTI E-newsletter. You can read all my CD reviews here. 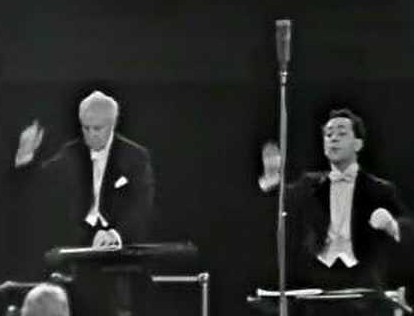 When Leopold Stokowski put together the first performance of the labyrinthine Symphony No. 4 of Charles Ives, he turned to the Uruguayan-born José Serebrier, just 27, to help conduct one extremely knotty passage. Years later, Serebrier returns the favor by recording these lush Stokowski transcriptions.

Re-working music—often non-symphonic—for different orchestral needs was a normal task for conductors in years past. Stokowski, the Philadelphia Orchestra’s music director from 1912 to 1938, comes right out of this tradition. Since then, the quest for historical accuracy has driven transcribing out of favor. However, scholars are now coming around to see how astute and nuanced these transcriptions are. Serebrier’s emotional intelligence opens our ears to Stokowski’s superb artistry.

The five-CD set include four discs with transcriptions of Bach, Wagner, Mussorgsky, Handel, Haydn, Purcell, Palestrina, and others. The final disc is an enlightening interview with Serebrier by record producer Raymond Bisha, touching on why Stokowski made all these transcriptions. This would be a fantastic addition to any CD collection.