Surveying the symphonic output of Classical composers, and then of composers since, Robert Zaller laments the demise of the symphony in “Whatever happened to the symphony?” While no one would deny that Classical music is changing, I don’t think the symphony is in danger. 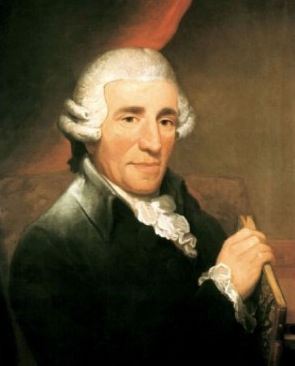 Haydn, naturally, has the largest percentage. After all, Haydn enjoyed 30 years of full-time employment as music director at the Esterházy estate, seat of the wealthiest family in the Hungarian nobility. So it should come as no surprise that symphonies comprise fully 60% of Haydn’s orchestral output.

What happens next, though, is interesting. After Haydn there’s a steep and immediate drop-off during the Classical period: Mozart weighs in at 27%, Beethoven at 17%. But the real surprise is that this decline doesn’t continue after their departure.

For that matter, Charles Wuorinen has written eight symphonies; Philip Glass has seven, and John Harbison, four. Gloria Coates has written 15 symphonies—surely the most by any woman, past or present. Even the decidedly non-academic John Adams, John Williams and Michael Daugherty each have written one symphony. Fifteen of the 23 most-performed American composers, according to the most recent League of American Orchestras list, have written symphonies.

This is a huge number of symphonic composers, present as well as past. True, some of these symphonies aren’t well known. But then, we never hear most of Haydn’s or Mozart’s symphonies, either.

So it doesn’t seem to me that the symphony is on the verge of disappearing. Nor does music today “shy away from grand statements,” as Zaller writes, or “from effusively personal” ones. What is Jennifer Higdon’s City Scape, after all, if not a symphony in the grand style? What is her blue cathedral if not personal?

No, I’d have to say that composers keep writing symphonies in (non-Haydn) Classical/Romantic quantities. And to my ear, at least, their styles are as grand and personal as ever.

Bear in mind: Symphonies are blazingly expensive to produce. Contemporary orchestral commissions tend toward shorter works (much as, say, playwrights tend toward small casts or one-person shows). This is less a matter of artistic taste than practical survival. In today’s depressed economy, it’s amazing that anyone writes symphonies at all.

“Whether we live in a decadent era or merely a fallow one remains to be seen,” Zaller remarks. “But the death of the symphony, Western music’s supreme form, may turn out to be the canary in the coal mine.” I’d rather think that what’s going on is simply the evaporation of Austro-German hegemony—although in calling the symphony “supreme,” Zaller reveals himself to be still under its influence. (I may be, too, as I love the symphony, and even felt compelled to compose one myself.)

Zaller is correct that outside of the German orbit, composers don’t write a whole lot of symphonies. But they never have. That’s not because Italians are more “decadent” or French more “fallow.” It could be that they just don’t like coal mines.

As for America—perhaps because of the 19th-Century German training that American composers underwent, or perhaps 20th-Century America took in all those German-trained refugee composers fleeing from Hitler, or perhaps because of our ingrained feelings of cultural inferiority, or perhaps because America is a grand and effusively personal country—the United States has done more than its share to keep the symphony going. If we Americans stop writing symphonies in the future, it may be because some of these factors recede. Or it may be because we’re less influenced by Esterházy.