How I got Milton Babbitt

First published in the Broad Street Review, 8 Feb 2011. Slightly edited since. All my BSR articles are here. 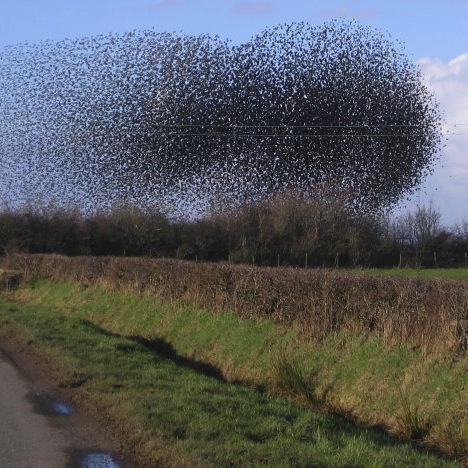 I had no idea what was happening. The saxophone caterwauled ridiculously, and the piano seemed to chatter away at some other piece. I could discern no melody or beat; there was no harmony or repeating gesture to hold onto. It was chaos, and I was this close to giving up on the music. It was by Milton Babbitt.

Babbitt, who just passed away at age 94, was the hero of certain composers and the bête noire of audiences—the few that ever heard his music, that is. He pushed full-tilt intellectualism in American classical music at a time when it was clearing its throat to be taken seriously as an academic subject. For Babbitt, though, “academic” wasn’t enough. He wanted music to be a quantifiable scientific discipline, and he filled rooms with these new machines called computers to make his point. Audiences didn’t understand his music, but as he would say, who understands particle physics?

Milton Babbitt went further than Schoenberg or any of the twelve-toners. All they controlled was the order of notes. Babbitt regulated everything: pitch, dynamic, rhythm, range, you name it. Total serialism it was called, Babbitt invented it, and the academy loved it.

I kept my love of Brahms and The Delfonics to myself when working on my master’s in composition, although I needn’t have been so circumspect, as teachers understand a lot more than students realize. It’s the kids who are the most hide-bound. I still remember the look on the face of one doctoral candidate when I unguardedly confessed to him, in my 22-year-old confidence, that all one really needed to know to write choral music was the English folk songs of Vaughan Williams, and maybe Gene Puerling‘s arrangements for The Hi-Lo’s. The doctoral student didn’t betray anger, laughter, or incredulity, but I’ll never forget the look on his face. It was pity.

Well, I haven’t really changed my mind and besides, I like schemes as much as anyone. I even caught the Sudoku craze for a while until I got bored counting numbers. I wasn’t a whiz at it, mind you, I just didn’t care anymore. I actually enjoy toying with musical systems, but I never bought into the demolition of tonality that lay underneath serialism. So, I didn’t take to it, and that was that. But then a couple things happened.

I read Ulysses. James Joyce exploded the English language and I picked my way through the blast zone carefully at first, looking closely at smoking shards of phrases that resisted meaning. Some yielded only sounds and some, echoes of sounds. Some let off delayed puns and I’d think, Really? He made a joke? And I got it? That gave me courage, and I read faster, no longer worrying about the meaning. Pretty soon I had finished it, and looking back across the landscape, I felt… renewed.

Then, the Art Ensemble of Chicago came to town, and I went to see them, my first time at a live performance of avant-garde jazz. Trumpeter Lester Bowie led in his white lab coat, and Roscoe Mitchell played saxes all the way down to the contrabass, the size of a filing cabinet. Guys in face-paint and feathers and African hats played dozens of instruments.

In the middle of a 20-minute free-jazz squealing cacophony, audience members were leaving, but I noticed that I had become transfixed. My eyes darted from one player to the other as they moved. I couldn’t tell much, but I could tell that they were listening to each other, and I wanted to know what would happen next. Afterward, I had to catch my breath.

The musicians were listening to each other. They were moving. They moved the way a flock of starlings moves over a field of cut corn: one feather on one bird moves and they all move; one causes the other, but there is no cause; they follow and are simultaneous, which is impossible, or at least too fast to tell.

And as quick as that, I got Milton Babbitt. He called the piece Whirled Series (that’s right, say it out loud—Joyce would). The theory behind it, I didn’t care about. Still don’t. I don’t care about physics, either, or Sudoku, or face-paint. All I know is, I had no idea what was happening. And I wanted to know what would happen next.