The Waking Sun, 1. The gates have sounded 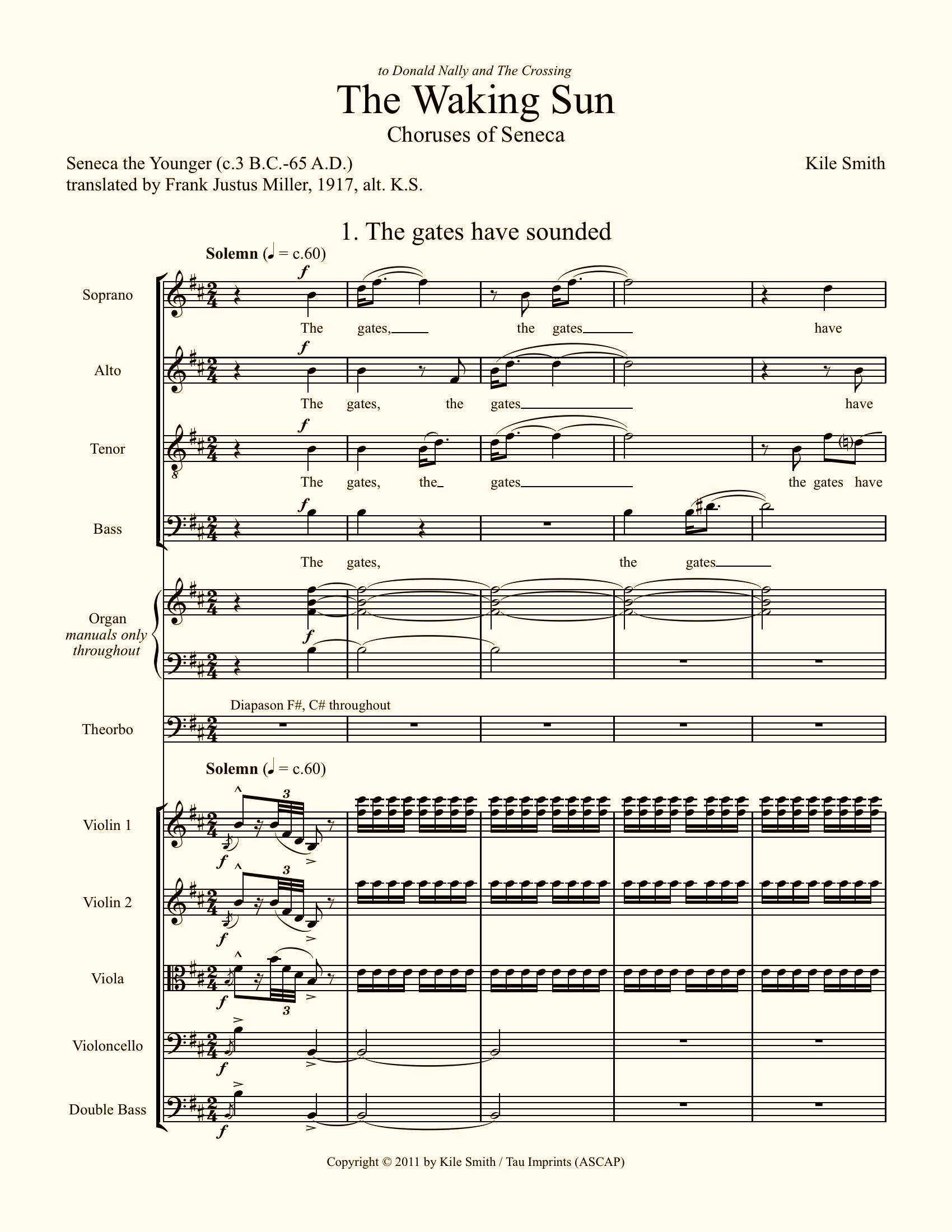 This is the text that jumped out at me first; from the moment I saw it I never wavered from having it open The Waking Sun. Over everything else I went back and forth: including, deleting, restoring, worrying the order. Not this one. It not only states our condition elegantly, it sums up the struggle to compose this.

I had a vague idea of city gates closing at the end of the day, and what sound might accompany that—blown ram’s horns, perhaps, the sound of gate machinery, I wasn’t sure. So I cast about for a modern example, and an image and sound came to me. It doesn’t parallel the situation in which Oedipus finds himself, but the combination of emergency and finality got my attention.

It’s a railroad crossing, when the arms come down and the bell clangs. And what a bell. I had a specific one in mind, and found an audio example of the exact one online. I identified the pitch, overtones and subtones (which are quite audible), and revoiced the notes into the opening string chords.

This may be the only time I’ve ever copied something into music like this. When I hear these notes, I understand the alert to hopelessness Oedipus must be experiencing.

It seems to me that the great question Stoicism poses is the Troades quote, “In whose kingdom shall you die?” Up until the last week of composing, I had planned to repeat this at the end of the piece. But by the time I got there, the repetition sounded too pedantic. The childish sing-song may recall Act Two of Bohème, but it comes straight out of my childhood. When we played one kind of ball or another in the street, or maybe Kick the Can, and would have to clear when a car approached, we’d sing “Car, car, candy bar, smoke a big cigar” to this interval. I don’t know the origin of that rhyme, but it made sense at the time.