(What a) Wonderful World

[This article republished with permission from the Broad Street Review.] 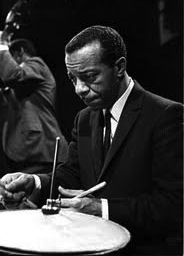 Grady Tate, the renowned jazz drummer, probably had no idea what to expect from the recording gig when he set up his drums. The song looked like nothing on the page. The title alone would be enough for a sarcastic grunt from a veteran musician. “(What a) Wonderful World.” 1967, Vietnam, right.

But then Louis Armstrong walked in. “I see trees of green, red roses too…”

I’d always thought the song was pretty, but it’s more than that. I can’t help it, but it’s unsettling. It evokes a premonition, the way a russet-gold sunset opening up after a storm is defined by the purple clouds that frame it. It’s beautiful and disquieting at the same time.

We all know Armstrong’s iconic interpretation, but it almost didn’t see the light of day. The president of ABC Records hated the old-fashioned arrangement and wanted to pull the plug on the recording session. He was talked out of it, but the record was never promoted, and it disappeared after its 1968 release.

(That executive obviously discounted Armstrong’s similarly archaic “Hello, Dolly!”—with banjo, of all things—which had knocked the Beatles out of their three-single, 14-week stranglehold on the No. 1 Billboard spot four years earlier.)

The British loved “(What a) Wonderful World” and made it a month-long No. 1 hit and that year’s top-selling single. In America it poked along in nostalgia radio formats until Barry Levinson placed it in the 1987 movie Good Morning, Vietnam. A surge in popularity forced a re-release, and the song’s standing continued to grow. It was inducted into the Grammy Hall of Fame in 1999. Armstrong had already died 28 years before.

Something continued to bother me, though. It wasn’t the words. They’re sentimental, but they can’t touch Parsifal for sheer cornpone. Nor was it the arrangement. It’s sweet but admirably restrained, actually—as sweet as it ought to be and no more, like Vermont maple syrup.

The rhythm is unobtrusive, behind the simple guitar bubbling under the strings. The drummer’s right hand plays brush on the ride cymbal, matching the guitar triplets—a throwback to the doo-wop piano style of songs like “I Only Have Eyes For You.” His left hand…

Wait a minute. The left hand—that’s the problem. It’s that backbeat (beats two and four in a 4/4 meter). It should be a shoosh or maybe barely a tap in this delicate piece. But it’s an intrusive thwap. And because they used far fewer microphones then, that thwap reverberates ominously. Yes, that’s the problem.

A hand whacking my forehead

Right-hand brush, why not a brush in the left hand? Swiffff, baff, swiffff, baff. That would be normal. Ten thousand wedding reception drummers would play it that way, and why not.

But here, the left hand raps the edge of the snare drum with a stick. It’s a type of rim shot, probably a rim knock, where the tip of the stick is laid on the drumhead, and the butt of the stick is smacked down against the metal rim of the drum. On this song it just doesn’t fit. Instead of a gentle come-along, it’s the heel of somebody’s hand whacked against my forehead.

Grady Tate probably had no idea what to expect. But when Louis Armstrong walked in—67 years old, with worsening health problems increasingly keeping him from the road, all his old sidemen dead—when he walked in and started singing, “I hear babies cryin’, I watch them grow / They’ll learn much more than I’ll ever know,” I’ll bet Tate put down one brush, picked up a stick, and decided to become Armstrong’s companion.

On a knife’s edge

Tate plays on the exact top of the beat, never lagging or scooching in for effect, never pushing, but square in the middle. It’s incredibly difficult to play rim knocks this way, while keeping the sound even, and his sound never wavers. In a syncopated feel, it would be easier, because you can swing it, and the ear makes allowances.

Here, though, the decision he makes exposes him utterly, as he walks on a knife’s edge, a string orchestra swirling at his feet. Breath, thwap, breath, thwap, I keep waiting for a falter, but right alongside Armstrong he relentlessly dogs every step: a ticking clock; a cane; even, indeed, Death itself.

Louis Armstrong draws us in with a voice that makes the sentimentality real. Grady Tate keeps us honest. That’s why the song is something other than just pretty. And that’s why it’s unsettling.

We see what Louis Armstrong sees. Trees, roses, friends shaking hands. We hear what he hears. Babies crying… and that relentless knock, reverberating through sunsets and backbeats and halls of fame.

Now, whenever I hear this song, I’m not bothered any more.

He meant it all along?

Reading up on Grady Tate, I find that he’s known for two things: playing on the beat, and an imaginative use of rim shots. Ha! Maybe he knew all along how he was going to play “(What a) Wonderful World.”