[First published in the Broad Street Review 24 April 2012 and reprinted here with permission.] 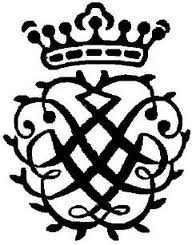 I’m glad that Steve Cohen has a hard time believing Bach to be anti-Semitic (See “Bach, King Frederick and the Jews“). It’s hard to believe because Bach isn’t. Nor is his St. John Passion, nor is John’s Gospel (which Bach sets verbatim), nor are the churches that read it every year.

This Gospel, like the other three, was written by a Jew, about Jews, for Jewish readers. Jesus, the central character, was of course Jewish, as are most of the people in these Passion Week accounts. Some yell, “Hosanna,” and some, “Crucify.” Some want to worship Jesus, some want to kill him; some weep, some mock. Judas betrays him. Peter promises to die with him, then denies him and slinks away.

All the disciples, these soon-to-be-Christians (including John, the author) are embarrassments. When tested, these eventual leaders of the original Church run away.

Hardly anybody looks good in the Passion. The political leaders are cowards, the religious leaders are venal. With the notable exception of some women, very few—Jew, Gentile, believer, unbeliever—come off well. But the accounts are neither anti-Christian, anti-Roman, anti-religious, anti-political, anti-male, nor anti-Semitic.

They simply report what happened. Some of us believe it, some don’t. Bach did, and he composed the St. John Passion for one reason: He was a church composer. The other Passions rotate yearly in the liturgical calendar, but John’s is required reading every Good Friday.

The Bach scholar Robert L. Marshall, who is Jewish, sees no anti-Semitism. That’s not to say that the work isn’t disturbing, rendered more violent by its shuddering music. Marshall describes his first reaction to it in the early 1960s:

I hadn’t expected to encounter anything like the explicit, relentless, denunciation of the Jews—my own eternally suffering people, after all—that one is exposed to in that composition… in the German language, the sound of which to English-speakers at the time was inextricably associated with ranting tyrants and demagogues and marauding SS troops.… English speakers of my generation effectively never heard the German word Juden, except when it was spoken—i.e., shouted—by a Nazi.… I completely understand why so many people—especially Jews, of course—have a ‘problem’ (to put it mildly) with Johann Sebastian Bach’s Passion According to St. John—and why many to this day are unable to listen to it, much less perform it.

But fears of anti-Semitism, however understandable, have nothing to do with the Passion itself. It’s a mistake to read contemporary feelings back onto it. Marshall concludes, “Neither that supreme masterpiece nor its incomparable maker—one Johann Sebastian Bach—needs any apology.”

A Lutheran who spoke out

Nonetheless, it’s only proper that our reaction to Nazism inform our thinking. As I noted in WRTI’s classical music programming for Holocaust Remembrance Day, we must never forget what happened. (For my full remarks, click here.)

“Only those who cry out for the Jews may also sing Gregorian chants,” Dietrich Bonhoeffer observed in 1935. The Lutheran pastor’s fight against anti-Semitism grew as the evil grew in Hitler’s Germany. He excoriated the state church (the Reichskirche established by the Nazis), helped to create the Confessing Church, and founded his own seminary.

The official clerics of the Reich dismissed the Old Testament as a “Jewish” book (even harassing Bonhoeffer over his writings on the Psalms). They refused ordination to Jewish seminary students who had converted to Christianity. Bonhoeffer’s own students were hounded and imprisoned; his friends pleaded with him to flee.

Bonhoeffer studied briefly in the U.S., but he itched to return to Germany—to be where, he said, he was most needed. Seeing the Church torn apart by wolves, seeing Jews arrested and beginning to disappear, he saw his path open before him. In America, he told a friend, he “became a Christian.”

Jesus, elsewhere in John’s Gospel, says, “Salvation is of the Jews.” Bonhoeffer, seeing the Kristallnacht destruction of German synagogues in 1938 as a fulfillment of Psalm 74:8 (“They burn all of God’s houses in the land”), realized, as Eric Metaxas writes in his biography, that “to lift one’s hand against the Jews was to lift one’s hand against God himself.” Rejecting pacifism, Bonhoeffer returned to Germany in 1939, to a plot to kill Hitler and ultimately, to his own execution.

Bonhoeffer knew that twisting the Scriptures to one’s own purpose is an old game. People have mangled Scripture to support slavery, to support the divine right of kings, to blame Jews and, yes, to destroy Jews. But he also knew that Christianity was Jewish through and through. “Driving out the Jews from the West,” he wrote, “must result in driving out Christ with them, for Christ was a Jew.”

In the St. John Passion, after Jesus is slapped for speaking back to the High Priest, Bach inserts these words for the choir, giving voice to his Leipzig parishioners and to all Christians: “Who has hit you, my Savior?” We cast about, looking for someone to blame. A Jew? Roman? Who has brought Jesus to this moment?

Bach goes out of his way to place the blame right where it belongs, so that no one can miss it. “I,” Bach repeats. “I, and my sins, like the grains of sand on the shore.”

That’s where the blame lies. Bach knows—every Christian knows—who’s responsible. We are.