[This article has been republished with permission from Broad Street Review.] 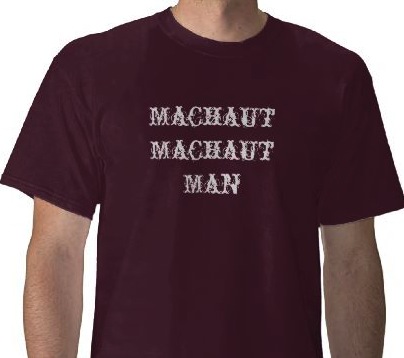 At Imperial College in London, Bob McCallum spends his days researching mosquitoes. At home, he puts composers under his microscope. And has concluded, according to BBC News, that we composers are unnecessary.

I don’t know how many mosquitoes have died in his experiments, but he’s killed off my species by way of a computer program he wrote called “DarwinTunes.”

That’s what he’s saying, anyway. Music evolves, he says, and DarwinTunes proves it.

Here’s how it works. The software randomly generates two noise-loops from randomly selected sounds. These combine and generate four loops, then eight, 16 and, pretty soon, 100.

Anyway, DarwinTunes, or McCallum, mixes in other mutations along the way, and whatever the number, there’s a whole lotta shakin’ goin’ on before he hits the “Off” button.

Since, as McCallum himself concedes, the examples are “pretty horrible,” and since DarwinTunes doesn’t accomplish anything more than what it’s already done, McCallum calls in volunteers. Perhaps he filters out composers or filters in mathematicians, but whoever’s there listens and chooses what they like most (or hate least). Then McCallum throws the selected loops back into the program.

DarwinTunes goes back to work, and McCallum waits. Something interesting, he says, starts to happen “after about 3,000 generations… There starts to be a kick drum or a bass drum.”

And that’s it. I read the article several times and, yes, that’s it.

Let’s review. Bob McCallum creates a computer program. It uses instruments and pitches that McCallum has implanted in its code, in a mathematical process McCallum has written. It runs the results through signal and amplification generators McCallum has already connected to it.

Then McCallum stops the process, tweaks the result and brings in other folks to tweak it further. McCallum runs it again.

This process continues for months, until McCallum is attracted to something, oh, perhaps, drum-like. Then he halts the process.

Well, he’s demonstrated something, all right— but it’s not evolution. To me it looks an awful lot like intelligent design, or maybe The Bob of the Gaps or McCallum ex machina.

A million monkeys on a million typewriters could never, ever type “To be, or not to be, that is the question” because, first of all, even humans rarely put the paper in correctly, and second of all, even if a monkey happened to get it right, it would never know it.

Every step in the DarwinTunes process is a step that a composer already takes, incalculably faster and more efficiently. All of McCallum’s coding, generating, processing and volunteering are just fig leaves covering up this truth: In music, somebody must make a decision.

Going McCallum one better, composers even do a better job of getting rid of composers. We’ve been doing it ever since we invented the repeat sign and “Vamp Till Fade.”

McCallum may not have heard, but John Cage eliminated the composer about 60 years ago. In his pieces he sets wheels in motion— be they musicians, microphones, radios, silence— and leaves them to play out for the audience, if there be any (and if there isn’t, that’s just fine with Cage). McCallum could’ve put on a Cage concert and saved himself loads of volunteer-hours.

Would it be Mozart?

“I’ve no doubt that if we ran this experiment for longer, using bigger, faster computers, and millions of people rather than thousands, and for years, instead of months, we could evolve fantastic music,” says Leroi. “Would it be Mozart? No, I don’t think so. It would have no composer behind it; it wouldn’t be the act of any individual musical genius. It would just be the people’s music in its purest form.”

There is no People’s Music. I have no idea what “music in its purest form” means— and neither, I suspect, does Dr. Leroi.

All music— even folk music— is created by a person, never by People (unless it’s a small group of people playing together, and somebody else is buying). These persons make decisions. If the music’s good, somebody else will repeat it.

Music changes, of course. But it doesn’t evolve.

Music isn’t better now than the music of centuries ago, however much it has changed (and it hasn’t changed much). There is as much music in Machaut as in Mahler.

Today’s music isn’t even more complicated. Try singing Ockeghem without having your life flash before your eyes. Follow, if you can, a Senegalese griot plucking a harp made out of a gourd, or beat two sticks to a tune from the mountains of Transylvania without getting lost. Do that, and suddenly “modern” music doesn’t look so difficult.

On behalf of composers everywhere, let me say this to Dr. McCallum: When you evolve a mosquito into a fruit fly… no, better yet, when you write a program that evolves a paper on evolutionary developmental biology, that will attract our attention. Until then, we’re safe.

Dr. McCallum’s premise was all wrong, anyway. Music never comes from noise. It comes from a human soul, singing.