[This article republished with permission from the Broad Street Review.]

And I could say Oo oo oo… 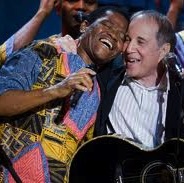 Most of my recent case against the evolution of music concerned itself with the mechanics of DarwinTunes, the program touted as making composers unnecessary. (See “Can computers replace composers?”)

I wrote that what composers do is too complicated to be aped by an “evolution” machine, even a machine requiring human tweaking. A composer could create in ten seconds what DarwinTunes has taken months to come up with.

But complexity and inefficiency aren’t the main problems, huge though they are. There’s the nagging thought, after all, that computers might become good enough, some day.

Computing power and speed grow at an astounding rate. Computers already beat chess masters; it must only be a matter of time before a violin sonata succumbs.

Why should I balk?

For years, composers themselves have developed programs to do this very thing: produce notes. Fugal responses, 12-tone matrices, and the most Gordian of algorithms are available at the click of a mouse.

Interactive software “performs” alongside musicians in concert, listening and riffing. Styles are dissected, and computer-generated music can sound just like the music of “real” composers. And if it’s not amazing, we shouldn’t quibble, since many of us “real” composers don’t always sound amazing, either.

Computers, then, are already combining notes on their own. Why should a composer like me balk at computer-evolved music?

There are many reasons. Here are three.

It’s a greater or lesser mix of one and the other, and perhaps that’s a peek into the difference between good and great music. But what’s important for now is this: Behind every “Oo” is a “Thank you.” Every artistic impulse is a giving, and every artistic response is a thanksgiving.

Gifts and gratitude exist only between beings. The artist feels a need and fills it; the audience feels the same need and is filled. We come—this is the amazing thing—we actually come with different needs, but we’re shocked into recognition. We see ourselves and give thanks that someone else has seen us.

A second reason is that computers are stupid. Literally: They’re mindless machines that can do only what they’re told. The telling comes from architecture and materials, but ultimately from the sine qua non of the code. Code is everything, and code comes from a writer.

The computer is simply a tool. It’s a really fast tool, but really dumb, so it has to be told—step by minuscule step—what to do. One misstep and it won’t work at all. Composer/ programmers tell it what notes to spit out, in what order or according to what parameters, and it obeys.

“Computer music” is no more music by computer than “violin music” is music by violin.

But there’s another reason.

To crystallize my thoughts, I was trying to think of music that’s strong and human. But strength and humanity are mysterious. I couldn’t define them.

I thought of “Lord, have mercy”: thousands of settings of three words that have pierced centuries of souls. I thought of the sledgehammer that follows, in Beethoven’s Ninth, “Oh friends, not these tones.” I thought of “Vincerò! Vincerò!”— six throwaway pitches that Puccini burnishes into a shuddering, impossible passion.

I thought of music with groanings too deep for words, such as a Bach sonata played on one violin.

I don’t know how that mysterious strength and humanity come to light. Nobody knows. And that’s the third reason.

DarwinTunes, as diverting as it may be, barely scratches the surface of music, because even if all the known complexities could be quantified and automated, the unknown cannot be quantified. Every composer’s decision is a mix of known and unknown, and nobody—least of all, the composer, the very one writing the code—knows where one starts and the other leaves off.

We dig for diamonds, but we’re always surprised where they turn up. Sometimes we hit them right off, but usually they’re miles away from where we thought they’d be.

Sometimes they’re right next to where we were digging, and sometimes…well, sometimes the diamonds are stuck to our own shoes.