Maybe you were wondering whom I’m voting for

[Reprinted with permission from the Broad Street Review under “From Beethoven to Wagner: The political uses and abuses of music”] 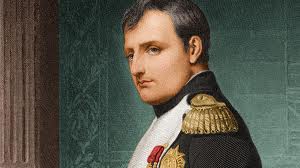 Before you hear any more of my music, maybe you were wondering whom I’m voting for. We’ll get to that after a word from Beethoven.

After hearing that Napoleon had declared himself emperor, the composer angrily crossed out the dedication to him on his newest symphony. This, his third, was to have been the “Bonaparte Symphony.” Now it would be the “Eroica,” the heroic.

That’s one story about the title; there are others. Beethoven had planned to move from Vienna to Paris, and a tip of his hat to the French in a new piece, by way of their leader, wouldn’t have been a bad idea. But the move didn’t happen.

Or, Beethoven was mulling the possible lost patronage if Prince Lobkowitz’s name wasn’t on the work.

Or, the publisher may have had a say in it. Audiences—Viennese or other—might not be overly thrilled about a work dedicated to a man who was gobbling up Europe, no matter how much they liked his revolutionary ideals.

Or, it may not have had a thing to do with any of that. The “Eroica” label may have been a response to the composer’s growing deafness. Years of hearing less and less of conversation caused the sociable Beethoven to withdraw from society. “Such incidents drove me almost to despair,” he wrote in his will: “A little more of that and I would have ended my life—it was only my art that held me back. Ah, it seemed to me impossible to leave the world until I had brought forth all that I felt was within me.”

So there are many stories. But Beethoven’s dismay over a once-loved political leader remains a plausible explanation. We’re all anti-imperialists now, and we applaud Beethoven; but did he improve the work by scratching out Napoleon’s name?

I wonder what we’d think of “Eroica” today if it were called the “Bonaparte.”

In our own time, we’ve lived through a sea change of meaning behind Shostakovich’s Fifth Symphony. We’d always loved it, even while sniffing at its celebration of Soviet greatness. But when we learned that it’s actually a secret exposé of the Stalinist state, a samizdat evisceration of the lie of forced acquiescence, did our love of the work change?

No. Our love of it—our love of music—lives on a different plane. It is Shostakovich we meet in the Fifth, not Stalin. Let the dictator write his own symphony. It is Beethoven we meet in his Third, not Napoleon.

As Gerard Manley Hopkins wrote about the genius of Henry Purcell (another composer exposed to political change):

Not mood in him nor meaning, proud fire or sacred fear,
Or love or pity or all that sweet notes not his might nursle:
It is the forgèd feature finds me; it is the rehearsal
Of own, of abrupt self there so thrusts on, so throngs the ear.

That “sacred fear” brings up religion’s role in music, and it is just as suspect as that of politics.

One work provides a good example of both. Olivier Messiaen wrote his Quartet for the End of Time in a German prisoner-of-war camp; immediately we want to like it because of his striking heroism in the face of evil.

But look further and see the exegesis of Judgment Day from the Book of Revelation, with sections called “Dance of fury, for the seven trumpets” and “Praise to the eternity of Jesus.” If this is not our theology, do we then draw back from what we had first approached?

Depending on how dear our positions are, or how near the surface, perhaps we do. But that’s on us, not the music.

Israel brooked no performances of Wagner within its borders for a long time, and who can blame it? But there comes a time when—if the music is good—we get over its politics or theology. The quibbles, disagreements, even offences dissipate in time. All that’s left is the music.

Messiaen doesn’t move us because he convinces us of Christian eschatology, nor does Shostakovich because of his anti-communism. We don’t praise “Eroica” because we would’ve seen through Napoleon, by gum, just as Beethoven did.

Music opens a door to someone else. It opens us to the abrupt selves of Beethoven, Shostakovich and Messiaen, who thrust on and throng us. In their features we recognize ourselves.

Whom I’m voting for? Right. Well, I think I’ll demur.

If you see me, and yourself, in my music, it won’t matter, will it? If you don’t see me in my music, I won’t have done my job, and it absolutely won’t matter. All we’d do is pat ourselves on the back or argue over politics.