The composing of Red-tail and Hummingbird, Part 2 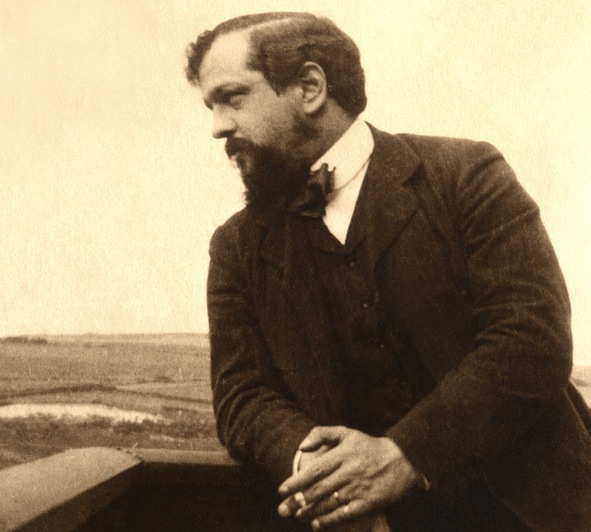 I had created the title; the only thing left was the music.

In describing the composing of Red-tail and Hummingbird, I’m tempted to warn, at every step, that I speak only for myself. I should underline that point for two reasons.

First, some composers who read this will approach their craft differently. I’d be surprised if they didn’t. There are as many ways to compose as there are composers.

Second, my way of composing isn’t necessarily the best way—even for me. But I’m experienced enough now to accept that my way suits me. Working composers share one common trait: They put notes on the page as quickly as they can, and then worry them around. I’m simply describing how I do it.

My greatest inspiration for a piece of music is to hear another piece of music. After hearing a composer’s work, I’ve sometimes said that I wanted to steal it. That’s the highest compliment I can think of giving.

The world in my soul

I had the vague idea for Red-tail of my reaction to seeing a bird fight or chase up close. But I heard no notes. I might have tried making something up ex nihilo, but instead I did what I usually do, which is first to think of music I’ve heard in the past that aroused a similar emotion, and then to re-work one small gesture—a single moment that matched that single emotion. It’s often a gesture rather than specific notes; but in any case, the smaller and simpler the better.

The difficulty here is to pinpoint the emotion. This is the point where most artists fail, right off the bat.

Generic happiness, or surprise, or fear, or praise will produce generic music, just as it produces bland acting, uninvolving painting, and vanilla poetry. Art requires a genuine, specific emotion, from an exact place in your soul. The world enters the artist’s soul, then comes out.

If it doesn’t enter, it remains the world. If it enters but doesn’t come out, it’s meditation. The world and meditation are full of wonder, but they’re not art.

Debussy, looking at the English Channel, didn’t hear La mer. We like to say that La mer depicts the ocean, but think about it; La mer doesn’t sound anything like water, of any kind. Debussy’s reproduction of an ocean doesn’t interest me. I want an ocean that reproduces Debussy.

The hawk and the hummingbird flew into me. How would they come out?

In my musings I recalled something I’d heard Relâche, the Philadelphia-based new music group, perform 30 years ago: The Black Page by Frank Zappa (he called it that, I believe, because the page is sodden with notes). I don’t remember any of the music, but I do remember that it hit me in the gut. I remember feeling one line of music, played very fast, by some collection of voluptuously percussive instruments (it didn’t seem to matter which ones). It was chant, pounded, at ten times the speed, with complex rhythms and harmonies.

This was perfect. Orchestra 2001 and Piffaro had asked me to create a short piece that would involve both groups, to contrast modern and early instruments. Piffaro, the Renaissance wind band, has seven players and dozens of instruments available; 2001 was still putting its program together and the instrumentation wasn’t yet nailed down, but there’d be many.

At first we’d discussed the groups playing together, but I didn’t care for that. These two ensembles are not only pitched but tuned differently. A modern instrument’s middle C is noticeably lower than a Renaissance middle C. That distinction could be papered over by transposing, but there’s a bigger problem.

A C major scale is tuned differently today than it was back then. Put it this way: Renaissance players (like Piffaro’s musicians) have different ears; they listen for different intervals. Moderns play major thirds high, Piffaro plays them low—and that’s just one example.

Mixing modern and early instruments could be done, but it would ratchet up the difficulty for all the players, and it still might sound “off.” Not quirky, kooky “off,” but out-of-tune “off.”

So I suggested one piece for each group to play separately: a Black Page-style rip-snorter. I didn’t care what instruments they played.

They liked the idea. But then I started to think about it.

Nobody loves early instruments more than I, but no instrument does everything well. Renaissance instruments aren’t built for speed, or percussiveness, or chromatics (that is, many sharps and flats). I realized that what was visceral for me in Zappa’s Black Page were precisely the qualities that most early instruments lack.

A modern-instrument Black Page-like piece was possible, of course; but a version for early instruments just wouldn’t fly. I’d be writing against their strength (character, idiosyncratic voice) and hammering their weaknesses (speed and chromatics).

True, recorders can play faster than most modern instruments. Early instruments can also play sharps and flats. But beyond a handful of keys, they produce them with difficulty.

I didn’t want to emphasize percussion, either. I never do (that’s another article), but in this case it certainly wouldn’t help the early/modern contrast that was the point of these concerts.

My perfect idea already was not working.