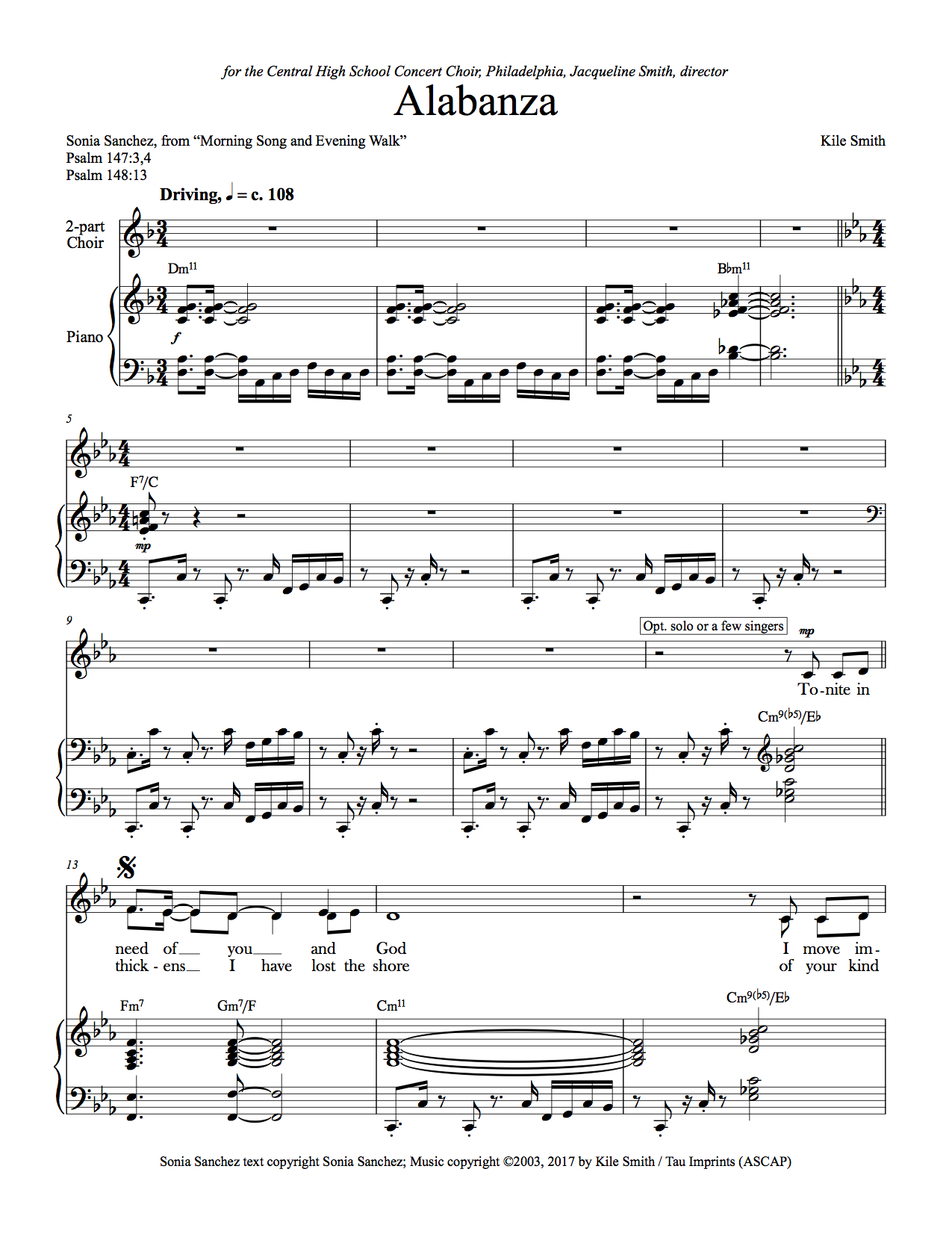 In 1998 Latin Fiesta asked me to write music on a poem by a friend of theirs, the internationally known poet Sonia Sanchez. They have since performed A Song of Sonia Sanchez dozens of times and have recorded it on their CD Amor a la Vida. I also expanded it for their programs with symphonies, adding orchestral backup to their ensemble.

When the opportunity arose for such a program in 2003 with the Pottstown Symphony, near Philadelphia, they asked me if I’d like to compose a companion piece. Alabanza is the result, setting text by Sanchez and from the Psalms. This may be performed with the first work, or separately. In both of these works one may hear not a little pop influence from the 1970s.

The tapping heard in the recording is the onstage dancer.

Tonite in need of you
and God
I move imperfect
through this ancient city.

Quiet. No one hears
No one feels the tears
of multitudes

Alaben el nombre de Jehová, porque sólo su nombre es elevado;
Su gloria es sobre tierra y cielos.
[Let them praise the name of the Lord, for his name alone is excellent;
his glory is above the earth and heaven.]