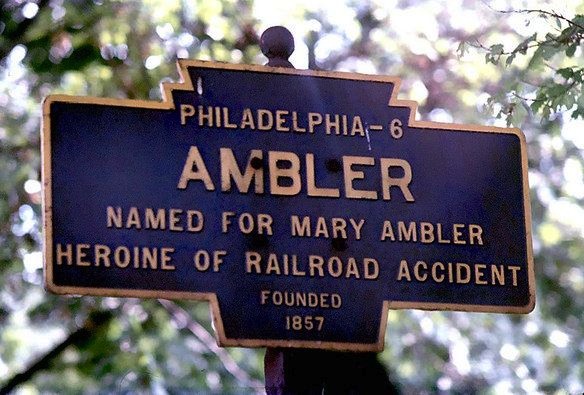 The Chorale for Orchestra is inspired by the history of the Pennsylvania borough of Ambler, giving snapshots of different stages of it through the years. Before there was an Ambler or even settlers here, the Wissahickon flowed through. Wissahickon means “catfish stream.” Not even any permanent Indian settlements were in the immediate area, so natural a setting it was. The opening of the music depicts this pristine landscape.

William Penn had purchased the entire area, and then sold one bit of it to William Harmer, who settled here and opened the first grist mill here. The grain cracks on the stone wheels driven by the running stream. The percussion comes into play, and over it a melody spins, reminiscent of the work of 18th-century tunesmiths. This industry drove what is now Ambler for over a century, as more and more farms and mills came to life along the Wissahickon.

Increasing business brought a rail line, which, along with progress, brought tragedy. The great train wreck of 1856 killed 59 and injured 100, but out of the disaster the townsfolk cared for the wounded and dying. Unison trumpets alert us to the crash, followed by undulating triads of flutes, strings, woodwinds, and finally the entire orchestra. The rescue effort was led by Mary Ambler, who turned her house into a temporary hospital. Her service was honored by the naming of the town and train station after her.

Here enters the chorale, a hymn on the name “Ambler.” A well-used technique of turning letters into pitches is employed. The start of the chorale tune, then, actually spells out Ambler in notes, honoring the town and the 50th anniversary of the orchestra bearing its name. The work highlights each section of the orchestra, and it is a salute to the community of players and the community at large, all working together.