[First published in the Broad Street Review, 30 April 2013, under the title The great debate: Sackbut or trombone?] 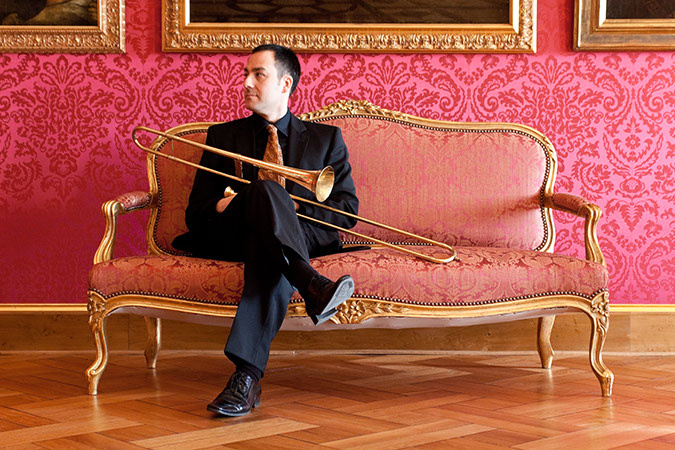 When all you have is a hammer, it’s said, everything starts to look like a nail. The job of constructing an answer to the early/modern instrument question—is the trombone better than its Renaissance/Baroque ancestor, the sackbut?—might start here.

But before addressing that question— first raised in the Broad Street Review last month by Dan Coren—we should look at two conventional answers—both wrong.

The first answer: Yes, the trombone is better. It’s bigger, louder, lower and brighter than the sackbut; ergo, it’s better.

That answer is tempting but wrong, for the same reason that modernism per se is tempting and wrong. Modernism contends that we’re better because—well, because we’re here and everyone else is dead. Those who came before us were good only in so far as they paved the way for us.

So modernists play the sackbut in the scales of the trombone and find the sackbut wanting. They’re like a baseball player who, having been sent into a game as a pinch runner on third base, thinks he hit a triple. All children think they’re tall on the shoulders of their fathers.

One cure for modernism is to see it for what it really is: chronological chauvinism. We call an age Middle or Dark only when we believe we’re Top or Light.

The second customary answer—that neither the trombone nor the sackbut is better than the other—is also wrong. Those who give this answer say that “better” is an illusion. Judging instruments is meaningless.

Still, the erhu sounds, well, weird to our ears. With a little good will, we presume that the fault lies with us. Yet the thought nags that Tchaikovsky’s Serenade sounds better on violins.

In other words: a hammer’s great for pounding nails, but don’t paint your house with it.

So the right answer to the early/modern question is this: Both the trombone and sackbut are better. As with every question about music, the answer depends on the music.

Why use sackbuts in 2013? I can think of many reasons, but I’ll give just one. No other brass instrument can play full out, deep into its ruddy sound, and still blend quite so well with voices. Sackbuts blend with soft and loud instruments, with recorders or flutes or organs or shawms. A gang of them perfectly balances one singer.

Try that with trombones and you’ll always be shushing them (trombones can play gorgeously quiet of course, but trombonists are forever being shushed). Or you’ll need to increase the number of singers or instruments, or introduce microphones, all to rejigger the balance. Which means you’ll alter the tone, definition of attack, and a dozen other qualities.

From cornet to trumpet

Musicians adjust and get away with a lot when they must. But music isn’t about getting away with stuff. If Monteverdi wrote for sackbuts, then use sackbuts and glory in the sound. Why ever would we change Monteverdi?

Mahler wrote for trombones; use them and they’ll play fully into their sound (and clean house). Why would we change Mahler?

Actually, the trombone evolved from the trumpet—trombone in Italian meaning big tromba, or trumpet. The sackbut comes (probably) from the French sacquer and bouter, the “pull-push” describing how it’s played. Once the trombone got its sea legs, it became a different instrument from the sackbut. Improve a sackbut now and you get a better sackbut, not a trombone.

When Louis Armstrong switched from the cornet to the brasher trumpet, some folks thought he was making a mistake. But Armstrong’s playing changed. The size of bands and venues changed. Soon, everyone switched to trumpet. But the cornet remains as beautiful as ever. Fashion changed; instruments didn’t.

As for the earliest instrument of all—the human voice—there’s not even a question. It’s always been early and it’s always been modern. David may have sung his psalms as a Heldentenor, for all we know (Wagner wasn’t around then—too bad for Wagner, perhaps—to define the voice type).

Notes need to be hit, and some even nailed; but the hammer isn’t the only tool in our tool belt. What’s the best tool? The answer is simple: What’s the job?