The Red Book of Montserrat premieres at Kimmel 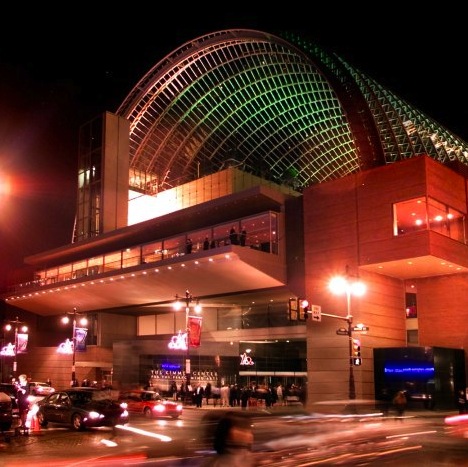 I could hardly have been happier at the premiere of The Red Book of Montserrat last night at the Perelman Theater in the Kimmel Center, Philadelphia. This newest string orchestra work is a 20-minute suite commissioned by the Philadelphia Sinfonia, Gary White, music director. There’s more information here about the work and how I went about composing it.

One of the things I wanted to make sure to mention in my remarks from the stage before the performance was how fortunate I felt in having these young people play my music. I said that I was looking over my shoulder a bit, because The Red Book was sandwiched between Mussorgsky’s Night on Bald Mountain, orchestrated by Rimsky-Korsakov, and Scheherazade, composed by Rimsky-Korsakov.

I hold R-K in the highest reverence as a composer and most especially, as an orchestrator (you can’t really separate the two, but that’s another article), and so, as I felt Tchaikovsky’s presence last week with Three Dances, I was certainly aware of Rimsky last night. He can spring an orchestra’s sound off the stage like nobody else. I was laughing and shaking my head at all the brilliant instrumental chess moves he was making all evening.

But, as I said before my piece, I had an ace in the hole: the players of Sinfonia and their conductor. They were marvelous. Red Book made its impact with their impassioned performance. The many small (and not so small) first-chair solos were lovely, the overlapping washes of sound in the fourth movement were delicious, the dance rhythms were crisp, the sound was big and juicy.

As I also said, I’m honored and humbled by being allowed to compose, and to compose for the Philadelphia Sinfonia. A thrilling performance, a thrilling concert!