[First published in the Broad Street Review, 27 May 2013, under the title The bearable weight of a German chorus.] 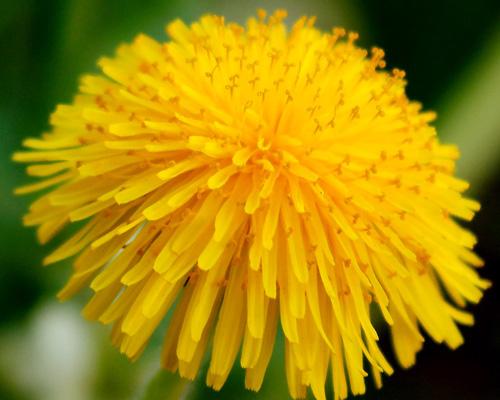 Would I be their Ansager at the spring concert? he asked. He sings in the Männerchor, the German men’s choir that performs, along with the Damenchor, at a local German club, the Vereinigung Erzgebirge in Warminster, Pa. I’m not a member—I can’t make the rehearsals—but they allow me to come in at dress rehearsals and concerts to sing with them, because my wife Jackie is the director.

Ansager is announcer, but in this case, what they want is an emcee, someone to speak for them, to introduce songs briefly, to keep it moving, while perhaps throwing in a German phrase here and there.

Many of the choir members come from Germany, but not all. Many have lived here for decades and speak English well but still with heavy accents. Some are American-born yet fluent in German; and some, like me, speak only a bit of it, and poorly.

Some don’t speak German at all, but pronounce it for the music. Some mix German and English together when they’re among friends and relaxed and the words flow.

They’re singing popular songs, folk tunes, and classical works by Schumann and Brahms. Since it is Wagner’s 200th anniversary, they bring out a few of his operatic choruses.

The Damen sing a song to a flower: Löwenzahn—lion’s tooth, just like dandelion and dent-de-lion from the Latin dens leonis, since the leaves are jagged. One American-born lady had asked, weeks earlier, “Who’d write a song about a weed?,” so another lady (German-born) brought one in. It was impressive, perhaps because it was in a pot and you never see a dandelion in a pot, but it was truly a fine specimen, its full yellow bloom bright and buttery and warm, big as a marshmallow.

“I dug it out of my neighbor’s yart,” she confided with a smile. “Day had lots of goot ones. Day’re getting a divorce or sahmting, day’re never home, so I didn’t tink day would mind.”

She brought it into the dress rehearsal and everyone laughed. By concert time the next day, the leaves had wilted and the flower had drooped, but no matter. Walking to the microphone to introduce Löwenzahn, I carried it with me. The biggest laugh of the night swept across the audience.

They also laughed before Wagner’s Flying Dutchman chorus, “Steuermann, komm und singt mit uns.” The sailors tell the ship’s steersman to leave his post and sing with them. I’ve forgotten so much German but somehow I’d remembered that Steuer means “tax.” I began, “Now, this next song is not about the I.R.S.,” and the Germans laughed. Not bad.

They want to sing well but these are not Künstler, artists. These are amateurs, Liebhaber, literally, they have love. My wife understands this, and while she pushes them past what they think they can accomplish, she doesn’t push much further. They love the music and singing but also the laughter, the eating and drinking, the stories, the gemütlichkeit.

One man told me he met Frank Sinatra in 1948 when Sinatra had come to his church in Vienna. “I didn’t know who he wass, sahm little guy singing Christmas songs. But he wass good, you know. After the concert he handed out karten, oh what are those, fliers, with hiss picture. Then I came here later—he wass a big shtar then you know—and nobody could believe I met Frank Sinatra. But it’s true. I have that picture sahmwhere, I should find it.”

This is the first time I’ve sung Wagner’s chorus, “Freudig begrüssen” (“Joyfully we hail the noble hall”) from Tannhäuser. The bass lines are trickier than I thought. Quirky somehow, lighter for all the boldness. And then I noticed why. Wagner inverts chords.

The chorus is in B major and the B major triad is B, D-sharp, F-sharp. Composers invert chords all the time of course, but on strong cadences, chords will just about always have the root of the triad—in this case, B—on the bottom. It’s strongest that way. There were plenty of those, but at very important spots, instead of the B, Wagner gives the basses the D-sharp or F-sharp above. It’s the same chord, just inverted or tumbled a bit.

It’s thrilling yet unsettling to land on that chord, like entering your house through a window. Then Wagner flips you again. He often goes from B major to E major, a common progression. Classically, you’d take the smallest steps possible for each voice to change chords, so, the D-sharp in the first chord normally ratcheting one half-step up to E in the second chord.

Wagner, however, vaults the basses from the already unsettled D-sharp, over the E and up to the equally unsettled G-sharp, the third of the E major chord. You keep thinking you’re landing, but he keeps putting it off. It’s so simple, yet I don’t think I’ve ever seen this voice-leading before, in this kind of music. Nor would I have, if they hadn’t let me sing “Freudig begrüssen” with them.

Playing violin is a man who was a boy in Leipzig after the war. He paid for lessons by bringing, instead of money, a piece of coal to heat the furnace.

A man sitting at a table by the windows grew up on a farm near Dresden. He was 13 when he saw the bombers flying over his fields in 1945. Then he heard the thunder, the sound of a city exploding.

The man who first asked me about being the Ansager comes from a German-Hungarian area. Soldiers came, after they thought they were safe. They put people into two lines. He was a little boy, and was separated from his older brother. In line, he turned to see where his brother was, and saw a soldier put a pistol to his brother’s head and fire.

I stand in a line with him. We sing to the Steuermann and to the noble hall. Would I be their Ansager? Would I speak for them at the spring concert?