WRTI asked some of us to write up brief descriptions of music from our 60th Anniversary Classical Collection. We took listener classical favorites, put them together in a 3-CD set, and gave them as thank-you gifts for a $160 pledge to WRTI in the most recent fund drive. (We assembled a similar gift for our jazz listeners.) There are still some available.

I was asked to describe six works: the Franz Biebl Ave Maria (below), the Gerald Finzi Eclogue for Piano and Strings, the Morten Lauridsen O Magnum Mysterium, the Mozart Ave verum corpus, the Stanley Myers Cavatina (the theme to The Deer Hunter), and the Randall Thompson Alleluia.

It’s delightful but challenging to say just one or two things about a piece, and most of all, to keep it short. How well I’ve done, you may judge, but I did have a lot of practice a few years ago, when the Free Library asked me to do similar write-ups on the 46 musical works mentioned by Steve Lopez in his best-selling book on the homeless man who had gone to Juilliard, The Soloist.

Here’s the first one; I’ll post the others subsequently. If you go to WRTI and pledge, tell them you read about it here (you’ll make Marilyn happy)! 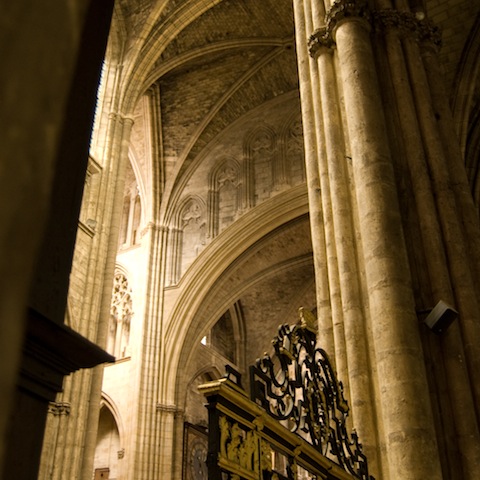 In 1964 a German fireman asked Franz Biebl (1906-2001), his church organist, to write a piece for the men’s choir at the firehouse. He did, they sang it, and it was forgotten. A few years later, though, Biebl, directing music at a radio station, showed it to the touring Cornell University Glee Club.

They took it back to the U.S. It started to be known, and when Chanticleer recorded it, it became a worldwide hit. Biebl and others have arranged it for different ensembles, vocal and instrumental (the radiant, surging harmonies transport alike a mixed choir or a drum and bugle corps) but the sound of the original double men’s choir version is unmatched.