[Christianity is just peachy without all those Christian parts, wags someone’s finger in the Broad Street Review. My response below, published in BSR, 20 Aug 2013, under the title Breaking news about the Virgin Birth (a response).] 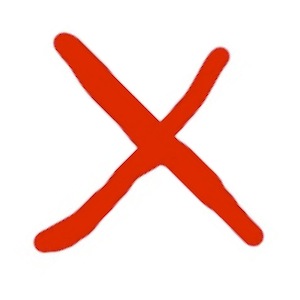 A retired Episcopal bishop from the northeastern U.S., John Shelby Spong, said that Christians, who ought to be relevant, should not believe in, nor do anything different from, non-Christians. In agreement, millions of churchgoers in the Northeastern United States stopped going to church.

Billions of Christians in expanding churches in other parts of the U.S., Africa, and Latin America could not be reached by BSR.

Belief in the Virgin Birth, Spong said, is plainly ridiculous to moderns, who have found, through repeated experimentation, that babies are born after people have sex. This newly discovered fact was unknown 2,000 years ago, he said, and explained the outdated doctrine.

Cultures in ancient times were also unaware that dead people stayed dead. “We’ve done extensive research and polling and totally know all about that now,” Spong said, “but this is why they could believe something as silly as Christ’s Resurrection back then.”

Calling for a new Reformation, Spong said that the only way for Christianity to truly realize its potential was to own up to its sin and become non-Christian. Asked to specify what type, he said that he hadn’t made up his mind, but had heard that since Jews out-number those in his own denomination, he’d look into which branch of Judaism would be best.

In a combined statement, leaders of Reform, Conservative, and Orthodox Jews said, “We’ll get back to you.”

Spong’s followers, numbering in the dozens, once formed a group called The Jesus Seminar. They wrote a book attempting to show that any part of the Bible was wrong if it described Jesus as being different in any way from a retired bishop. They voted many times in Berkeley with colored beads and wrote their book over eight years. While it was a really big book, they couldn’t agree on which parts of the Bible were wrong. But they all agreed that it had to be wrong.

The Jesus Seminar holds agreement with itself to be very important, calling it scholarship. The Bible’s agreeing with itself, however, they call “circular reasoning.”

In other outreach news, Quakers confirmed that they are forming a militia and will offer free Mixed Martial Arts instruction at their new meetinghouse in Idaho. The Chief Rabbinate of Israel announced that it would no longer adhere to that whole one-God thing. Meanwhile, Coca-Cola unveiled “New Coke,” a product based on extensive research and polling.

Richard Dawkins, noting that the percentage of self-identified atheists has fallen from 4 percent to 2 percent since the 1940s, said that while he is still opposed to an omnipotent, omniscient God, he is personally ready to accept a Supreme Being who is physically fit and/or slightly clever.

Virgin Birth- and Resurrection-believing Christians in North Korea, Saudi Arabia, Iran, Somalia, Bhutan, Yemen, and China continued to believe, and continued to hide. God Himself declined to comment, explaining, “I’ve got my hands full with Egypt and Syria right now.”