[Broad Street Review published an edited version of this 9 Sep 2013 as Composer’s challenge: From quartet to piano.] 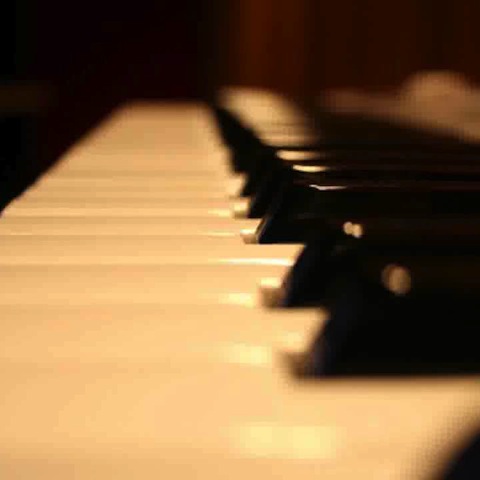 Having slid head-first into the double bar of the song cycle Plain Truths for baritone and string quartet, all I needed to do in the week before the deadline was to dust myself off with piano reductions of the two new songs. I had added them to the five from 2011, and also created a requested choral part. The veil over this new version will be lifted November 16th by baritone Randall Scarlata, the Newburyport Chamber Music Festival String Quartet, and The Candlelight Chorale.

The deadline was September 1st. I forget now if that was my deadline or theirs. I remember the phrase “the choir would like it in September,” but rather than looking through all the emails, I treated Sunday, September 1st as my drop-dead.

I sent in the full score and piano reduction August 31st, and the individual string parts on the 1st. Along with the written music I sent the computer-generated recording. These digital audio approximations welter my ever-lissome vocal lines into one long “Arrr, ar, arrrrr…, ar, ar, ar, arrrr…,” but they serve the purpose of a quick introduction. The musicians can also hear, beyond seeing Andantes or Quicklys or metronome markings, what I think the tempos ought to be.

Making the piano reduction, I confess, I have always looked on as drudgery. Too harsh a word, perhaps, but in any case as work that is not composing. In the post-compositional glow, having beheld the glorious wave of creation washing over the numinous sands of human existence, one wishes only to seek new vistas, to conquer new territories, to write a new piece.

How dreary it is to rewrite for piano what one has just written for strings. But it must be done. The choir’s pianist jolly well likes to have a piano part, and if the song cycle is ever to have a chance for more performances, it’s easier to tempt one pianist than four string players. But after weeks and months spent sculpting the two violins, viola, and cello—shaving, nudging, and coaxing them into a blossoming garden of counterpoint—you reach for the hatchet and the pry bar and start whacking.

You’ve written, for instance, a high, repeated bit for the first violin, chirping an octave or two above everything else. Below that, the second violin plays a longer, languid phrase overlapping the first’s. On the bottom, the cello hops high, then very low, well under the viola, who has pride of place with a tune ranging up over the second violin at times, at other times meeting with the cello in surreptitious parallel thirds.

Leaving aside the challenge of translating the character of four distinct lines played by four distinct voices onto the keyboard, some of the notes are simply impossible to play simultaneously by two human hands wielded by one person. The notes are too far apart. So, what to do?

In this world one does what one must, and chooses, moment by moment, which event is most important. You sacrifice a high or low note, eliminating it if it’s repeated nearby, or moving it an octave if the insertion isn’t jarring. Or you keep it because the effect is too good, and trash something else because that’s now out of reach. Or you delete a filigree in the middle to embolden a harmony or to make a tune sing better on the keys.

You revoice. This is a gentle way of saying you grab a note by the collar and heave it across the room. And after all the inserting and deleting and collaring and flinging, you revoice again because now it’s just herky-jerky. The notes fit under the hands, sort of, but now they’re just that, a spreading agglomeration of stagnant pitches. The line vanished somewhere along the way. Now you have to make it smooth, make it pianistic.

So you rework it again, but now you ignore the original and put your head down, bearing in, redrawing phrasings, picturing a right thumb tolling this note, the left pinky catching that one at the start of an arpeggio that used to be a cello’s double stop but now, for the piano, is…

It’s called composing; look at that.