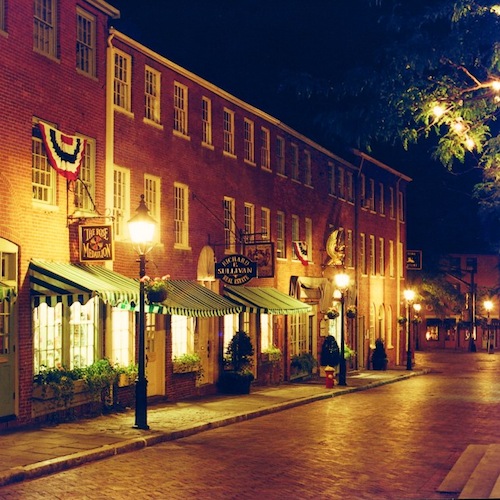 What a blessed community is Newburyport, Massachusetts, briefly seen for four days during the Newburyport Chamber Music Festival. On Saturday night, November 16th, in a packed auditorium at Newburyport’s City Hall, the Festival presented my Plain Truths along with other works from its 12-year existence.

Led by that most rarified of ensembles, the string quartet, it was all new music; every work by a living composer, including two premieres, choir, electric guitars, foot-stomping, and sound effects; the audience—not a new-music audience, mind—had a blast.

It was a delight hearing all the pieces. Peter Gilbert‘s Awake and Shine for acoustic guitar and string quartet is an utterly delicious treatment of three hymn tunes, using the gorgeous playing of guitarist Daniel Lippel. Captain Samuels Speaks to the Sea, for string trio and narrator, is by Melissa Dunphy, and it was very effective. A local gentleman from the choir narrated, the emotional power doubling by the calm plainness of his recitation.

Cellist, composer, and recovering guitarist Kenneth Woods premiered his Demonstrations for electric guitar and string trio, a wild ride of dueling declamations and nuance. He even put down his cello at one point, and picked up a second electric guitar to mash into Lippel’s virtuosic playing.

Andrea Clearfield‘s Three Tenses of Light used chorus (with soft sound effects including the swishing of fingernails on music folders) with the string quartet. It’s a setting of text by local poet Rhina Espaillat, undulating haikus celebrating the play of light on the northern Massachusetts landscape of marsh, loosestrife, and black grasses.

I could not have been happier with Plain Truths. (More about the piece here.) This was the world premiere of the new expanded version. The changes from the 2011 original version included adding two new songs, and adding chorus to those and to two others (it can now be performed with or without chorus, with string quartet, or with piano). Also, the original was written for the wonderful bass/baritone Jeremy Galyon, but 2013 brought baritone Randall Scarlata to this Festival. So we came up with a couple of optional notes here and there, but that was really the only adjustment.

Scarlata was magnificent, changing emotional color as needed throughout these mini-operas. He has to sing the violent table-slamming of abolitionist William Lloyd Garrison, the eccentric blustering of “Lord” Timothy Dexter, and be both boy and girl in a romance novel. Tender in “Annie Lisle,” haunting in “Remember Meho,” celebratory in “Homing In” and Garrison’s “Spirit of Freedom,” Scarlata became each persona and took the audience on a wild journey through the cycle’s half-hour. His performance was vibrant all the way through; how wonderful to hear him sing these!

Bill Plante, the young-looking nonagenerian and retired Newburyport newspaperman, whose poem I set for “Homing In,” was at the performance. He set the stage beautifully (and effortlessly) by reciting his poem before the cycle started. I was so glad to chat with him after the concert and hear more about the town’s history and renewal.

Violinists Angel Valchinov and Heidi Schaul-Yoder, violist David Yang, and cellist Ken Woods make up the quartet and were superb. With a glowing, supple, and precise sound they were relentlessly good. I had to shake my head at how much new music they were playing, and how bristling and unflagging they were, strong, detailed, and singing throughout.

The Music Director of the Festival is David Yang, who’s a house afire of ideas and energy. Newburyport resident Jane Niebling runs the Festival with David, and with her husband Mark and a bevy of volunteers graciously hosts gangs of musicians marauding through town. She juggles all the never-ending details of concerts, previews, and lectures at a growing list of venues.

I’m fortunate indeed to have been in the middle of all this musicianship, talent, and love, even for only four days. What a community is Newburyport.