Behind the Scenes at All-City

[First published in the Broad Street Review, 4 Mar 2014, edited for space, and reprinted by permission.] 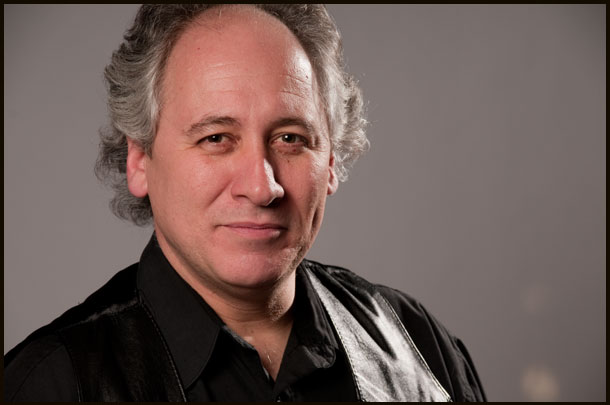 “At measure…ah, great! All ten of you are here, the whole bass section,” says the conductor as a young man carrying a double bass walks up the four stairs to the stage. “That B-flat is lower than you think,” the conductor continues to the basses. They play; it settles in. “Yes. Really hit it. You’re on four, right?, and the celli”—he looks at them—“the and of four. Good? Here we go. Four, one, two, three, Four, one, two, and, Yes, good,” he says, “okay, that’s good,” and waving his arm, cuts them off, while the player takes his place in the section.

“And we’re starting at 11:45, not 12. I know it’s tough for some of you who have a ways to get here, but we need all the time we can get, so 11:45, okay? Violins,” he turns his head, not letting one moment of silence take root, “your spot again,” and they play 16th-note fiddle music, deedle-deedle-dee, deedle-deedle-dee. Aaron Copland’s music is attractive, but it’s hard, even for professionals, to line up some of his sonorities.

And this is high school. Everyone calls the All Philadelphia High School Music Festival, running since the 1940s, “All-City.” The music director since 2005 is Don Liuzzi, and he’s conducting Copland’s Lincoln Portrait at a strings-only rehearsal at Girls’ High, Broad and Olney. A few weeks until the concert, he’s bearing down, little by little.

Bring it every time

“No excuses.” He’s talking to the cellos. They laugh when he imitates a whine. “Oh, ‘I’m tired. My cello stinks.’ No excuses. You have a bow? Use it. He takes a step in their direction. “More sound! Daaah… Da DAAAHHH!”

They hit it again. Liuzzi leaves his music stand and walks closer, “Come onn.” He holds his left fist up while conducting with his right, watching their bow arms, eyebrows raised, crouching in like a boxer, and at the next downbeat, now at the back of the section, where some aren’t used to being this close to the conductor, he raises up, surprising them with a field holler just before a big downbeat. “HAH!” Violinists flinch. The cellos stick it this time, Baaah… BA BAAAHmm. “That’s it, yes!”

Cut-off. “You’re a good section. I know it.” Their faces turn up to his. “But bring it every time.”

Don Liuzzi doesn’t have to do this. Since 1989 he’s the timpanist of the Philadelphia Orchestra. But in addition to that—and in addition to performing and recording new music, teaching at the Curtis Institute and other places, being the coordinating producer of the Philadelphia Orchestra documentary Music from the Inside Out, making CDs with the DePue Brothers Band and the Philadelphia Percussion Project—he’s had a lifelong love of working with kids. He’s conducted youth orchestras and led master classes around the world. He played marimba once on Mister Rogers’ Neighborhood.

“He has a huge heart,” a teacher whispers during rehearsal. “He gets instruments for kids, gets lessons paid for. People don’t realize how much he does.”

“I was in All-City when I was in high school,” he says during a break, while players snack on Goldfish crackers and drink from plastic bottles of iced tea. “This is important. These students need this. The School District…the City needs this.”

A few seconds of silence

“Seconds,” he addresses the Second Violin section. “By yourselves.” The kids on stage are already quiet—they know how to behave; playing music together teaches you that—but now there’s complete silence.

He says softly, “One. Two. Three. And.” They play, not badly at first. But the longer they play, the more it wobbles. Some start playing faster: the most common mistake. Even experienced musicians rush, the tendency being to play too slow in slow music, too fast in fast.

He starts snapping his fingers on the beat, but it doesn’t help. The wheels are falling off.

“Okay.” He nods and sweeps his arm. They peter to a stop. He doesn’t have to tell them they’re not getting it; they know. He allows, this once, a few seconds of silence to sink in. Nobody moves.

“You think you can’t do it. You think this is too hard.” It’s almost a question. They’re getting frustrated, but he won’t allow it. “You think it’ll still be this hard next Saturday?” He looks over all the strings and says in a you-know-better-than-that voice, “Come on.” To the seconds: “You’ll get this.” A few shy smiles appear.

“Here’s what we’re gonna do. Left hand only.” They’ll finger the notes on the violin, but not play with their bow arm, just feeling the pulse into their fingers. “Three, four,” and they start. But he turns, looks back, cuts them off. The auditorium doors have been open the whole time, but now, the sound of the brass and winds, rehearsing in the band room down the hall, distracts.

“All those doors open. Could somebody,” he looks at a parent sitting in the back, “could you…?” The person gets up to close them. With the wait, some of the basses start shuffling, rearranging how they’re standing. Liuzzi doesn’t look at them but holds a hand up. “Basses.” They stop.

Silence. Everyone looks at the director, whose hands, in the air, are motionless. “Woo-HOO!” A girl’s voice rings out from the firsts. “Yeah!” from a bass, and all the musicians—on this stage they are not kids, not even students anymore, but musicians—breathe, and break into cheers. The seconds look at each other and smile.

“Okay,” says Liuzzi, giving the victory its moment. “Good. Good.” But there will be two and a half hours more at Broad and Olney today. He glances at his score. “Everybody, measure one seventy-three, one seven three….”

The Philadelphia All-City Orchestra will perform at the Kimmel Center, 300 S. Broad St, Philadelphia, on March 10th at 7:30 pm. Tickets will be available to the public at the door on a first-come, first-served basis beginning at 7:15 pm.