How to Finish a Work

[First published in the Broad Street Review, 1 Apr 2014, as “The double bar.” Reprinted by permission.] 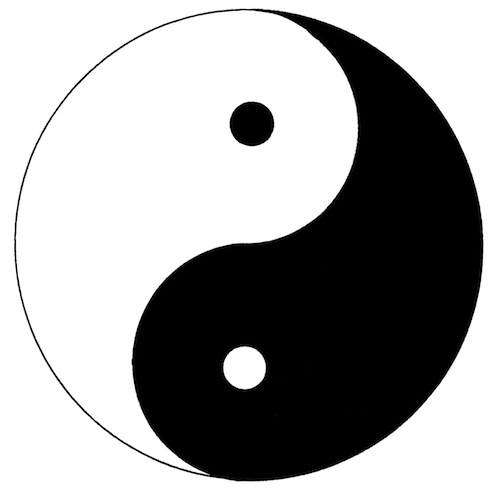 Celebrating the completion of the new orchestral work, I pruned two trees in front of our house.

That’s not really true. Oh, I did prune those trees, kwanzan cherry, good street trees. Some of the branches were starting to reach into the wires and needed re-orienting before they got out of hand.

And while, yes, I was celebrating, I was not celebrating the completion of the work. No, in fact, pieces are never finished. I was just happy that I was finished with it.

Every bit of music I’ve ever written, with two exceptions, has been for actual performances. One exception was a chamber work I wrote for a competition. Don’t ever do this, by the way; it’s a terrible idea. Unless you win. If you win, it’s a great idea. I didn’t win.

The other exception was music I wrote for a friend who was dying. He wanted a certain text sung at his funeral. It must’ve been a secret, because I was apparently the only person he told. I don’t regret composing it—he was thrilled when I told him I was working on it—but two decades after he died it still awaits its premiere.

On every other piece I hit the final double bar and then send it to the people who wanted it. A barline is only a symbol, though, and symbols only hint at reality. In truth, I’ve often glided into the end without realizing until later that I’d reached it. “Oh,” I’ll say a minute or a day later, “I guess that’ll do.” Sometimes composers say they write the ending first, but I’ve never had that experience. Usually I have a vague idea of how it will end, but nothing more concrete until I get there.

The journey, not the destination

And all the fun is in getting there. The thing composers love about composing is, of course, the composing. Sadness always accompanies the end of a piece. We’ve worked on it and we’ve loved it, and each piece tells us something new about composing, about life, about ourselves.

So hitting the double bar often means seeing it coming and ever so gently applying the brake, gliding to a stop. It’s the way we’d drive if we had to take a president or a wedding cake somewhere. We come to a stop, but almost, I don’t know, regretfully, because once we hit that double bar, we have to give the piece away and stop composing.

If things went well, you’ve been working a long time on it, and by the deadline, you’re just tweaking and nudging. With the big decisions long ago wrapped up, and with technical aspects like part extraction in hand, mopping and polishing become the routine in the days leading up to the deadline: the alignment of mezzo-fortes in the score; the feathering of sounds.

But each small thing—the tapering of an oboe out of a trumpet line, the rephrasing of a violin—leads to another small thing. If this line is rephrased, mustn’t similar passages likewise be changed? When clarinets answer the now rephrased strings, shouldn’t they respond differently?

All these decisions are small, but all work is small. (“Don’t sweat the small stuff” is poster bilge, salve for indolence.) Every change is consequential. But if given their head, the changes would gallop in all directions and you would never find the piece. Or you could tweak forever, a Zeno’s paradox of advancing by halves, never reaching the end. What to do?

We cannot jump up without first crouching, without raising up on our feet, without sinking into our legs, without moving arms forward before backward before forward, without inhaling, without exhaling. Yin and yang arise together and are interdependent but we cannot get to the bottom, top, beginning, or end of yin or yang. If we tried to, we would never jump, never walk, never breathe.

But we do breathe. We don’t know where the wind comes from or where it’s going, but trees will sway. They’ll even pull wires down.

What to do? Hand in the piece at the deadline, that’s what to do. I pruned the trees after the music was done, even though music is never done. I may not know the end of music, but a deadline gives me a gift, one great, true gift.