Discoveries from the Fleisher Collection, Saturday April 5th at 5 pm 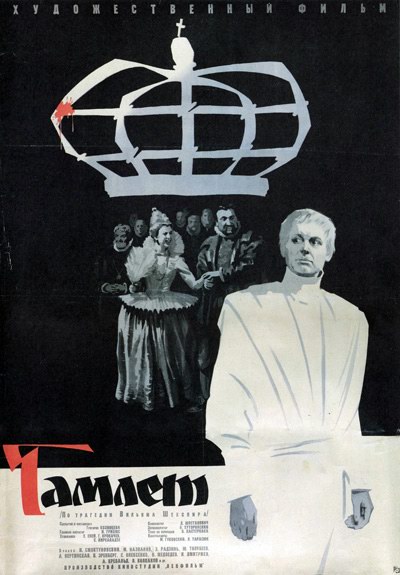 We celebrate the 450th anniversary of the birth of William Shakespeare, who lived from 1564 to 1616, and well-apparell’d April (Romeo and Juliet, act 1, scene 2) being the very month he was born, approves our dip into Fleisher’s Shakespeare list once more.

The Free Library of Philadelphia is celebrating the Bard’s birth (find all the events here)—our whole city is much bound to him (Romeo and Juliet, 4, 2)—so we’re happy to join in the great coil (Much Ado About Nothing, 3, 3) with more of the many Fleisher works inspired by Shakespeare. To discover all such titles in the Fleisher Collection, only send an email to fleisher@freelibrary.org, and the list will fly swiftly to you with swallow’s wings (Richard III, 5, 2).

One year, 1861, saw the completion of two of the works on the program today. One is the Overture to King Lear by the Russian Mily Balakirev. That a composer known for energizing the Russian nationalist school of music would write a work connected with an English playwright is interesting. But Balakirev’s horizons were broader than the mere use of folksong.

Tellingly, he also supported the career of Tchaikovsky (when other Russian nationalists were grumbling about the European—meaning non-Russian, meaning German—sound of his music). Tchaikovsky, of course, loved Shakespeare. Balakirev’s early Overture to King Lear shows that the composer, although largely self-taught, knew the “European” orchestral style well. Even though he finished the work in 1861, he revised it 40 years later, after a long withdrawal from the music world.

It could hardly be more appropriate than to have music about the Danish Hamlet by the Danish Niels Gade, the most important musician in his country at the time. Nationalism was also in the air in Denmark, and early in his life Gade studied Danish folk traditions. But he went to Germany, taught and conducted there, and when he came back to Copenhagen his style was more international: this, in 1861, is the sound of Gade’s Hamlet.

Carried with more speed before the wind (The Comedy of Errors, 1, 1), we fly a century later to music from the 1964 film Hamlet by another Russian, Dmitri Shostakovich. He wrote prodigiously for the concert stage, but went back to film music often during his career. One reason for this was his on-again, off-again relationship with the Soviet regime. Many of his artist colleagues were imprisoned because of putative sins against the government, some were killed, and for most of his life Shostakovich was haunted by the fear of the knock on the door in the middle of the night.

But film music was an approved outlet. Shostakovich’s sometimes-violent voice seems tamer on film, but hearing the music removed from the visual is a bright reminder of his genius. That Hamlet, the Prince of Denmark, and Shakespeare, the Bard of Avon, could release this for us, approves celebration of this day with shows (King Henry VIII, 4,1).

from the “play within the play scene” from the 1964 film Hamlet: