Song of the Angels

And one cried unto another, and said, Holy, holy, holy is the Lord of Hosts: the whole earth is full of His glory. Isaiah 6:3 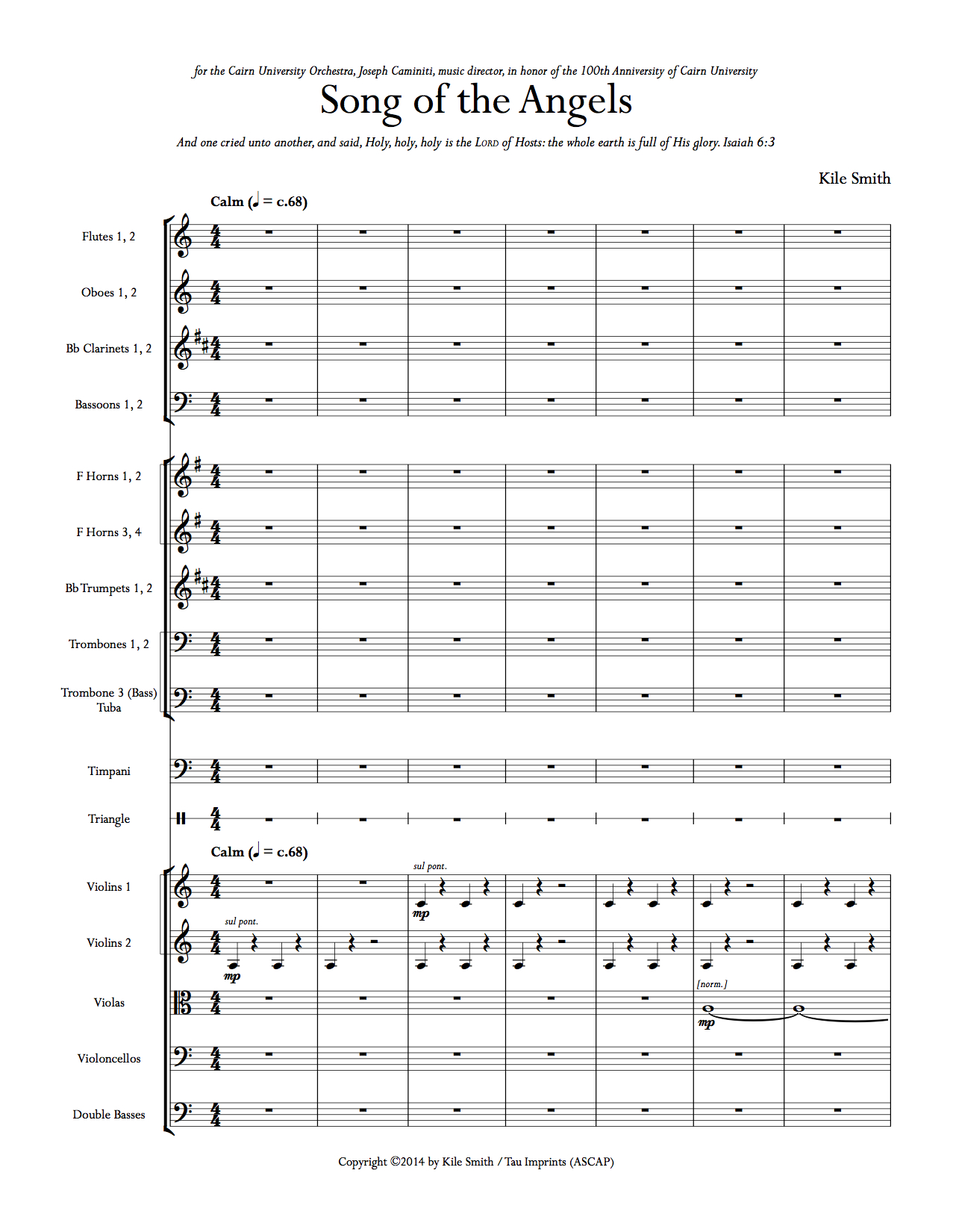 There is something remarkable in this riveting scene of Isaiah in heaven that I had never noticed before. God is on his throne, his glory fills the temple, the angels worship constantly, and Isaiah is struck dumb by his sinfulness in the midst of holiness. This I understand.

It is not obvious to us. On earth, we do like our sunsets and our rainbows and a soft rain to bless our gardens. But we know that sometimes rain is hard, and that sometimes it storms, and that sometimes a tornado kills dozens. A crick in the earth’s crust and a volcano buries hundreds, a tsunami rolls onto land and takes away thousands.

The earth, we know, with its undeniable beauty, brings grief. This is where Song of the Angels begins, in the gray world we inhabit—an earth imperfect, an earth struggling, an earth groaning and travailing in pain—where we look for God’s glory and do not see it, or where we have given up even looking anymore.

But the angels do cry to one another, softly at first. We don’t hear them, perhaps because they’re talking to themselves. But one angel after another takes up the cry. We begin to hear something, but it is still earth-toned, still tinged with sadness, still tangled with evil, still acquainted with grief.

The angels keep at it, however; more angels join the ones already singing. They say, from heaven, that God’s glory is here. Is here. Strange, but we consider being convinced. Maybe it’s because the song is insistent or is getting louder, but we’re paying attention now and can almost hear something… not beyond this world, but deep down in this world, something we hadn’t noticed…

So it is obvious, and so it is relevant. This Sanctus doesn’t make evil disappear, or grief. These are real. In the midst of the glory on earth, they are still here, so that any final chord on earth is never fully resolved. But the glory also is real, the glory about which angels cry to one another in song, the glory that we now hear. Real glory colors real grief, and his glory fills the earth, and we sing the song of the angels.

Click on the first page of the score above and you can view or download the full score. Here is an audio excerpt, from page 7, m31 to p 15, m63: