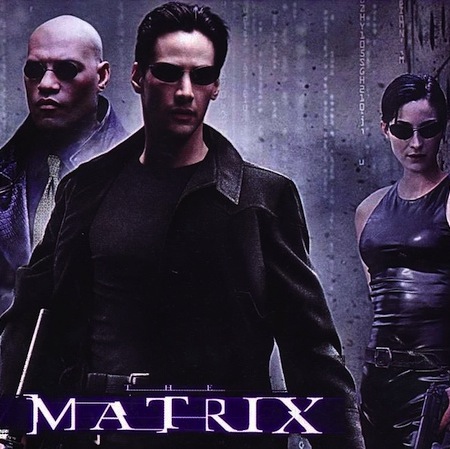 The teacher introduced me to his fourth- and fifth-graders, the Jenks Arts & Music (JAM) Class at the Jenks School in Chestnut Hill. I’m composing something for them to sing with the Crossing next year, on a powerful poem by Philadelphian Ryan Eckes. [I wrote about this here, here, and here.]

Today was get-to-know-the-composer day, so I talked about what a composer does, and about how I sang in choirs, too, when I was their age. I played a short work of mine from a CD, and told them how to hear the music that’s already inside of words. To open them up to this, we improvised music on the text “I’m happy to be in JAM Class.” During this, one of the students pointed, hopefully, to a boxful of maracas. Well, I love a boxful of maracas as much as anyone, so we used those, too.

Things were going well; they were engaged. A hand shot up during question time. Looking at the eager young man, I said, “Sure! Go ahead,” feeling good, ready for anything.

I’ll try to describe the next few milliseconds to you, since they lasted a while. They were like… well, do you know that scene in The Matrix, I don’t know which Matrix, but it was when one of the Matrix guys—by the way, are the Matrix guys the stars, or are the Matrix guys the ones trying to kill the stars?—well, it doesn’t matter, the one in black—okay, they’re all in black; the one in black leather, I don’t know if that helps… wait, it was the girl—that scene when the girl was falling out of the window and dropping backward and looking up and the bad guy, the one in the black suit and tie—okay, they all wear black suits and ties, but one of them—he’s chasing or falling after her and looking down and shooting, they’re both shooting, actually, but the bullets, they look like they’re burrowing through jello or smoke, and, sure, the bullets are going fast enough, but not bullet-fast and so she, the girl, can twist out of the way and avoid the bullets?—only it’s not that part, it’s immediately after that part, in JAM class, standing in front of the fourth- or fifth-grader who asks, “Are you famous?,” it’s after the part when the bullets miss, it’s right at that part when one of the bullets hits.

The milliseconds were like that, is what I’m trying to say.

First, jaundiced realism came to mind: “If you have to ask, then no”; then, diplomacy: “Well, in some circles…”; then, defensiveness: “Even my best-known colleagues you wouldn’t…”; and then, anti-ballistic missile countermeasures, “How famous are you?”

But what I replied—and I remember this exactly—was, “Well,” followed by nothing for a half-second, enough time for the teacher to jump in—by the way, I love teachers—to jump in and say that being famous just means that you’re on TV, and that if you go by TV, then Beethoven and Mozart weren’t famous, and that there are a lot more important things in life than what’s on TV. The student seemed to take his point. I took it, too, and was grateful for the lifeline.

It’s just true. All artists put in their bios and press releases the names of musicians or ensembles or reviewers or awards or magazines they hope you know. The more famous the name, the closer to the top it goes. “This,” we say to the unasked question, “is how famous.”

It’s the same in any field. We scan a bio or press release, looking for names we know. We’re looking, in fact, for fame.

Television may decide it for us, or anything else. On the last day of my janitor job before leaving for college, old George said to me, “So, Professor” (he called me that because I was going to college), “So, Professor, I guess one day you’ll be a famous composer.” “Oh I don’t know,” I quipped, “but if I am, I’ll let you know.”

He looked at me sideways. “If you are, you won’t have to. I read the paper.”

Which lays bare the folly of chasing fame. Nobody defines it for themselves. George and the JAM Class will define my fame however they wish. If they wish. How famous I am is entirely up to them. If I have fame, any at all, they give it to me. Or, as David Bowie sings: “Fame, what you need you have to borrow.”

Better, then, not to need it.

Better to let others ask—and answer—the question for themselves. Someone was putting together a list of American composers and wondered on Facebook if there were any names beginning with X. “If anyone knows, Kile will,” a friend posted. I doubted that, but the friend surmised that from my new-music radio show and from having been at the Fleisher Collection of Orchestral Music, I must know lots of composer names. And I do.

I went to the list, someone’s matrix of fame, and it was huge: living and dead American composers, names I knew, some I didn’t, friends, acquaintances, professors, lots of professors. I dropped to the end; sure enough, nobody under X. Then, I asked myself the question. I scrolled up to S.

A smile crept across my face as I nodded. Serves me right for asking. My name wasn’t there.