Premiere of Gold and Silver in Helena 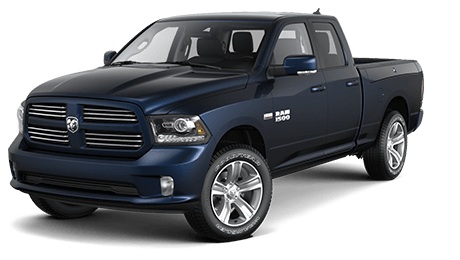 The president of Carroll College told me that when he arrived in Helena two years ago to begin his new job, they informed him that they’d leave a car for him in the airport parking lot. “But where will the keys be?” he asked. “In the ignition, where else?” was the reply, and so he learned right then and there how special Helena, Montana is.

Allan R. Scott, music director of the Helena Symphony, who commissioned me for Gold and Silver (for program notes, complete score, and MIDI audio, click here), premiered Saturday at Carroll College as part of Symphony Under the Stars, left his car for us at the airport. A connection in our flight from Philadelphia was delayed, he was in a last-minute meeting with funders, the rental car place would be closed by the time we got there, so his assistant met Jackie and me at the airport and handed me the car keys, because, of course, what else would you do?

The next morning we picked up the rental car. Tom the rental guy, who, along with waiters and candy shop owners and everyone else I met was going to Symphony Under the Stars, walked me outside, and started to circumnavigate this Dodge Ram Sport 1500 5.7 Hemi. I don’t know what one Hemi is, let alone five point seven of them, but a friend who knows about these things tells me that this puppy has 16 spark plugs, two for each cylinder.

I looked around for the rental car, like, you know, a car. “It’s all we have right now, trucks,” Tom said, “will that be okay?” Will that be okay, are you kidding? I tooled around in town at precisely 35 or 40 miles per hour, or on the interstates at 75, exactly what the posted speed limit was, because driving the exact speed limit in a huge truck is surprisingly exhilarating. I nodded at the other truck drivers with whom I was now in communion. Of course they didn’t look at me but no matter. I was in Helena, at the first of my official acts as Composer in Residence, driving a Dodge Ram with seven-tenths over five liters of hemi, and the Helena Symphony was playing my piece in front of 18,000 people, will that be okay.

Symphony Under the Stars was in this, its eleventh year, all Disney movie music and one work called Gold and Silver, the piece they requested for the 150th anniversary of the founding of Helena, and the 60th anniversary of the Helena Symphony. So it was Disney, me, and fireworks. In May 2015 they’ll play Gold and Silver again, on a program with Beethoven’s 9th. I’ve now been up against fireworks and popcorn vendors, so sharing the evening with Beethoven doesn’t seem, I’m thinking cavalierly, so daunting now. We’ll see about that, but in the meantime the performance was fantastic.

Children were dancing in front of the outdoor stage at the return of the main theme, the hymn-like tune I set up against the fanfare-y brass opening. If you feel a connection to children dancing unreservedly, by the way, it’s because children dance exactly the way you dance, if you don’t know how to dance. They do the two-styrofoam-cups-of-coffee-thrown-back-over-the-head dance, the elbow-swing-stop-poking-me-in-the-side dance, and of course the crouching-boxer-via-Heisman-trophy dance, just the way you do. But you don’t wear glow-in-the-dark necklaces when you dance, nor do you laugh when you fall down.

The crowd appreciated the significance of the piece, introduced by the Helena mayor, as a celebration of the city and the of state, whose motto Oro y Plata presented me with the title Gold and Silver. They cheered in the middle of it. After careful consideration, I’ve come to the conclusion that cheering in the middle of a piece is a good, is a really good, thing.

Allan was, to the last ounce, all about making music. He never calls these pops concerts. He invests in them the same commitment he reserves for Helena’s Mahler cycle or a Jennifer Higdon Concerto for Orchestra. The Disney works are—as many film scores are—incredibly difficult to play well. I looked at the parts, full of turn-on-a-dime tempo changes and sound-effect sparkles, and saw how much work goes into an evening of Pirates and Poppins and Mermaids and Lion Kings and Toy Stories. The well-known tunes and well-settled harmonic sweeps belie the workout this is for the musicians on the stage. The tuba player is a rancher, raises Black Angus cattle, drives 100 miles to play here, has wiry arms and a big smile and a frame that has bent under real work at 15 below or a hundred and five. He sounds good. They all sound good.

As we walked from Carroll College to our truck (it seems to me that I like saying that) parked six blocks away, surrounded by happy Helenans who had just heard a wonderful orchestra playing live under stars and fireworks and that big Montana sky, I thought that I was blessed. Blessed, I thought, to have my music share the stage with these musicians, blessed to share the lawn with these people. I drove nice and slow.