Star Trek and the Dream of Composing 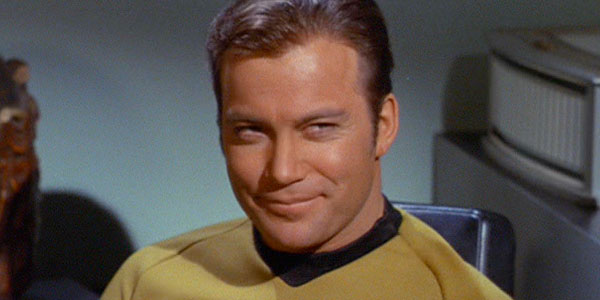 The villain had the disabled, drifting starship Enterprise lined up in his sights, and his hand slowly descended toward a button on the console. He held it there for a moment, then dropped a finger down lightly but firmly, as if he were giving a tuning A at the piano. There was a loud whoosh and the monitor in front of him showed a bright ray shooting out.

The scene shifted to Captain Kirk, wearily slumped over his own console. He was grasping the outside edges of it and holding himself up with arms locked. He looked at his monitor and waited tensely. Seconds passed, and when nothing happened, he turned his head, looked up at Spock, and with wide eyes he smiled incredulously. “It worked!” Spock nodded.

I was watching a documentary on the Star Trek movies, which showed clips explaining points the narrator was making. I forget what was being illuminated by this scene, but I do remember that Kirk had re-jiggered something in a computer to make the Enterprise appear somewhere it wasn’t. The villain thought he was blowing up Kirk and the Enterprise, but was shooting into space instead.

Kirk went on to describe his boyhood to Spock, something from his boyhood that had made him think of this desperate evasion, as the camera panned over his head, taking in the console, a different one from what I had remembered. The two were alone, but this was a different room, not the normal bridge. Kirk’s ancestry was Swedish, which I had forgotten; his monologue included a few Swedish terms for food. At the mention of one of them, Spock’s eyebrow lifted; Kirk smiled, and explained that you have it at breakfast with—and here he spoke another Swedish word.

I kept thinking that they would stop the scene and that the narrator would take over any second, because it had been going on for a while, but I didn’t want it to stop. I noticed things I had never noticed before. Kirk’s hair, for instance. I had heard about a hairpiece, but I could see his scalp through the hair. That was interesting. I was impressed, no, moved by William Shatner’s performance. He’s taken his hits, which he’s riffed on delightfully in his long career, but I have to say that he was completely in the moment, just talking normally, with the merest touch of wistfulness, about growing up.

At a third Swedish term, though, I thought they were pushing it a little, and what was funny, so did Spock. But Kirk wasn’t rattled. Here, he wasn’t talking about food, and from the context you couldn’t infer any meaning. Spock repeated the word as a question, and I thought, yes, of course, this is odd, Spock would probably have memorized the Swedish dictionary or something, why wouldn’t he know this word?

But Kirk shook his head. No, the meaning changes, he said. It isn’t food, it’s drawing a picture, and everybody does it. It’s your girlfriend, he said, your girl then, and as she gets older. “You draw your girlfriend. You keep drawing.” How very odd.

And at this I woke up.

I had dreamed all of it. The scene, its placement in a Star Trek documentary, the narrator’s voice-over, my growing anxiety that the narrator would cut in, and every detail, most of which I have left out: the precise blocking of the actors, the way Kirk sat in a chair and shifted his weight, the sweat on his forehead. A quick acrobatic move mid-monologue and an actual Spock smile should have cued me that this was a dream, but didn’t; it ended where it ended. I’m no trekkie, so I have no idea what Kirk’s ancestry is (if one is known), or what actual scenes or villains or dialogues I’ve conflated.

Perhaps this should be made into a musical work, my own Enigma Variations. Perhaps I should be psychoanalyzed. But what occurred to me most strongly was that I never dream of music this way. I’ve heard composers talk of it, and I’ve envied that gift. Because it is a gift if a composition can indeed come to you just like that, like a scene in a movie, in a dream. What I wouldn’t give to have that! But I don’t.

No, wait, it did happen once. I did dream a piece. The word that came to me while dreaming it, and as soon as I woke up and could still remember it, was “glorious.” I remember almost weeping. I was enraptured by the music, and wrote it down as quickly as I could, in the middle of the night. When I was satisfied that I had captured it, I went back to sleep.

In the light of day I played through it again, and you may guess by the words “in the light of day” where this is going. I’ve written some fairly bad music in my life, and some badly fair, most but not all of which I’ve destroyed. Others may decide how much more I should have rounded up. But no one will ever hear my dream music because it was without a doubt the worst thing I’ve ever invented. I crumpled it up and tossed it out immediately. Its treacle and self-importance out-treacled and out-self-imported any piece, any draft of a piece, any idea in any draft of any piece, that ever I composed. Its badness humbles me to this day, that I am, oh yes you are, Smith, capable of such a thing.

I haven’t dreamed music anymore, thankfully, I don’t try to, and I’m happy just with sitting down and trying to write music while awake. Benjamin Britten said to someone who asked him if he dreamed music that such talk was all nonsense. Nighttime was for sleeping, he said, and I’ll agree with Britten.

I wish I could remember those Swedish words, though.