Ten ways to lose an argument 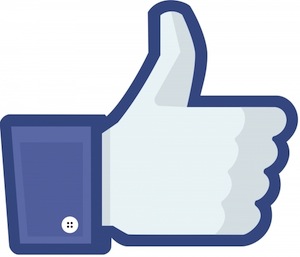 Another election is over, so let’s consider how awful we are at arguing. We lose arguments all the time. We don’t think we do, but we do, and it’s not because our opponents win them. They’re busy losing the same arguments.

No, we lose an argument the same way we lose a path through the woods. We wander off. We’re perfectly fine one minute, admiring a tree or a flower or, ooh look, a butterfly…bingo, we’re lost. We’ve lost the path.

Say one of these ten things, and you’ve lost an argument the same way.

Calling somebody stupid is one of our favorite things to do online, after posting pictures of cats and complaining about work, but I hate to break it to you, it doesn’t matter if you’re smarter than the other person. Their position, whatever it is, is also held by somebody who is smarter than you. It’s the position that matters, not who happens to be butchering it at the moment.

Calling someone an idiot proves only that (a) you don’t know what’s being butchered, and/or (b) you’re incoherently angry. Either way, you lose.

There is evil, but as soon as you call someone that, you permit yourself to stop thinking. No point in arguing with a Nazi, right? Well, Hitler helped build the Autobahn and Eisenhower, the Interstate, so give yourself a break. Crying “hater” every five minutes only blinds you to real evil, like what Hitler was doing when he wasn’t building highways. Be kind to your heart and figure out the difference.

Shortcut for “evil.” According to Godwin’s law, the longer an argument lasts, the more certain it is that Hitler will be mentioned. We say “Hitler” when we’ve got nothing else. Same goes for “Rush,” “Commie,” “Fox News,” “Community Organizer,” or the evergreen “Fascist” and “Socialist.”

Know the shortcut’s origin. “Trickle-down” was coined by opponents of supply-side economics. In other words, arguing against “trickle-down” is meaningless because nobody believes in “trickle-down.” A metonym can be useful, but it’d better be a true one, and if you don’t know what a metonym is, then just stop it with the names already.

Curse, and your brain freezes. It’s a waste of time, too, as it usually involves asking someone to do what’s physically impossible. A momentary spike of adrenaline slams you into an intellectual brick wall. Do yourself a favor: Use real words and pretend the kids can hear you.

Political flacks use this more than regular folks, but “It’s a complex subject” is a neon sign flashing (a) “I Have No Idea What I’m Talking About” or (b) “I’m About to Lie to You.” If you can’t explain your position quickly, then you don’t know it.

…is said by those who are beaten by that tired old argument. Often combined with #3. Repeating your opponent’s argument while rolling your eyes is not an argument.

See #1. There are five points of Fundamentalism. Look them up if you use this word.* It’s used to make fun of Southern whites, but who else believes these points? Well, for starters, Northern blacks. Nuns helping alcoholics. Alcoholics. Brazilians, Chinese, Africans, Russians. St. Augustine, Bach, Martin Luther King Jr., and about eighty gazillion people for two millennia.

No, that doesn’t prove they’re right, and yes, Fundamentalists, Evangelicals, Catholics, Bach, and everyone else have differences, but even though you may think you’re smarter than all Fundamentalists (you’re not, not that it matters; see #1), you’re not smarter than Augustine. Trust me.

9. I don’t know how anyone could believe in…

Stop. Don’t complete the sentence. “I don’t know” means “I’m ignorant.” You lose. If you don’t know how (fill in the blank), then find out how. And don’t search your favorite websites. Look at their websites. You might learn something.

10. I don’t know anyone who believes in…

There are more than these ten—like referring, ever, to how someone looks—but these will do. Arguing well, like doing anything well, is hard. But relax; you don’t have to argue. Nobody’s dying to know your opinion, and, guess what, they’re not changing their minds at your display of brilliance. So find out what the other side thinks, make up your mind (if you must), and keep it to yourself.

But if you want to take a crack at it, remember that William F. Buckley Jr. and John Kenneth Galbraith—arch-conservative and arch-liberal—went at it for years yet were best friends. The orthodox Christian G. K. Chesterton and the mostly atheist George Bernard Shaw, frequent debaters, remained deeply admiring chums.

They knew that respect and friendship and faith in the opponent’s character were more important than arguing.

*Fundamentalism, so you don’t have to look it up, is belief in a true Bible, the virgin birth of Jesus, his death as atonement for our sin, his bodily resurrection, and miracles.