[First published in the Broad Street Review, 3 Apr 2015, reprinted by permission and edited.] 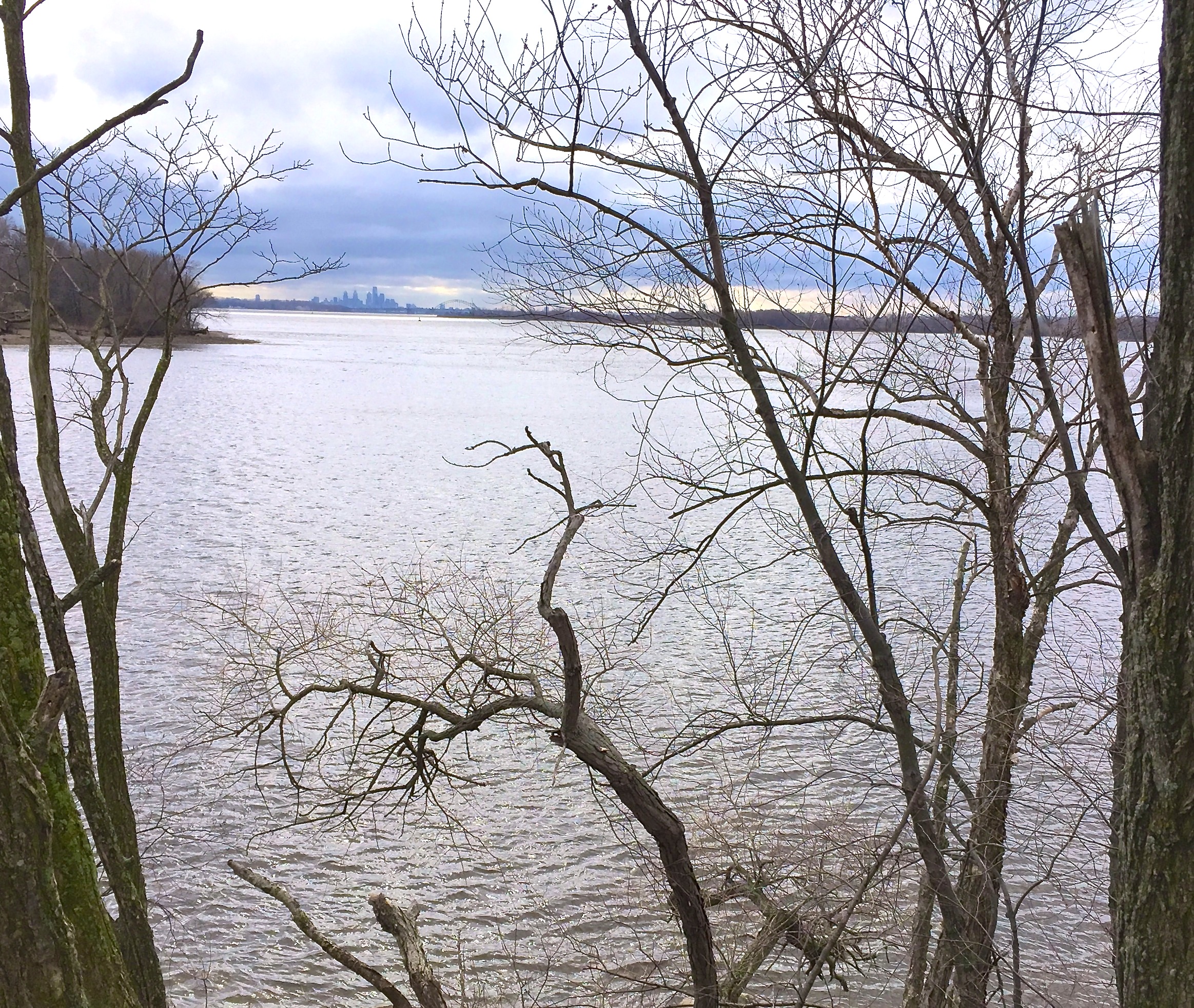 The sharp-shinned hawk floated above the one bare sycamore reaching up from my brother’s backyard, the tree that he was going to have taken down. Couldn’t get enough sun to his garden, he said, and anyway, it was dropping limbs—widowmakers, he called them—so best just to get rid of it. When an arborist looked at our own pin oak, and I pointed to a dead branch on the ground and said that my brother called those widowmakers, he looked up from his clipboard and said, “Your brother must be a tree guy,” and I said, “Yes.” My brother had been many things, and he had been a tree guy.

My brother’s house is in Riverside, N.J., not a half-mile from where the Rancocas releases into the Delaware. It’s good for hawks here. The sharpie didn’t dart or swoop as they often do, but calmly sailed in from the river on this cold and sunny afternoon in late March. The snowfall three days before—on the first day of spring, actually—had by now melted, except for white hillocks resting in corners.

I was looking at the sky from a window of the enclosed back porch, before opening the door to look for trash cans, when I saw the hawk. In its own way it’s more beautiful than the red-tailed. I don’t know why I say that; maybe because you don’t see them as often. Beauty is like that. The sharp-shinned is smaller, but there’s a purpose about it that gets your attention. The tail is narrow and straight and squared off, like the stripe on a pant-leg of a military guard. Like a guard at the Tomb of the Unknown Soldier, the serenity and purpose of this bird is like that.

My sister’s husband and I wanted to dispose of some things from upstairs, from the bedroom, from where they had taken my brother’s body the day before, from where he had shot himself. We had the house keys from the police. His effects—they call them effects—they had given to my sister and her husband, who had gotten to the station first. My brother-in-law, who was in law enforcement himself, was checking on the paperwork when I got there. My sister was already back in the car, looking at a photocopy of the note my brother had left.

We drove to the house. My brother-in-law unlocked the front door and I followed him in. He was calm but alert. He is always calm, and always alert. He is one of those quiet gifts to the world, the kind who makes religious people look in the mirror and irreligious people look in the soul. I followed him upstairs, but we didn’t know which room was my brother’s bedroom, so my brother-in-law went one way, and I went the other.

I walked past two open doors and saw nothing, and continued toward the doorway at the end of the hall. As I entered the room and saw the corner of the bed, I thought: This should be in slow-motion; if this were a movie it would be in slow-motion: but it wasn’t, it was in regular motion, it was the motion of someone walking into a room, that’s all, only it was me walking; and as I walked in, and as I saw the bed, and as I saw the depression the body had made as it had lain there, and as I saw the sunken pillow, my lips tightened and I knew what we had to do, as I looked on the depression deep and red and dark where he had been released and I made a sound like a click or a tsh, and my brother-in-law came in behind me and made the same sound, I believe.

My brother had never asked about my music or about anything that I did, other than once telling me that he had heard me on the radio: that was it, that he had heard me. Once, a CD of my music came out, and it was the biggest thing that had ever happened to me professionally, and I gave some copies away like you do, but I had a private rule just for him, that he had to ask about it—not for it, just about it—before I’d give him one, but he never did, so I never did. I was getting back at my older brother and that was stupid and petty, I see that now. Besides, I think he would have liked the CD.

So we’d talk about things I didn’t know that much about: gardening or trees or hunting or driving big trucks or driving tanks in Germany when he was in the Army, or about his work in construction. Things he knew about. He loved being outside and I envied that, how he’d put his rowboat in his pickup and drive to the Pines and row Batsto Creek, or how he rowed the Pennsauken Creek all the way out to the Delaware and even rowed out there; can you imagine, rowing in the Delaware River. I said, “But there are ships out there,” and he shrugged. “You stay away from them,” he said in the way a farmer or a bush guide or a pistol range instructor says something obvious.

I went hunting with him once; well, without a gun I tagged along. I walked and waited with him and his friends. I walked to one spot to drive deer their way but I guess I didn’t walk in far enough or there weren’t any deer. One of the guys back at the house said that I should’ve walked on this other side and not that side but my brother called me up later when I was home — we never called each other just to talk, so I thought maybe something was wrong — but he called to tell me that where I had walked was just fine, that I was fine, and that I was not to let anyone ever tell me otherwise. He called me up that one time just to say that.

Over the crown of the sycamore the sharp-shinned hawk glided back. It looked like a model airplane in the cold and sunny afternoon sky in late March, until its head cocked, as if it saw something, as if it saw me looking at it through the porch window, but it never veered from its path back to the river, and off it went, and then I couldn’t see it anymore. Funny how something can look so straight and still and alive, all at the same time. I opened the door and walked outside to get trash cans. My sister had shown me the note, and in it my brother Gary had written, “Kile will know what to do,” and when I read that my lips tightened and I made a sound like a click. 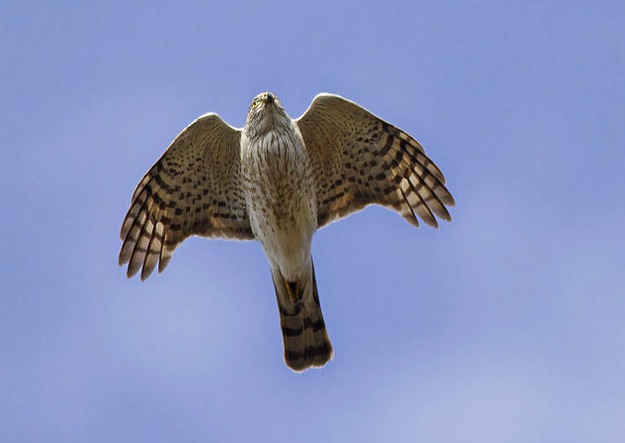