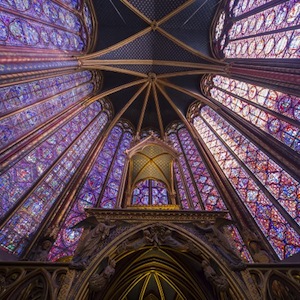 What a nice preview of the four Vespers concerts in and around Miami this week with Seraphic Fire and Piffaro, the Renaissance Band. I’m so excited to work again with Piffaro, and honored that Patrick Quigley and two-time Grammy nominee Seraphic Fire, an outstanding group that has fast made huge waves in South Florida and beyond, have chosen Vespers as their 2014–15 season finale.

Piffaro commissioned this one-hour work; the 2008 premieres, and the recording and subsequent performances have been with The Crossing, directed by Donald Nally, who also brought it to Northwestern University’s Bienen Contemporary Ensemble with Piffaro earlier this year. Individual sections of Vespers have been performed by a number of groups, either a cappella or with piano or with various arrangements I’ve made for other instruments.

Eric Simpson’s preview in the South Florida Classical Review of the concerts in Miami, Miami Beach, Coral Gables, and Ft. Lauderdale is a well-written, in-depth look at our collaboration of old instruments and new music. About my music he writes:

There is an unmistakably modernist harmonic language in Smith’s writing, but Vespers shows none of the academic opacity or pop influence that is heard in much contemporary music. This is a piece rooted firmly in the tradition of the Lutheran Renaissance—-not just in its form, but in its sound, which Smith tailored specifically to the abilities and historical instruments of Piffaro, all of whom play multiple instruments.

I think I’d better keep last month’s In This Blue Room a secret, since he might have to delete “pop influence” from that sentence! But it’s not in Vespers (except for one or two dulcian licks), so I’m obliged to his generosity. He goes on to quote Patrick Quigley:

“What I think is most fascinating about this work is just how reverent it is to older traditions,” said Quigley. “How attentive it is to the really wonderful things and the limitations of Renaissance wind and percussion and plucked instruments, and at the same time managing to sound like something that was composed yesterday, in an accessible, gripping sort of way.”

“From the first moments, it felt like there was this simultaneous inspiration from Heinrich Schütz, Johann Sebastian Bach, and John Adams all at the same time,” said Quigley. “In many ways it is able to channel four hundred years of music instantaneously.”

I’m touched by that. All instruments have limitations, but I know what he means. I’m delighted by his appreciation, and by being mentioned with those names.

You can read the whole article here, with more about Seraphic Fire, Piffaro, and my inspirations behind Vespers.