Deo Gratias, from Vespers, with Brass 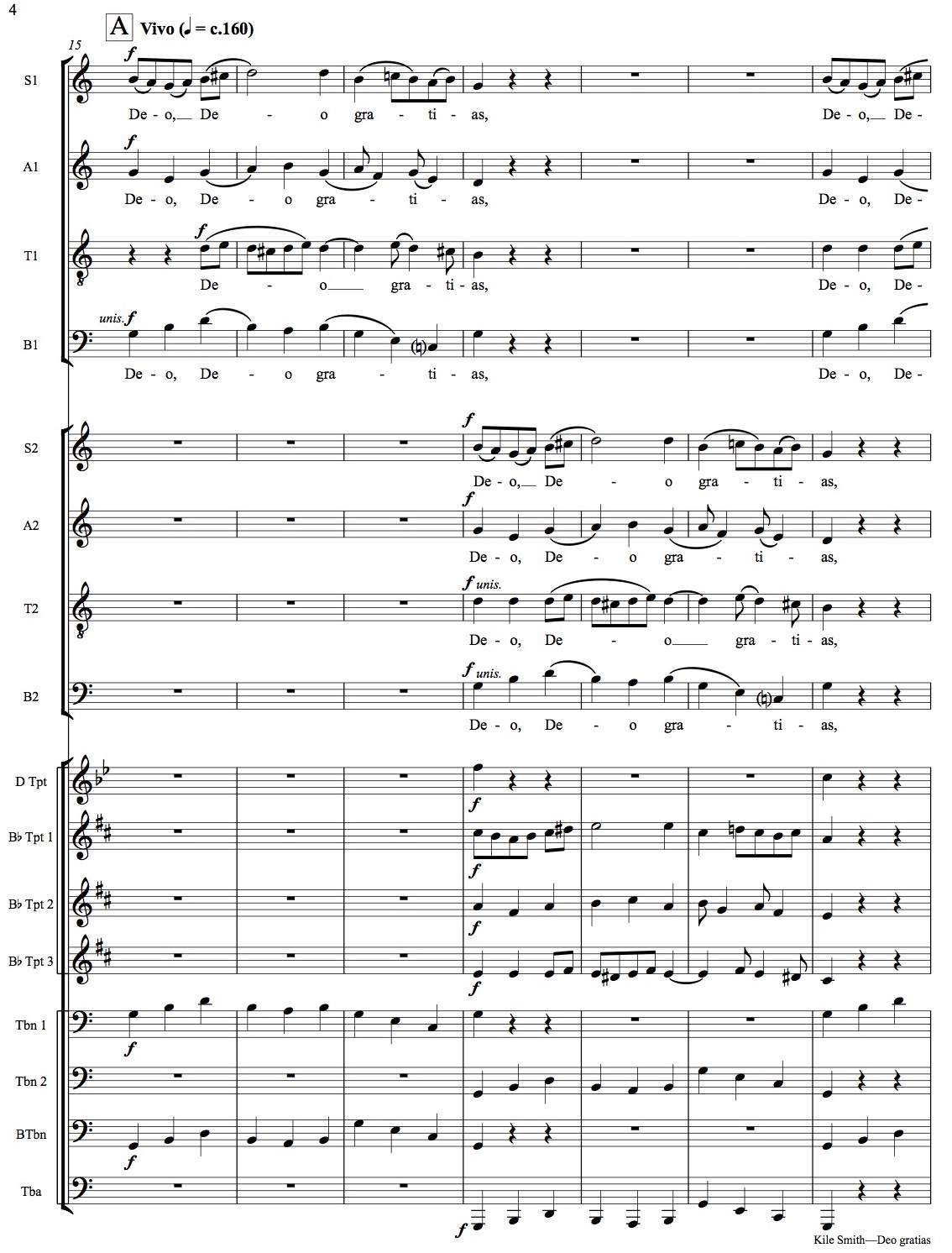 One of the great things about the project that became Vespers was the uniqueness of the ensemble—writing a piece for the world-renowned Renaissance band Piffaro was as fun and exciting as could be. But it also meant that basically nobody else could ever perform Vespers, since not everybody has 27 Renaissance instruments in their rumpus room!

(Although, Piffaro has performed it numerous times since, for which I’m ever grateful, with The Crossing, of course, who premiered and recorded it, with Northwestern University’s Bienen Contemporary/Early Vocal Ensemble, (thank you, Donald Nally, again and again), with the outstanding Seraphic Fire, and this November, I’m looking forward to seeing it with The Choristers.)

[Updated 29 Nov 2015] Here’s the recording of the premiere on 30 Oct 2015 at Roosevelt University, what beautiful line to the singing and energy to the brass playing!:

A number of people have asked me about transcriptions of Vespers since its 2008 premiere, though, and so I’ve been busy making piano reductions and string arrangements, with and without other instruments, of different sections. (You can see these from the menu above, under Music/Choral Vocal/Vespers.)

Last week I finished another one.

The last movement, Deo Gratias, now has a new arrangement for choir and brass octet, to be premiered next season by Cheryl Frazes Hill, the director of choral activities at the Chicago College of Performing Arts at Roosevelt University. It was a joy putting this together for 4 trumpets (one in D and 3 Bb), 2 trombones, bass trombone, and tuba. The double choirs had to stay since they’re the basic part of the sound, but I simplified them a bit by eliminating all the divisis within each choir.

Above is a page to look at. Let me know if you want to see the whole thing, and I’ll send it to you.

Here’s an audio excerpt from the original: