Three Things I Learned from Yes 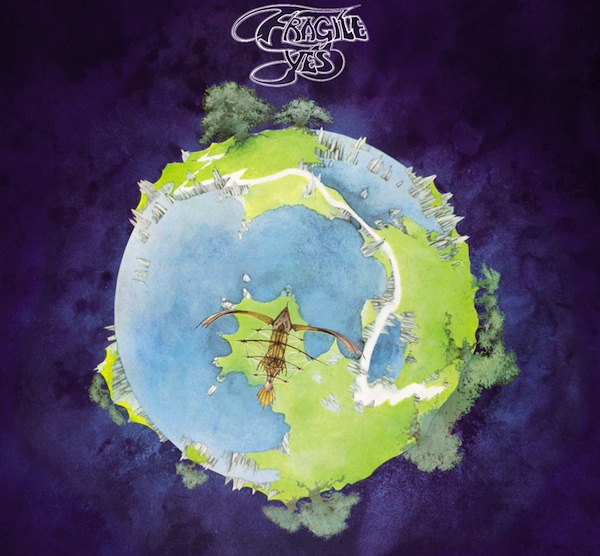 Saw my buddy Andrew, a gifted keyboardist, vocalist, and composer, shook his hand, and then held it. I said three words.

“Oh, man, Chris Squire.” He looked at me and nodded his head slowly. “Ohh, man.”

That was all we needed to say. The bass guitarist for, the founder of, and the one constant in the English rock group Yes, Chris Squire, had died the day before.

Andrew and I are of that half-generation that came of musical age after the spring rains of pop, in that early summer overtumbling with what was planted and what was not, yet all a brilliant green. We came of age just after the Beatles and the Petula Clarks and the Beach Boys—we knew and loved them of course, but as we hovered in the years between accountability and majority, they were not ours, not really. They and Motown and the early Temptations and Woodstock were, as it were, the pastures of our older brothers and sisters, through which we were allowed to run. We sang along with “American Pie,” but it was the Iliad of our elders.

We wanted the unfathomable in harmony. We craved rhythms that would pound in a chest where we hoped was a heart, and, oh, we wished for melodies that would soar above the cracking ruins of an imagined world.

We wanted Yes, and then Yes came, and Yes was ours.

The first of three things I learned from Yes was that music has a line. Chris Squire, they say, was a lead bass, which means, I suppose, that he played the bass guitar not as a bass, but as a guitar. We didn’t know the term “lead bass,” but we knew he used a pick, and no bass player used a pick because it was uncool. The secret, though, of those who are cool is that they don’t care about cool. The uncool care about cool. Squire used the pick, used the bass, as a weapon, ripping tracers of fiery lead into the sky. We looked on in wonder.

The group in its early-’70s configuration—The Yes Album, Fragile (both 1971), Close to the Edge (1972), Tales From Topographic Oceans (1973)—included Steve Howe, Zen master of a guitarist who played koans, not solos. Drummer Bill Bruford combined a jazz spontaneous combustion with a feel for the long line. Rick Wakeman’s layers of keyboards were much more than the show that they appeared, sparkling and overwhelming like a giant wave, rising and crashing. The ethereal voice of Jon Anderson was the cantus firmus, high yet strangely stony, part choirboy and part gargoyle.

With filigrees, trills, mordents, and arpeggios, this was like no rock music we’d ever heard. It growled as if it were worshipping in the nave of a cathedral. Lines leaped high, spinning into the darkness of ribbed vaults, and it wasn’t until much later that we found a word to describe it, a word far removed from rock. This was positively Baroque.

Many composers today love to work with the textures of sound. I am not one of those. I don’t say that defiantly; it’s the nature, I suppose, of what I’ve come to believe is the kind of music I write, which is, more and more, driven by counterpoint. There’s a sense that you could transcribe the music of the supreme contrapuntists—Bach, Josquin—over to kazoos and the music would still sing. But only a sense. They knew what they were doing with sound as much as anyone, only they balanced sound with every other feature.

So I’ve aspired to balance, but I have to pay attention to raw sound, as it isn’t instinctual with me. Then I hear Squire’s Rickenbacker bass, with round-wound strings, driving (often, from on high) the electric force-field of Yes. This isn’t a thuddy wall of sound, either; each element is lively. With seemingly little post-production, it is crisp and real.

Yes would come to be called prog-rock—progressive rock—but we didn’t call it that then. The trick of Yes is that for all their innovations they never forgot that they were a rock band. For all its album art, for all its high concept lyrics, it just didn’t take itself all that seriously.

We composers love to take ourselves and our theories seriously. Theory is fine, but we forget that theory never describes what is there. Theory describes us. Music industry theory—the suits—turned Earth, Wind & Fire into a disco band, after all. Theory gave us Schoenberg (read that how you may) and theory also gave us the Monkees. Yes, then, when we needed Yes in that early summer of pop before the drying winds came, resisted theory, and played over a crack in the earth.

I took up the bass guitar. I took to composing, too, and in early adulthood put the bass down, easily finding my limits and fearfully discovering my hopes. Silence, and the time it needs, will do that.

Chris Squire is gone, but remains the herald of my and Andrew’s adolescence, and the shibboleth of our middle age. We speak his name to each other, and nod, and know. Yes was unlike anything else in pop—before or after—in that parenthesis of adolescence, an unfathomable, pounding, filigreed, soaring rock band. And Yes was ours.