On Discoveries from the Fleisher Collection, Saturday, September 5th, 5 to 6 pm 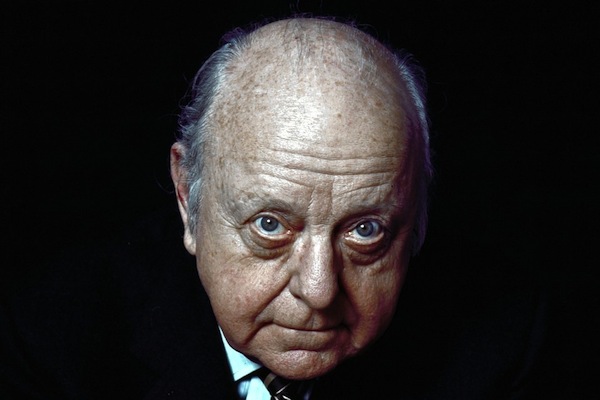 If you’re looking for one composer who can be said to have created the sound of American music, you might look no further than Virgil Thomson. It’s true that Charles Ives was the pioneer who invented a crazy-quilt of music that was distinctively American. And there were, of course, American concert music composers before Ives, such as the European-educated or -influenced George Chadwick, Horatio Parker (Ives’s teacher at Yale), Amy Beach, Edward MacDowell, George Bristow.

The 18th-century church composer William Billings, among others, and the 19th-century tunesmiths of the Sacred Harp tradition invented a piety in music that was all the more unworldly for its hominess. Stephen Foster wove a unique drawing-room style that was part Schubert and part circus.

Ives opened the wide territory of concert music to all of that, and gave America permission to discover this continent lying beyond its European ancestry. The mid-career Aaron Copland bore the fruit of this with his ballet and film scores from the late 1930s onward.

But it may very well be said that Virgil Thomson was the plow that broke the plains.

With his music for the 1936 documentary produced by the U.S. Farm Security Administration, Thomson cracked open the country and found its music. In The Plow That Broke the Plains and in the following year’s The River, he produced music that was engrossing, articulate, emotional, and—something composers noted—popular. Copland saw it immediately. He called The Plow “fresher, more simple, and more personal” than Hollywood, and The River “a lesson in how to treat Americana.” He also caught the political and artistic relevance, in FDR’s 1930s, in reaching a large, public audience.

Virgil Thomson created a wide-open, rough-hewn, quirky music for these films and for his ballet Filling Station. The subject matter alone—with truck drivers, gangsters, and state troopers—blasted it out of the Greek-myth-inspired works of his composer forebears. What may be more remarkable is that Thomson wrote Symphony on a Hymn Tune in 1928, while he was still Nadia Boulanger’s student in Paris (it didn’t premiere until 1945). It includes “Jesus Loves Me,” but Thomson threw in “How Firm a Foundation” and even “For He’s a Jolly Good Fellow.”

Virgil Thomson defined the sound of American classical music for generations. With a film score, a ballet, and a symphony, we can hear the land split open, giving us a music that could be called, with pride and without doubt, “American.”