On Discoveries from the Fleisher Collection, Saturday, October 3rd, 5 to 6 pm 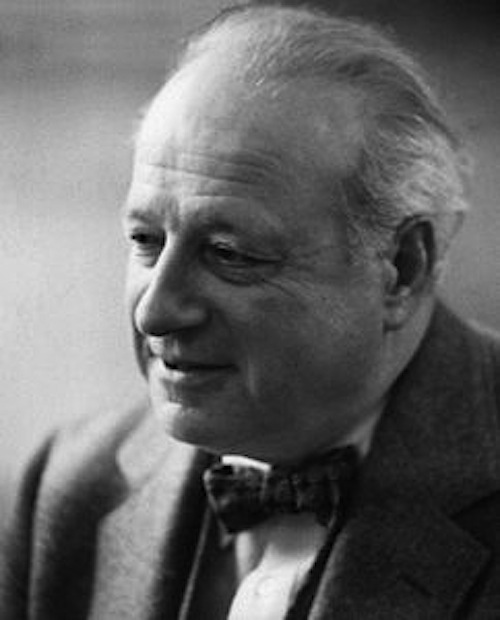 He won two Pulitzer Prizes, taught composers as disparate as Leonard Bernstein, Elliott Carter, and Leroy Anderson, and his books on harmony, counterpoint, and orchestration continue to be used by composers today.

A sailor named Pistone came to the United States from Italy, changed his name to Piston, and in 1894 his grandson Walter was born in Rockland, Maine. Piston’s father, Walter Sr., moved the family to Boston when Walter Jr. was 11, and the son showed musical promise from an early age. He played violin for dance bands and for groups led by Georges Longy, one of the most influential musicians in Boston. Longy was principal oboist for the Boston Symphony Orchestra, conductor of his own groups, advocate of wind ensemble literature, friend to contemporary composers, and founder of the Longy School of Music.

In 1920 Piston enrolled at Harvard University, and upon graduation he went to Paris on a John Knowles Paine Traveling Fellowship, where he studied composition with Nadia Boulanger and Paul Dukas and violin with Georges Enescu. He returned to Harvard in 1926, where he taught for the rest of his career.

Awards and acknowledgements would continue for the rest of his life. He wrote music for CBS Radio. In 1938 Piston composed a ballet, The Incredible Flutist, for the Boston Pops, and the suite he later made from this has become his most famous work. The Symphony No. 2 won the New York Music Critics’ Circle Award, and the Symphony No. 3, in 1948, won the Pulitzer.

As if that weren’t enough, he won that most prestigious of prizes again in 1961, for his Symphony No. 7, commissioned by the Philadelphia Orchestra in 1960, the year he retired from Harvard.

It was a long way from his Suite for Orchestra, but even that early work from 1929 was composed for the Boston Symphony. Piston wrote Three New England Sketches, a work most concert-goers will know, in 1959 for the Detroit Symphony Orchestra and its imaginative conductor Paul Paray.

His music is a study in craft and elegance. It is smart, clear, direct, and seemingly effortless, rising above fashion without display, in the way that everything in art that is good and lasting rises.