Bristow and the Beginning of American Orchestral Music 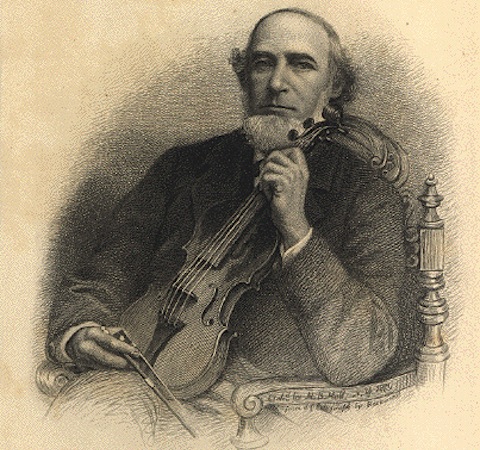 On Discoveries from the Fleisher Collection, Saturday, Jan. 2nd, 5–6 pm…

At the beginning of a new year, consider the beginning of American orchestral music. George Frederick Bristow was the first American-born composer to succeed with that transplanted European institution, the symphony orchestra.

It took until the 1850s for this to happen, but that shouldn’t surprise. The oldest major symphony orchestra in the United States, the New York Philharmonic, wasn’t founded until 1842, as the Philharmonic Society of New York. Orchestras in the U.S. were until then mostly small ad hoc groups assembled for dances or other festivities. Musical organizations such as the Handel and Haydn Society of Boston, founded in 1815, and the Musical Fund Society of Philadelphia (1820), both still going strong today, generally focused on choral or chamber works. Italian opera was popular, as were varieties of light entertainment.

But the need for groups capable of playing the new symphonies from Europe was felt keenly. Simply put, America wanted Beethoven. This repertoire required, however, commitment of talent and time, so symphonic orchestras slowly began to be established and halls to house them began to be built.

American music for these American ensembles took longer. Bristow, a violinist in the Philharmonic Society, became its concertmaster in 1850. Taught music by his father, he was beginning to be noticed as a composer. A spike in his notoriety came when a composer/critic from Philadelphia, William Henry Fry, praised him. It came in the middle of a contretemps between Fry and a New York reviewer, Richard Storrs Willis, in a Boston journal. Reviewing Fry’s Santa Claus Symphony, which had premiered Christmas Eve 1853, Willis compared it negatively to Beethoven, Mozart, Haydn, et al.

Fry shot back, “How are Americans to win their way in composition unless their compositions are played?” and held up Bristow as one such composer, who he said was unfairly treated even by his own Philharmonic. The critics dueled in the journal, which was thrilled to supply column inches, to the effect that Bristow, now an unwitting focus, quit the orchestra. 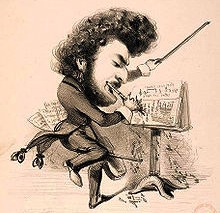 Already in the midst of this war for American compositional independence, however, was the French conductor and impresario Louis-Antoine Jullien, touring the States with his highly skilled orchestra. Jullien asked for, and received, Bristow’s second Symphony, conducted parts of it, and took it back with him to Europe. (His orchestra, populated with French virtuosos, had also premiered Fry’s Santa Claus, which explains its saxophone, probably the first use of that newly-invented instrument in any orchestral music in the world.)

We may speculate that Bristow’s regard from Jullien and elsewhere (his opera on that most American of stories, Rip Van Winkle, was a fine success) may have prompted second thoughts from the Philharmonic. But in any event he did rejoin the orchestra, and they did finally play his music. In this infancy where playing in a major orchestra, let alone writing for one, was not a full-time job, Bristow continued to compose and conduct his own groups, and for decades was a New York City public school teacher.

American composers might resolve in this New Year to say “Thank you!” to George Frederick Bristow.