Before Nadia Boulanger, There Was Josef Rheinberger

On Discoveries from the Fleisher Collection, Saturday, April 2, 5-6 p.m. 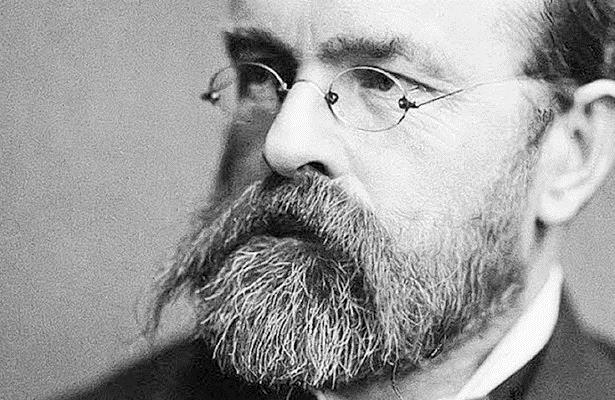 After World War I, there was a trail of American composers to Paris to study with Nadia Boulanger. But in the years after the Civil War, early in American orchestral music, composers also went to Europe to study. Mostly, they went to Germany, and some of those, to Munich, at that time the second-greatest center of music in Europe, after Paris. After all, so many of the operas of the trend-setting Richard Wagner had premiered in this capital of Bavaria, and it was not all that far from Bayreuth, with its theater specially built for Wagner.

The Royal Conservatory of Munich attracted composers from around Europe. One of those was the extremely talented Josef Rheinberger. A church organist from the age of seven, and composer at eight, Rheinberger quickly impressed his elders so much that his father allowed him to enter the conservatory in Munich, 150 miles away. Josef was 12.

Upon graduation he was appointed professor of piano and composition. King Ludwig II, who helped build that Bayreuth theater for Wagner, had founded the conservatory in 1846. It changed names over the years (it is now the Hochschule für Musik und Theater München), and as the new Royal Bavarian School of Music in 1867 it welcomed Rheinberger as a professor of organ and composition.

He remained there for the rest of his life. Among his students were Engelbert Humperdinck from the Rhineland, Wilhelm Furtwängler from Berlin, the Italian Ermanno Wolf-Ferrari, and a few Americans, including two New Englanders, George Chadwick and Horatio Parker.

One of the nine muses or goddesses in Greek myth is the muse of Tragedy, and her name is Melpomene. Romance and classicism combined in art and literature throughout Western culture in the 19th century, and American composers had their ears to the ground of the Zeitgeist, so Chadwick composed his dramatic overture Melpomene in 1887, a few years after returning from Europe (with some time spent in Paris soaking up impressionism).

The Boston Symphony premiered it the same year, conducted by its director, the Austrian Wilhelm Gericke, Chadwick’s friend and to whom the work is dedicated.

Horatio Parker had already studied with Chadwick in Boston before making the same trip to Munich and studying with Chadwick’s teacher, Rheinberger. Parker returned to America in 1883, and in 1893 he was appointed professor of music theory at Yale University. In 1904, a year after composing Vathek, Yale promoted him to Dean of Music. Vathek is based on the Gothic romance set in exotic Baghdad by the English novelist William Beckford.

But what of Rheinberger; what was his music like? A renowned organist who wrote much sacred and organ music, Rheinberger was deeply influenced by the clean lines of counterpoint as well as the churning harmonies of Wagner’s land. His first organ concerto is an excellent example of his craft and power of expression. The organist who premiered it in Munich in 1884? Horatio Parker.

With Chadwick as director of the New England Conservatory, and Parker at Yale, a long list of American composers—John Adams, Elmer Bernstein, Ives, Sessions, Babbitt, Diamond, Harbison, Rzewski, Zwillich, and on and on—can trace their lineage to Josef Rheinberger. A later generation would travel to Paris to study with Nadia Boulanger, but it’s not too much to credit a big part of American music to a teacher in Germany. But Rheinberger had something else in common with the foreigners who came to Munich to study.

Josef Rheinberger was from Liechtenstein.