American Music on Its Own Two Feet: Chadwick

On Discoveries from the Fleisher Collection, Saturday, May 7, 5-6 p.m. 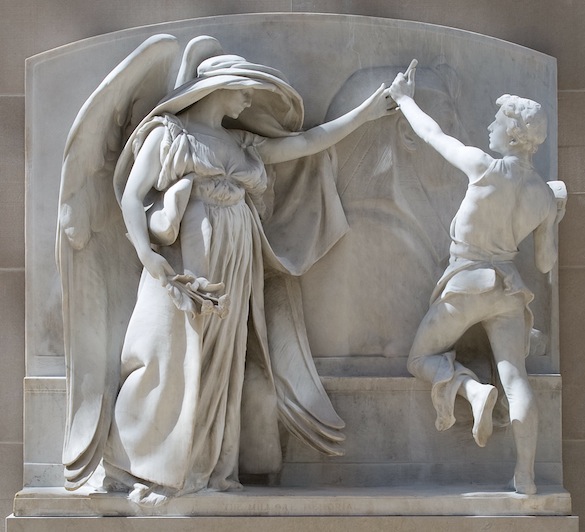 On this month’s Discoveries from the Fleisher Collection, we continue our recent survey of the earlier American composers with a visit with George Whitefield Chadwick. It’s a revisit, too; on four previous occasions—from last month’s show all the way back to our third program in 2002—Chadwick has been turning up on Discoveries broadcasts.

But he’s never held a broadcast all on his own, and it’s appropriate that he takes that on now, because as American music grew from the late 19th century into the 20th, no one better epitomized that growth than George Chadwick. He was pre-eminent in what has been called the Second New England School of composers, or sometimes, the Boston Six. Although John Knowles Paine, Arthur Foote, Edward MacDowell, Horatio Parker, and Amy Beach were all excellent and recognized talents, Chadwick had the position, timing, longevity, and depth of repertoire to become the most influential.

As the elder statesman of American music, he would direct the New England Conservatory, write a lionized book on harmony, and teach a generation of composers. But Chadwick’s beginning wasn’t particularly august. From rural Massachusetts and practically self-taught, he did become an organist. He traveled to Europe for the putatively requisite proper compositional training but interspersed studies in Leipzig (with Reinecke and Jadassohn) and Munich (with Rheinberger, as we saw last month) with a long trek to France with friends, including the American artist Frank Duveneck.

Art inspired one of Chadwick’s last major works, Angel of Death. It premiered at the New York Symphony Society’s February 9, 1919 memorial concert for Theodore Roosevelt, who had died on January 6 of that year. But Chadwick had already finished the work in 1918, the genesis for the music being a memorial in Forest Hills Cemetery called “Death and the Sculptor,” “The Angel of Death and the Young Sculptor,” or The Milmore Memorial. Daniel Chester French created this bronze (a marble copy, shown above, was also created) for brothers Martin and Joseph Milmore, who died three years apart in the 1880s. The powerfully evocative sculpture inspired Chadwick’s work, likewise moving and grand.

A quarter of a century earlier he had been proving himself with his symphonic writing. The Symphony No. 2 had two premieres of sorts, both with the Boston Symphony Orchestra. The year 1886 saw the five-year-old orchestra premiering the complete symphony, but two years earlier it had given a hearing of just the spry second movement.

Already, the not-yet-30-years-old composer was so esteemed in this center of musical culture in America. Listeners immediately appreciated the symphony’s combination of European craftsmanship with American openness. Dvořák’s breadth, Tchaikovsky’s lyricism, and Mendelssohn’s wit all come together in a sparkle—a “wink,” one contemporary called it. Make no mistake: George Whitefield Chadwick was his own man and was one of, if not the, best American composer of his time.