The Greatness of Edward MacDowell

On Discoveries from the Fleisher Collection, Saturday, June 4th, 5-6 p.m. 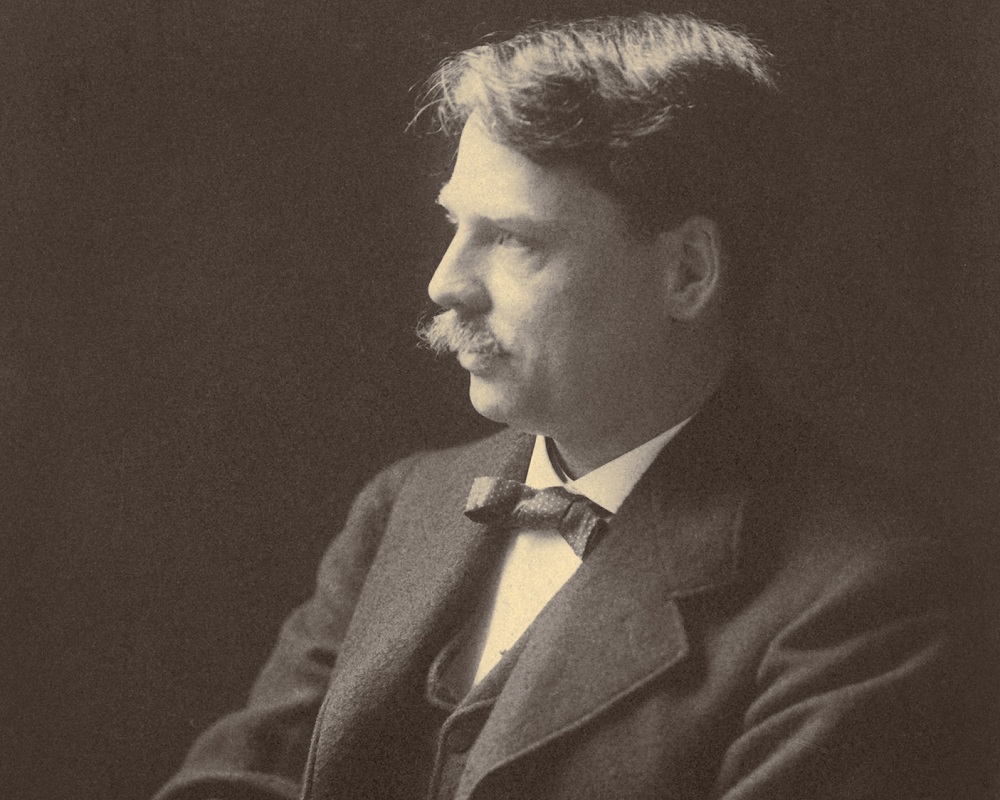 At the end of the 19th century, many thought that Edward MacDowell was the great composer America had been waiting for. He may have been. But if so, he was a great American composer cut down in his prime. The music of MacDowell is lyrical, vigorous, and at times gripping, but we get the feeling that we are witnessing the first blossoming of a great artist, one about to enter the later stages of a career that never happened.

His mother took the 17 year old to the Paris Conservatory. Already a prodigious pianist, he had taken lessons in his native New York City, even with the world-famous Venezuelan pianist/ composer Teresa Carreño. After top honors in Paris, he moved to Frankfurt, continuing with piano but also studying composition with Joachim Raff. He composed, performed, traveled, and met an impressed Franz Liszt in Weimar, who introduced him to the powerful music publisher Breitkopf & Härtel (which would publish MacDowell’s First Piano Concerto in 1911, three years after his death).

MacDowell also taught piano, and took on an American girl who had come to Frankfurt to study with the great Clara Schumann. Schumann was out of town at the time, though, so the school assigned Marian Nevins to MacDowell. Three years later they married.

The MacDowells moved back to the States in a few years, settling in Boston at the instigation of the pianist and conductor Benjamin Lang. It was a congenial place for MacDowell, who taught and whose work began to be performed by major ensembles. Both his First Piano Concerto and his first Suite for orchestra were premiered in that city, with Lang, in fact, conducting the concerto’s premiere. MacDowell had already composed the piece in Germany and had dedicated it to Liszt. The Suite was picked up by the Boston publisher Arthur P. Schmidt.

America was noticing Edward MacDowell, his success burgeoning from many solo piano pieces and songs. He did write a handful of orchestral works—a second concerto and the famous Second “Indian” Suite, some tone poems—but no symphonies. He moved back to New York City and became the first professor of music at Columbia University. Princeton gave him an honorary doctorate. He was one of the first elected to the American Academy of Arts and Letters. He and his wife bought a summer home in New Hampshire.

All was not well, however. He had battled ill health of various, baffling forms for years, when in 1904 a horse-drawn cab ran him over as he crossed Broadway in New York. His physical recovery was hampered by severe depression and perhaps dementia. Dying four years later, his body was taken to be buried at his summer home, now the MacDowell Colony. His wife, by his side all though his illness, used the proceeds from his publications not only to establish the Colony, but to fund the work of other composers. Marian MacDowell, born in 1857, died in 1956.

Was Edward MacDowell the great American composer? For a time, yes, he may have been exactly that, a great composer cut down on the way to greatness. But even greater, his legacy enlivens countless artistic creators who live, work, and become a part of his beloved summer home.