On the next Discoveries from the Fleisher Collection, Saturday September 10th, 5 to 6 pm. 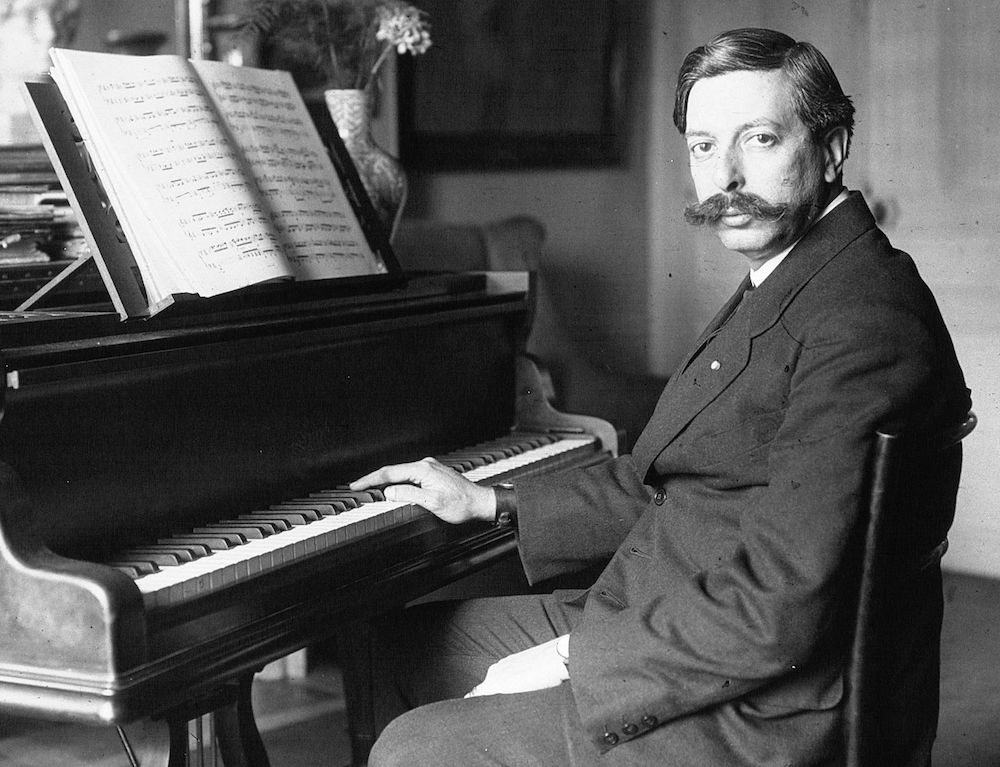 Last month we left the Hungarian conductor Anton Seidl in late 19th-century New York City, where he led, at one time or another, the New York Philharmonic and the Metropolitan Opera Orchestra. Not too long after, the Spanish composer and pianist Enrique Granados was there, basking in a successful premiere at that same Met. The year was 1916—100 years ago.

It seems odd to devote an entire program of orchestral music to a composer who wrote mostly for piano. But what beguiling music it is. Others couldn’t leave his music alone, wanting to transcribe it for other instruments and larger venues. The Spanish conductor Rafael Ferrer is one; the Fleisher Collection has some of his orchestrations of the Spanish Dances. In their original form they present a challenge for pianists. The brilliant keyboard writing demands not only great power but great control.

Granados did compose a few works involving orchestra, including two operas. He based the second, Goyescas, on his earlier piano pieces inspired by Francisco Goya paintings. Granados and a librettist created a story, and because much of the music was already written, they often worked backward, fitting the words into the music. This Intermezzo from Goyescas is one of his most-performed works, and the opera, the first Spanish-language opera on the Metropolitan stage, did well at the premiere.

He and his wife finally left the United States on a later ship, which went to England rather than Spain, as they had first planned. Granados would have returned to Spain immediately, but a piano-roll company wanted to record him on its new machine, and then he was engaged to play a recital for none other than President Woodrow Wilson at the White House.

He and his wife finally left the United States on a later ship, which went to England rather than Spain, as they had first planned. But then, heading to the Continent from England, their ferry was torpedoed by a German U-boat. Granados saw his wife in the water and jumped in to save her. They both drowned. To add to the tragedy, the part of the ship they were in did not sink; everyone else in that part survived. Amparo and Enrique Granados left behind six children.

Goyescas and Granados were twice ill-fated by this First World War, for at the 1916 premiere the opera was already two years old. Paris was to have had the premiere in 1914, but that was canceled when war broke out.

Anton Seidl died in 1898 at age 47, after a tremendous New York career. Granados, living to 48, conquered the city in his one visit. His music has attracted performers, orchestrators, and listeners ever since.