Setting the Stage with Richard Wagner

On the next Discoveries from the Fleisher Collection, Saturday October 1st,  5–6 pm on WRTI: 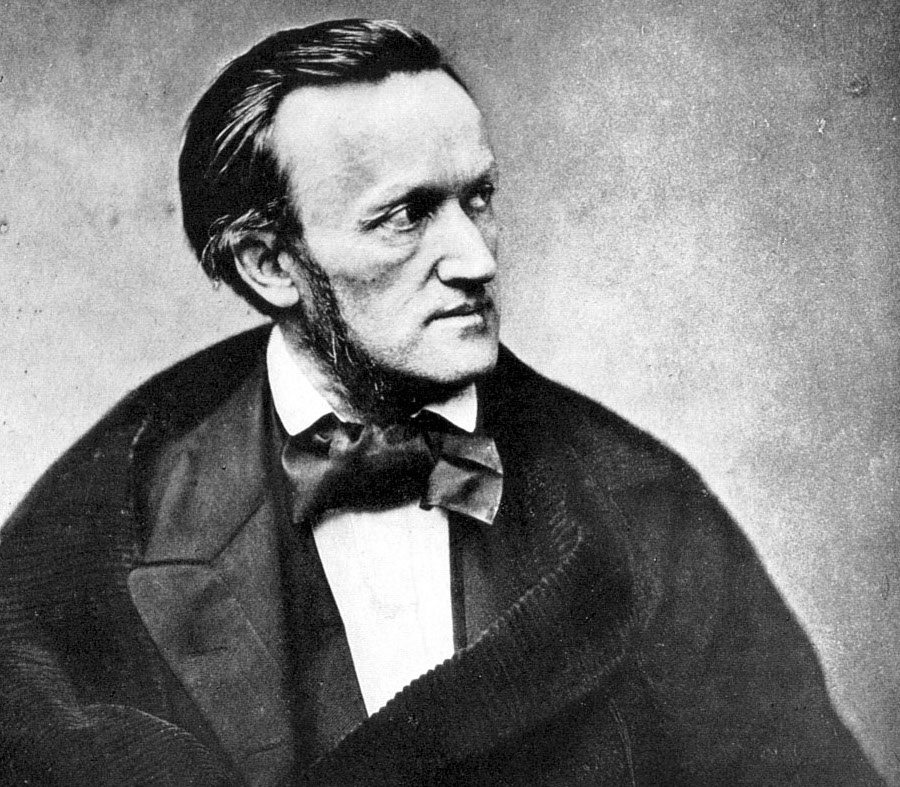 Looking over the landscape of American orchestral music covering the 19th and into the 20th centuries as we have been, we see two names—not American—looming large. One is Beethoven, the other, Wagner. They are still huge now; imagine them in the eyes of American musicians then.

We’ve already considered Beethoven’s influence in the past few months, so we’ll pause here for an appreciation of Wagner. As with Beethoven, it’s hard to overstate his influence. While 19th-century symphonic music and beyond cannot be conceived of without Beethoven, 20th-century music would not have begun or developed as it did without the vision of Richard Wagner.

This isn’t just the opinion of those of us living one hundred and more years later. It was the conviction of the composers of the time. Debussy, Strauss, and Schoenberg are just the largest of the names of those who heard Wagner’s siren voice and steered toward it. Many also turned away from it, or so they thought, as time went on. Later generations acted similarly; Hindemith and Boulez both became who they were, in one way or another, because of their reaction to Wagner and Wagner’s one-time disciples.

And what was his voice? What was the magnetic draw of Wagner? Perhaps it can be described like this: He took the tonal language that had been growing in Europe for centuries and stretched it to its breaking point. Tonality had developed a system of shifting between keys or tonal centers (what musicians call modulation) to the point that the shifts could jump quicker and farther than ever before. Because of that heightened activity, music became festooned with chromatics, those note-altering flats and sharps.

Wagner pushed music, many believed, as far as it could go in that direction. He devised swaths of music in which one chord would lead not where you thought it was going, but in any direction. One key could jump to any other key at any time. Rare for any composer, he wrote his own opera librettos, of overreaching pride and forbidden love, and set them in a seething miasma of unsettled and heightened emotional states, bathing them in a dizzying, barely tonal realm. Listeners wondered where they were. Most loved it; a few despised it.

He did not find that language all at once, of course. A lifetime of operatic toil allowed Richard Wagner to develop his voice, heard most universally appealingly (perhaps because it’s a comedy) in Die Meistersinger. It’s a rollicking tale of love, community, and lifted steins, a world away from Tristan, the Ring cycle, and Parsifal. It hearkens back to his early comic opera, Das Liebesverbot, or The Novice of Palermo, based on Shakespeare’s Measure for Measure.

Even earlier than that, when he was 19, Wagner wrote a Symphony in C. Wagner was not always the operatic composer we know him as now, but had wanted to be a symphonist. Music in America, struggling to make its voice heard against those of Wagner and Beethoven, would need to accept this truth: You have to start somewhere.