On the next Discoveries from the Fleisher Collection, Saturday 3 Dec 2016,  5–6 pm on WRTI: 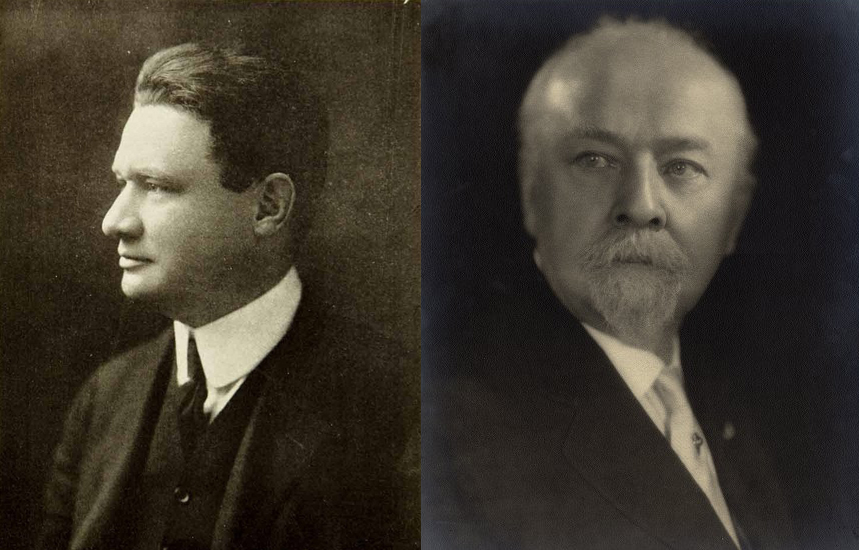 In January we began a survey of the history of American orchestral music with George Bristow, born in 1825. Now in December we end 2016 with two composers who lived into the 1940s, wrapping up an American century with Frederick Shepherd Converse and Carl Busch, representing American music as well as any other two.

New Englander Converse could be a model for the American composer at that time. The son of a wealthy businessman, his musical gifts overrode his father’s desire for him to join the business. He studied composition with John Knowles Paine and George W. Chadwick, then went to Munich and studied with Chadwick’s teacher Joseph Rheinberger. Returning to the States, he taught at Boston’s New England Conservatory of Music (Chadwick having in the meantime become its director), then at Harvard. But after only eight years total of teaching, Converse left academia to compose full-time.

He wrote choral, orchestral works, and operas. The Irish-themed The Pipe of Desire was the first opera by a native-born American to see the stage of the Metropolitan Opera. The small Serenade for strings was followed by his grand tone poem based on Walt Whitman, The Mystic Trumpeter, premiered by the young Philadelphia Orchestra in 1904.

That and his much later Flivver Ten Million have become his most-played orchestral works. Flivver humorously celebrates the ten-millionth Ford Model T to roll off the conveyor belt. Converse said he wondered “what Mark Twain would have done with such a theme if he had been a musician.”

The Danish composer and violinist Carl Busch studied in Brussels and Paris, and at 25 was invited to Kansas City, Missouri by the Danish consulate there. He formed a string quartet, came to America, and stayed. He became the leading musician in Kansas City, directing the Philharmonic Choral Society and the Kansas City Symphony Orchestra.

Busch fell in love with American Western and Native American cultures. Many of his works use home-grown melodies, including, in his Four North American Legends, Chippewa tunes. The so-called Indianist Movement in music, though a short-lived phase, grew out of the urge to find unique American folk elements from which to craft an American classical music. The irony that Americans were partly spurred on in this quest by foreigners has not been lost. Antonin Dvorak famously wrote the very thing in the 1890s while here, and the Danish-American Carl Busch was one of those who led the way.