The Oak Tree and the Bird

First published in Broad Street Review 1 Oct 2017 as Following a road to “home.” 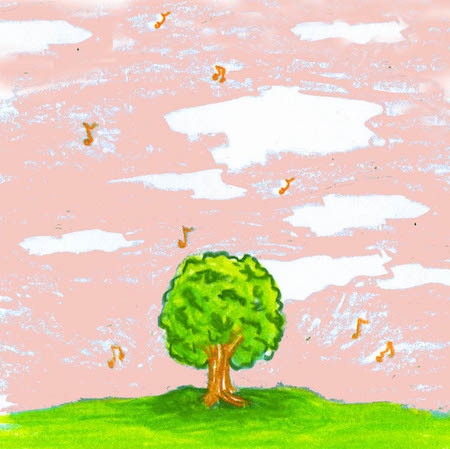 In the few days and in the half-dozen times we had traveled the road from Hartenstein to Zwickau, he only now mentioned it.

“I have always admired that single-standing tree,” he said as he looked out the window.

It is an elegant road, leaning into its curves, bracing its villages, skirting pastures. Many roads here are purposely lined with trees but on this stretch there are no trees. Here there is only this tree, standing by itself in a large, worked field, 50 yards from the road.

He is 85 and comes back to this corner of Saxony every year. It is part of the old East Germany, tucked between Thuringia and the Czech border. With his wife now three years gone he travels by himself or asks others to come with him. He visits family here, cousins close and far removed and a brother.

He grew up two miles from this spot. When he was seven, war started. When he was 12, the Allied planes would fly over his family’s farm. He saw two soldiers dead in a car in the village from the strafing. After the war, the soldiers kept coming, East Germans, Russians, sullen and hungry.

In 1953 he boarded a train to Berlin for a job. The Russians drove tanks into Berlin three weeks after he arrived. He bought a round-trip subway ticket. You could not buy one-way tickets to West Berlin after the war, even before the wall, and there were guards and wire barriers, but the U-Bahn under the entire city still operated. After the tanks came he decided it was time. He walked to the subway, carrying a suitcase filled only with dirty laundry in case he was stopped. He could say he was taking laundry home. He stepped out in West Berlin. No one checked his ticket and he kept walking.

He wrote to an aunt in America and declared himself to the American embassy. They put him on another train, to a West German detention camp. A farmer picked the strong 21-year-old out of a line, and for the next few months he worked with fruit trees. Then the aunt arranged his immigration, and he came to Philadelphia. When he tells his story, other Germans nod. They know these stories.

I asked him if the tree was here when he was growing up. He laughed quickly. “Oh, no, it is only 40 years old. Maybe. But every year it gets bigger, I see it every year,” he said. “It is an oak.” Yes, it looks like an oak at a glance as I drive. “You can tell by the trunk. If nothing happens around it, it will live another 200 years, more.”

This tree says home to him. It speaks to me, now, in the same way. Music speaks like this. Schubert gives us a home in “Gretchen at the Spinning Wheel.” The beginning and the ending are the same music, so at the end we recognize the road.

Sometimes, though, as at the incomparable end of Beethoven’s Fifth Symphony, we have traveled far and the road is different. But if the music is good, we will have come home, the home we didn’t know was already ours.

This foreign thing that is home, I experienced on this trip, a day after the tree. I was standing on the steps of a restaurant when it happened.

I was looking at people eating at tables on the wide porch of a large stone inn surrounded by forest. The day’s grayish sky had just begun to clear as the sun set. This far north, even in August the daylight would soon disappear, so the newly bright clouds were beginning to soften into a darkening slate-blue sky. The tablecloths were white. People were smiling and talking softly under iron and glass wall sconces and lamps suspended from the ceiling and lifting forks and holding glasses in mid-air while they talked as people in restaurants will smile and talk. Then from not too far into the forest a bird called. It was a call I had never heard. My head swerved up and to the right, toward the trees, toward the sound. It was a liquid, intense, remote sound. It sounded like a whistle or a child far away.

That’s when I knew I was in a foreign land. For three days it wasn’t the language or the road signs that did it but it was this. I had never heard this. But I have heard whistles and children and I have seen tablecloths and lamps and darkening skies. So, this, too, could be home. The strangeness somehow made it feel like home.

Music ought to take you to a foreign place and then bring you home. But, like some dreams, you already know the foreign place and the home is new. The end of Beethoven’s Fifth Symphony does this. The spinning wheel, even, does this. The end is the same as the beginning, but after Gretchen’s despair from love forever lost, the new shocks itself back into the old, changes the old. Home is an oak tree you have never seen in a place you escaped long ago, and a new bird call is something you have always known.

Music is both foreign and home. You may have escaped it, like a war, or you may not recognize it at first. But you will know that strange feeling of home, that dream of remembrance, when a bird calls to you like a child, or a road takes you by a field with a single-standing tree, almost perfect, like a ball.