The Symphony’s Declaration of Independence 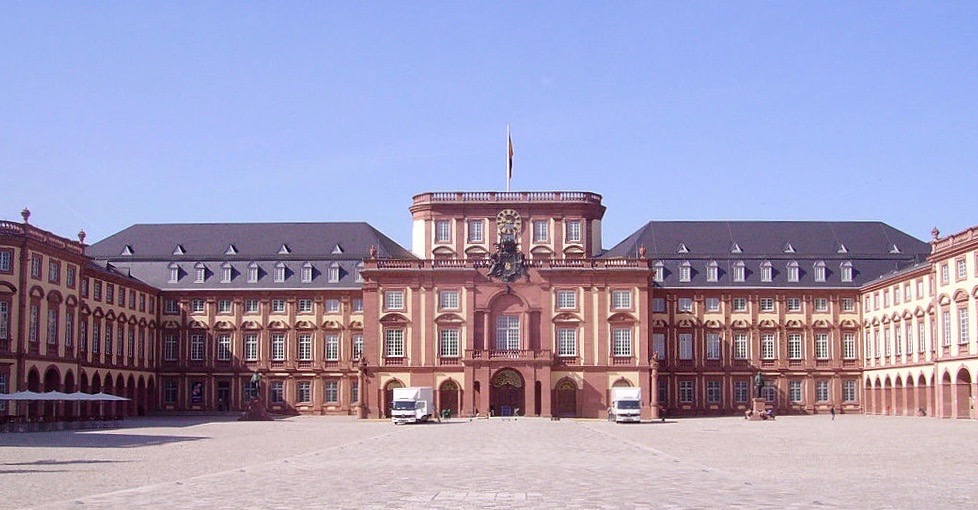 The palace at Mannheim

Discoveries from the Fleisher Collection, Saturday, Oct. 7th, 5 to 6 pm… Joseph Haydn (1732–1809) is the “Father of the Symphony” in the same way that George Washington (born the same year) is the “Father of our Country.” Thomas Jefferson wrote the Declaration of Independence, and he and others generated the Constitution and other central documents, but Washington’s leadership was the foundation on which the country was built. Similarly, the symphony owes its early growth to Haydn.

But was there a Thomas Jefferson? Of those who composed symphonies before Haydn, the most innovative was Johann Stamitz (1717–1757), born 300 years ago and a generation before Haydn. The Czech (Bohemian) Jan Václav Antonín Stamic dropped out of the University of Prague after only a year to be a violin soloist. Six years later he was in the German court of Mannheim as a first violinist. In two years he was concertmaster, and a few years after that he was appointed director of all instrumental music, his name now Johann Wenzel Anton Stamitz.

The year was 1750, and how neatly this fits into music history. Stamitz, a transitional figure between the Baroque and Classical periods, becomes leader of the most influential orchestra of the time the very year the curtain drops on the Baroque period with the death of Johann Sebastian Bach. But what does a transition sound like?

Baroque is all curlicue lines, as in architecture and painting; Classical is balanced phrasing among similarly voiced instruments. Think string quartet, which the early symphony was a glorified version of. Baroque juxtaposes soft and loud; Classical blends dynamics and other elements and whips them into larger and larger forms.

Stamitz did things with an orchestra nobody had ever done before. People named his innovations after the place he worked. The Mannheim Rocket is a quick crescendo by all the instruments playing triads up and up. Everybody getting louder without triads is called a Mannheim Crescendo (simple, but nobody had thought of it before). The Mannheim Sigh is two lamenting notes, the second one falling—which is as old as music—but Stamitz dropped the second note farther for more emotion. The Mannheim Roller (not Steamroller) is an orchestral tremolo, a shaking, rattling, and rolling no one had ever heard, outside of opera.

And that’s another clue.

Italian opera influenced Stamitz’s symphonies by these and other devices. To the strings he added horns and oboes, instruments not fit for gentility but that expanded the dramatic palette. He added a fourth movement. His ensemble crescendos and fireball orchestrations worked because his employers hired the best players in Europe. Royal listeners approved, and as those players—many of whom were also composers—moved to other orchestras, the effects spread. His sons Carl and Anton continued it. Haydn heard it. Mozart and Beethoven picked up on it.

The symphony declared its independence and was off and running.