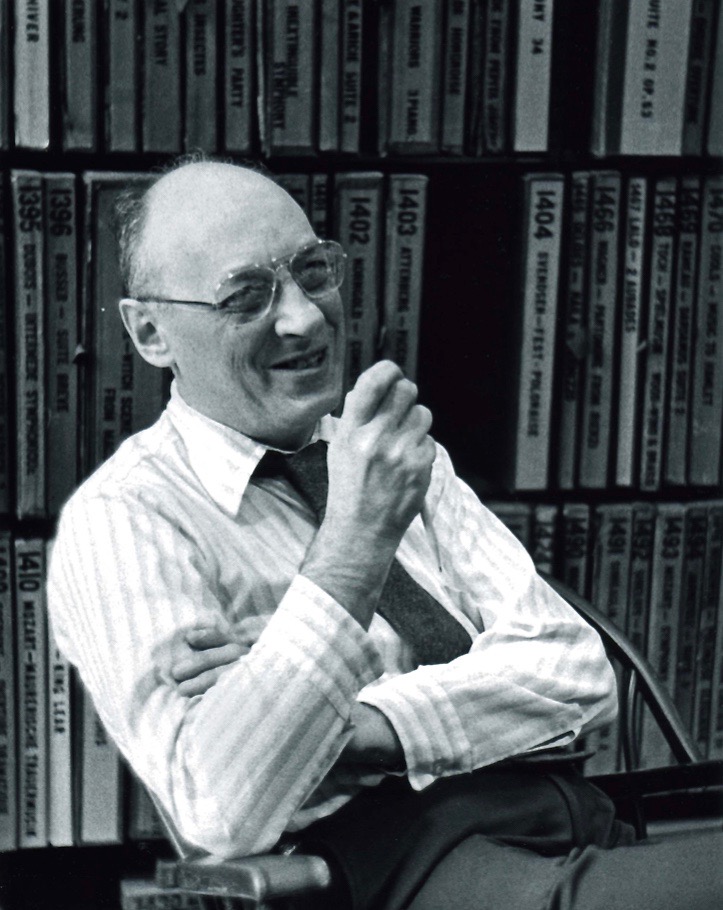 A tune came to me one morning as I walked down the hallway, about to turn the 180 degrees into the stairwell leading up to the third floor. That’s where I compose.

I mention the tune coming to me because it hardly ever happens. It may happen to other composers, but only maybe two or three times in my life has a real tune just dropped in on me. So when I got to the computer, I wrote it down. Words came right along with the music, too. The words were, “Everybody says, Adieu, adieu.”

This came to me, I’m sure, because I was arranging Prosits for the Männerchor I sing in. (A Prosit is a toast. There are dozens, if not hundreds, of them, spoken and sung.) The melody was operetta-like. It was like a scene from Fledermaus, only at the end of the night all the swells in tuxes and gowns say goodbye to the baritone, who, in the center of the emptying stage, laments that he alone is left. Everyone is leaving. Everybody says, “Adieu, adieu.”

I wrote down the tune, a slow waltz, and left it alone. There was nothing to do with it, and other pieces needed writing.

In a few weeks, I turned my attention to a work Relâche had asked of me. It was for a June 2018 concert, their 40th anniversary, and they wanted to honor Romulus Franceschini. They asked me because I knew Rom. Although not a founder of Relâche, early on he was one of the engines of its growth. A composer and arranger, he was active in both jazz and classical music’s avant-garde. With trumpeter Cal Massey, he created the RoMas Orchestra and arranged the Black Liberation Movement Suite. He wrote and arranged for vibraphonist Khan Jamal, drummer Sunny Murray, baritone saxophonist Fred Ho, and others. He also wrote “straight” classical music beautifully, simply.

Rom’s day job was assistant curator of the Fleisher Collection of Orchestral Music at the Free Library of Philadelphia. In 1981, we met when I was newly hired there as a part-time music copyist.

We liked each other from the start, even though, apart from our love of jazz and classical and of constant book-reading, we had almost nothing in common. He once called himself “an atheist Catholic communist.” This reminded me of Churchill’s description of himself as not a pillar of the church but a buttress, supporting it from the outside — a flying buttress. Rom laughed at that. He liked also that I had read that quote in National Review.

I was a political conservative then and now, was religious then and now, and Rom and I loved talking, believe it or not, about politics and religion. On the surface we agreed on nothing — yet, the longer we talked, we agreed on just about everything.

We revered the power of the single person, as he might call it, or, as I might, the sanctity of the individual. He told me about the Italian auto workers’ strikes of the ‘60s. I told him about Martin Luther.

I questioned the image of the political continuum stretching right and left, suggesting that maybe it was a circle. He liked that. Rom and I went in opposite directions and kept bumping into each other on the other side. 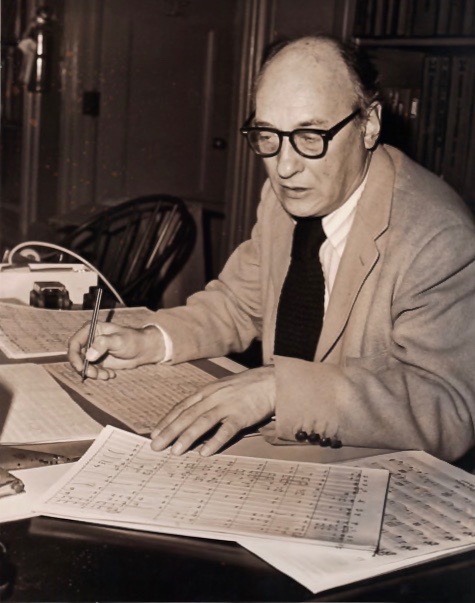 We also loved melody. Rom the avant-gardist once lamented, “Nobody writes tunes anymore.”

He retired in 1987, a sad day for me, even though I was slated to be assistant curator. I told him I’d never be able to fill his shoes. He knew the orchestral repertoire so well. “You’ll be fine,” he told me. We corresponded a little, even when he moved to California — to Aptos, the same town, he noted, where Lou Harrison lived. Lou Harrison — now he could write melody. A year after I became curator, Romulus died. It was 1994.

As I sat in front of the computer to begin the Relâche commission in earnest, that operetta tune came back to me. I opened it up and immediately realized this was Rom’s piece. It was also my piece: two of my best buddies, Jeff and Phil, had left the Library on the same day in 1986. Rom left the next year. Frank, our printer, who traded South Philly Italian stories with Rom, left in ’88.

No more would I learn Ameritalian phrases like il Tracke Vashingdohn for Washington Avenue (because of the trolley) or chi caga, chi pish for Chicago (meaning, I’m, ahem, going number two and number one). Modesty forbids my relaying what Frank’s Italian grandmother unwittingly called fruit cocktail.

No more Sinatra singing “Witchcraft” on the jukebox in South Philly. Rom liked Nelson Riddle: “He knew what he was doing.” No more parties at Celebre’s, the Triangle, Walt’s, Nostalgia.

Marsha left, and died. Then Steve. Hang around long enough, and you’re the baritone.

I worked out the song, then set it as I might a jazz standard. I gave solos to the double bass, clarinet, and vibraphone. The rest of the unique Relâche band is flute, English horn, bassoon, viola, and piano. I had them comping, then swinging their own version of the tune, as a phalanx of standing saxophonists might. It was anti-avant-garde, and Rom, I hoped, would think I knew what I was doing.

Along the way I added two more notes to the operetta song, and the words “to me.” The imaginary baritone in the nonexistent operetta now sings, “Everybody says to me, Adieu, adieu.” That’s the only text I’ve come up with for the song. I don’t have any other words.