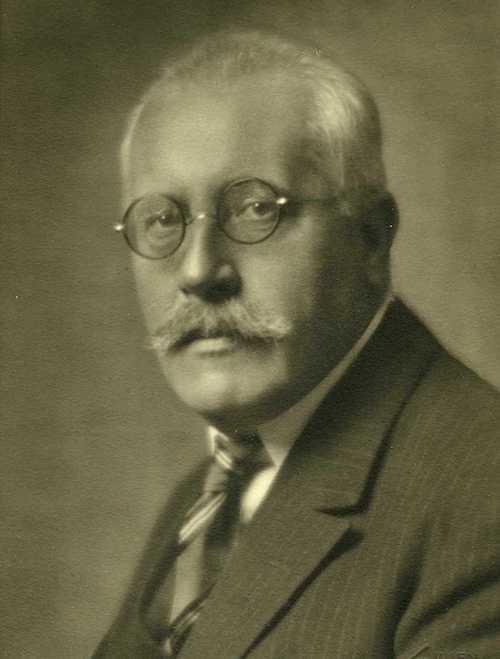 Hi, this is Fleisher Discoveries, the podcast, a production of the Edwin A. Fleisher Collection of Orchestral Music in the Free Library of Philadelphia. I’m Kile Smith. Today we’ll discover a symphony by someone who was a friend of Gustav Mahler, Bruno Walter, Erich Wolfgang Korngold, Franz Schmidt, who helped Arnold Schoenberg get out of World War I military service, who had operas and operettas performed in Vienna, who spent his entire life in that capital of music, but who is a composer you may never have heard of.

Julius Bittner is that composer, and today on Fleisher Discoveries we’ll hear the first of his two symphonies, the Symphony in F minor on a brand-new recording, which could not have happened without the help of the Fleisher Collection.

Before we get started, if you’d like to comment on Fleisher Discoveries, just send me an email, kile@kilesmith.com. The Edwin A. Fleisher Collection of Orchestral Music is on Facebook; hit us up there and give us a Like, and leave a comment.

And speaking of comments, Linda emailed me to say that our new podcast format—this is now our third podcast—is so much more convenient than the radio show, since she was often out on Saturday evenings and couldn’t catch it. Thanks, Linda, we’re glad you were a fan then and are a fan now, and yes, all the podcasts are up and you can go to them, or go back to them, at any time.

Julius Bittner was born and died in Vienna—born in 1874, grew up just outside of Vienna and died in Vienna in January 1939—and was pretty much immediately forgotten after his death. Well, in 1939 Austria and Europe and the world had some other things on their minds, as World War II began that September, but it’s remarkable that someone who was so plugged into the classical music world, who was actually one of the most performed of the Vienna composers for the theater during his life, would so quickly be forgotten.

Part of the reason may be that Julius Bittner divided his time for a good part of that life between music and his first career, which was the law. Bittner’s father was a judge, and the son followed him into the law. Lucky for Arnold Schoenberg, because Bittner was able to make some calls on behalf of Schoenberg so that, because of medical reasons he wouldn’t be conscripted into active military duty when the First World War broke out in 1914.

Before that, Julius Bittner was the official who settled the estate of Gustav Mahler, who had died in 1911. Bittner edited a music journal, he wrote music criticism, and all the while composed music, some of it prize-winning music. Mahler had helped him along. So did the conductor Bruno Walter, who premiered Bittner’s quite successful opera Der Musikant, or, The Musician, in 1910. He wrote many operas and operettas, many of which did quite well. He wrote songs for his wife Emilie Weiner, a contralto. With Korngold he arranged the music of Johann Strauss, Jr. into an orchestral potpourri that was for a time very popular.

The symphony we’re about to hear is one of two that Julius Bittner composed. It’s from 1922, he was 48 years old, and it’s from when he was still working for the Austrian Department of Justice. Felix Weingartner conducted the Vienna Philharmonic in the premiere in 1923, and its success certainly went a long way toward encouraging Bittner to give up his day job and focus on composing.

The Symphony is in F minor, and is in four movements: Fast, Very Slow, the third movement Very Quickly (one beat to a bar), and the final movement, again, Very Quickly. Solidly in the Wagnerian side of the Romantic tradition, meaning, he was a man of his time, Bittner doesn’t break any new ground. He does have a lightness, though, that is appealing, and at times even a lightheartedness—which perhaps makes sense for an operetta composer.

The Fleisher Collection was central to this recording seeing the light of day, but why don’t we listen to it now and we can get into that a little later, after we hear the Symphony No. 1 in F minor by Julius Bittner. The Siberian Symphony Orchestra is conducted by Dmitry Vasiliev.

The Symphony No. 1 in F minor by Julius Bittner on Fleisher Discoveries. Dmitry Vasiliev conducted the Siberian Symphony Orchestra.

I was saying before that this recording really would not have happened without the work of the Fleisher Collection. The great Viennese publisher Universal has this Bittner work in their catalog, but, as often happens, the materials were so old they were literally falling apart. Actually, Universal described the materials in their archives as “rotted.” But as it happens, this Symphony is one of the hundreds of works Edwin Fleisher himself collected on a European trip way back when, so the Fleisher Collection had a copy, given to them by Universal, that has been kept safe and in good condition since its publication in the 1920s.

Because the rights belonged to the publisher, Fleisher never lent out the work, of course. So Fleisher’s curator Gary Galván offered to digitize and reproduce the clean Fleisher materials so the recording could be made. Universal happily agreed, and here we are with this Toccata Classics recording of the Julius Bittner First Symphony. This kind of thing has happened a great number of times over the years at the Fleisher Collection, just one of the many behind-the-scenes services to the world of orchestral music provided by the Fleisher Collection.