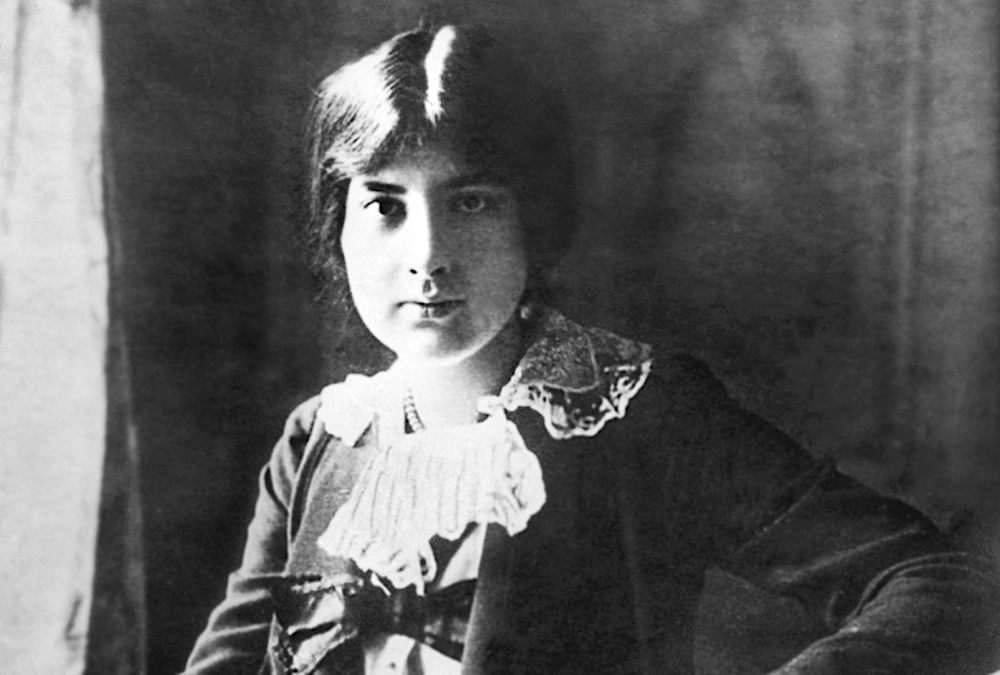 Hi, this is Fleisher Discoveries, the podcast, a production of the Edwin A. Fleisher Collection of Orchestral Music in the Free Library of Philadelphia. I’m Kile Smith. March is Women’s History Month, so today we’ll have works by not one, not two, not three or four, but five women composers, and not just historical, but current as well. Fanny Mendelssohn, Lili Boulanger, Elinor Remick Warren, Gloria Coates, and Joelle Wallach, not in that order, but all on Fleisher Discoveries today.

Before we get started, if you’d like to comment on Fleisher Discoveries, just send me an email, kile@kilesmith.com. Dave in Michigan wrote me to say how much he enjoyed the Julius Bittner podcast, and all of our Discoveries, in fact. He’s a conductor but he learns about lots of repertoire that’s new to him through our Fleisher podcasts. Thanks, Dave! We know you’ve been listening to Fleisher Discoveries for a long time and we’re glad you appreciate the new podcasts. Of course, all the podcasts are up and you can go back to them, at any time.

We begin with Lili Boulanger and one of her few works, D’un matin de printemps, or “On a spring morning.” She unfortunately wrote only a handful of pieces because she died much too young, at age 24, from intestinal tuberculosis, or Crohn’s disease. She lived from 1893 to 1918.

But what a promise she had, and what gorgeous music she did write. The first woman to win the Prix de Rome from the Paris Conservatory—her father Ernest Boulanger had won it in 1835—Lili was the younger sister of Nadia, who went on to become the most famous teacher of composition of the 20th century. Nadia Boulanger taught many, many composers, and many Americans, including Aaron Copland.

Lili was a child prodigy, having perfect pitch from age two, singing and playing many instruments. She studied with Gabriel Fauré, studied organ with Louis Vierne, and left us with these beautiful, extremely skillful works. The Fleisher Collection has produced new editions of two works D’un soir triste, “On a sad evening,” and what we hear now, D’un matin de printemps. JoAnn Falletta conducts the Women’s Philharmonic.

Elinor Remick Warren is an exact contemporary of Aaron Copland, born in 1900 and outliving him by one year when she died in 1991. She also studied with Nadia Boulanger, that was in 1959, and they remained friends until Boulanger’s death in 1979. Warren, a pianist, accompanied many singers, including Lawrence Tibbett and Kirsten Flagstad. Sometimes they programmed her songs, and so the majority of her compositional output is vocal. Choral also, but she went on to write a good deal of orchestral music, all of it romantic, all of it tuneful, and all of it well crafted and orchestrated.

The Fleisher Collection houses many Elinor Remick Warren works, including The Crystal Lake from 1946, for a time her most-played work. Very simply, the story behind the piece is a hike in the High Sierras with her husband and oldest son. They came upon Crystal Lake, and she was overwhelmed. She couldn’t put the feeling into words, she said, so she composed The Crystal Lake. Ronald Corp conducts the Royal Scottish National Orchestra.

Ronald Corp conducting the Royal Scottish National Orchestra in The Crystal Lake by Elinor Remick Warren, a beautiful scene after a long hike in the mountains.

This is Fleisher Discoveries and I’m Kile Smith. Joelle Wallach lives in New York City and received the first doctorate in composition ever bestowed by the Manhattan School of Music, where she studied with John Corigliano.

She wrote her cello and orchestra work, Shadows, Sighs and Songs of Longing at Yaddo, the artists’ colony in Saratoga Springs, New York, and it is very much of that place. The Trasks bought the place as a summer retreat, Wallach explains, but Kristina Trask lost, one by one, each of her children and her husband. Joelle Wallach composed this in Kristina’s room in the winter of 1991, and imagined Kristina’s thoughts throughout the entire composing process of this 16-minute, four-movement work.

Robert DeMaine is the cello soloist and Joel Suben conducts the National Slovak Radio Orchestra in Shadows, Sighs and Songs of Longing by Joelle Wallach.

Gloria Coates is an American composer who’s lived in Germany since the late 1960s. So she may not be as well know in the States as she is in Europe, but she has many recordings and many, many symphonies—15 and counting, in fact. The composer and critic Kyle Gann has called her “the greatest woman symphonist,” and her scores are arresting. Working with microtones and her trademark glissandos, or long, slow slides, up or down over the entire orchestra, Coates transfixes us with unearthly music. Although it is unusual, it is surprisingly comforting.

Gloria Coates and “Glass of Time,” the second movement from her Symphony No. 7, composed in 1990 and dedicated to those who had brought down the Berlin Wall the previous year in Peace. Olaf Henzold conducted the Bavarian Radio Symphony Orchestra.

I’m Kile Smith, and we’ll end this edition of Fleisher Discoveries, the podcast from the Fleisher Collection of Orchestral Music, dedicated to women composers, with our fifth one of the program, Fanny Mendelssohn, and her Ouverture.

Fanny is sometimes known by her married name, Hensel, or by Fanny Mendelssohn Hensel. This Ouverture comes from before she was married. But in any case, you probably know that she was the sister of Felix Mendelssohn and actually some of her music was published under his name at first. She was the oldest of the Mendelssohn children, and early on was recognized for her great talent as a pianist and a composer.

She studied with a student of Johann Sebastian Bach, could play all 24 Preludes from his Well-Tempered Clavier by heart, and some of Bach’s precision, as well as Baroque music in general, influenced her style.

She was not really discouraged from composing, but not really encouraged, either, in a time when it was seen as not something a woman should aspire to do. But within her musical family, her composing was more, well, tolerated than anything, even though her music, whenever it was heard, was admired. Still, in her 42 years she composed more than 400 works.

Here is her Ouverture. She herself conducted, unwillingly, the premiere, with musician friends at a house party when the concertmaster handed her a baton. JoAnn Falletta conducts the Women’s Philharmonic in the Ouverture of Fanny Mendelssohn.

The Ouverture of Fanny Mendelssohn, the Women’s Philharmonic conducted by JoAnn Falletta.

I hope you enjoyed our Fleisher Discoveries on this podcast featuring five women composers for Women’s History Month. Longtime listeners of Discoveries from the Fleisher Collection on the radio and now in our podcasts know that women composers make up a valued part of our broadcast repertoire throughout our history—in fact, we opened up our podcast chapter of Fleisher Discoveries with a Florence Price symphony—but we thought we’d put an exclamation point to this Women’s History Month. Lili Boulanger, Elinor Remick Warren, Joelle Wallach,