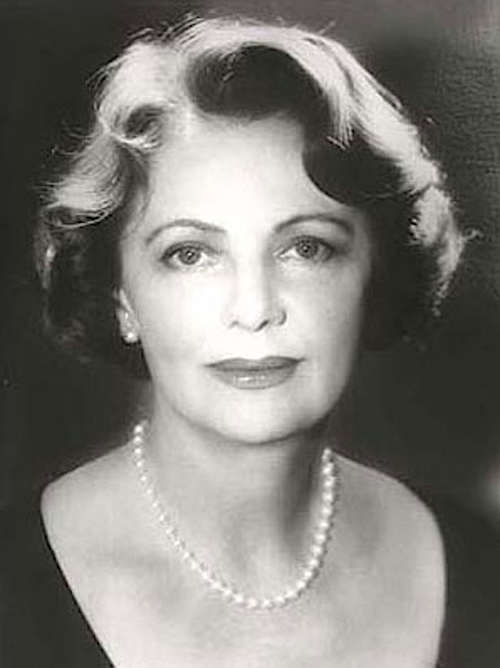 Last month was March and Women’s History Month, we listened to works by Lili Boulanger, Gloria Coates, Fanny Mendelssohn, Joelle Wallach, and Elinor Remick Warren. For this show we’d like to zero in on just one, the last alphabetically on that list, Elinor Remick Warren.

If you’d like to let us know how we’re doing on Fleisher Discoveries, send me an email, kile@kilesmith.com. You can also check out The Edwin A. Fleisher Collection of Orchestral Music on Facebook and leave a comment there along with your Like of our page. Marguerite wrote in after learning of the podcasts and said, “Love, love, love, you’re back on the air!” Thanks, Marguerite, and of course, all the podcasts are up and you can go back to them at any time.

What an accomplished and exquisite voice all of Elinor Remick Warren’s music has. She lived from 1900 to 1991; I always remember her dates because she was born the same year as Aaron Copland and outlived him by one year. (He has those nice round music history numbers of 1900 to 1990.) As I mentioned last month, Warren also has in common with Copland the same composition teacher; they both studied with the pre-eminent teacher of the 20th century, Nadia Boulanger. Copland studied with her early on, in the early (and his early) ’20s. In fact, he was so young, and Camille Saint-Saëns was so old, that Copland actually met Saint-Saëns at a Boulanger salon. Saint-Saëns died in 1921.

Anyway, Elinor Remick Warren studied with Boulanger for three months in 1959. Warren was a known composer by then, and Warren and Boulanger would remain friends until Boulanger died in 1979.

Warren was born and died in Los Angeles. In her 20s she was making a name for herself as a pianist, playing Mozart with the Los Angeles Philharmonic, and beginning a long and fruitful career as an accompanist. Because of that work, which included playing for singers such as sopranos Kirsten Flagstad and Florence Easton, tenor Richard Crooks, and baritone Lawrence Tibbett. They sometimes sang her songs, so Warren did end up composing more than 200 art songs.

An early marriage lasted only four years, but at age 36 she married radio, film, and television producer Z. Wayne Griffin, associated with the Burns and Allen radio show and also the Ronald Reagan–hosted General Electric Theater. In the 1950s Griffin and Warren bought a large ranch in the High Sierra Mountains, and the nature Warren observed became a great inspiration to her music, including the work we’ll hear now, the Suite for Orchestra.

It’s a bit of a dry title but the names of the movements will tell us what’s really going on, a love poem to the sky, or really, a four-movement symphony of the changing and dramatic sky over the family ranch. The first movement is Black Cloud Horses, a storm building up with the clouds looking like, as the composer said, “black horses racing across the darkening sky.” The second movement is Cloud Peaks, slow and with an emotional cello melody. Next is the Scherzino, the Ballet of the Midsummer Sky, picturing what Warren says are “fluffy little clouds,” and finally, the  Pageant across the Sky. Picture a procession of clouds across a blue sky, marching toward the mountains capped with snow.

Ronald Corp conducts the Royal Scottish National Orchestra in the Suite for Orchestra, a work from 1954, by Elinor Remick Warren.

That was the Suite for Orchestra by Elinor Remick Warren, the Royal Scottish National Orchestra conducted by Ronald Corp. Such a picturesque work following the composer’s love for the sky over her ranch in the California mountains. The four movements were Black Cloud Horses, Cloud Peaks, the Ballet of the Midsummer Sky, and finally, the Pageant across the Sky. Much of Elinor Remick Warren’s music was vocal, but this Suite is a lovely example of her orchestral works, all of which are housed in the Fleisher Collection.