Fleisher Discoveries: It’s Only a Waltz, by Ravel 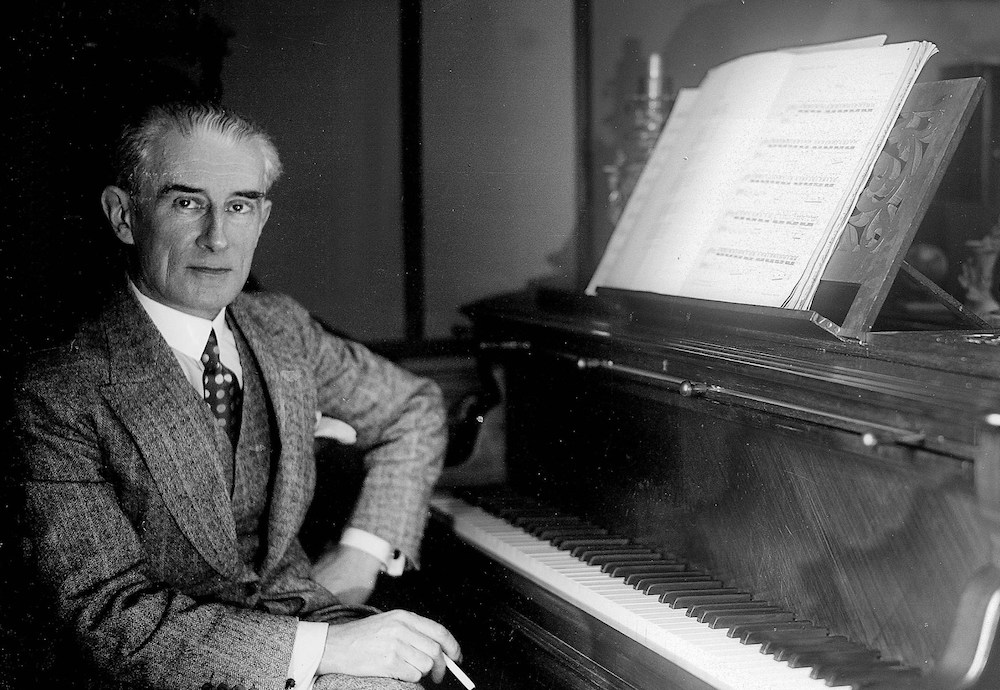 Today we’ll listen to a great work, one of the greatest orchestral works of the 20th century, I think, and one that also sheds some light on the work of the Fleisher Collection. It’s by Maurice Ravel, and it’s called simply, La valse, or “The Waltz.”

I’ll get to why we’re hearing it today in just a minute, but first, more comments on the podcast are coming in. Andrew emails from Florida to say that he finds the show not only enjoyable but insightful, too, and I’m much obliged to you, Andrew, thanks! That’s what we try to do on Fleisher Discoveries, not only to play wonderful orchestral music, but to shed a little light on it, maybe something we never knew before. So I appreciate that, and all the comments. You can send me an email, to kile@kilesmith.com, that’s where you can get ahold of me. The Edwin A. Fleisher Collection of Orchestral Music is also on Facebook; leave a comment for us there and give us a Like.

Just like the Hindemith E-flat Symphony from last month, Ravel’s La valse is one of my favorite pieces from the 20th century orchestral repertoire. It also, as I said, sheds some light on the inner workings of the Fleisher Collection. Here’s what you do if you have the time and the inclination, click on the La valse title if you’re seeing this online, and that will take you to the Fleisher Collection catalog entry. Or go to freelibrary.org, and in the upper-left-hand corner search box type in fleisher ravel la valse. That’ll take you to the record. Click on the title and you’ll see, under Maurice Ravel, other authors, and the names Clinton F. Nieweg and Nancy Bradburd. Other authors?, who are they, and what do they have to do with Ravel’s La valse?

Well, they are editors. Clint Nieweg was for a long time the principal librarian for the Philadelphia Orchestra, which means he was in charge of preparing the score for the conductors and all the parts for every piece played for each of the players. So what does it mean to prepare music for performance?

One basic task is to bow the strings, which means to put markings into the music so all the first violins, say, move their bows in the same direction at the same time. This helps to unify the sound. There are countless ways to decide how to play one melody, let alone an entire symphony, so the conductor, often with advice from the concertmaster and principal players, will mark the entire work. Up-bow, down-bow, other articulations are all marked into the music. Sometimes the composer puts those in, but most bowings are left to the players. So that all has to be decided, and then the library staff has to transfer all those markings to each part, a huge amount of work just for that.

And then comes the editing part. Let’s say that in one melody in the music all the violins have an accent, a little wedge on its side over or under the first note. Simple enough, the violins play with an accent on that note, give it a little oomph.

This kind of thing happens all the time in music, believe it or not, and somebody has to decide what to do, in planning a performance. Especially if you’re going to make a new edition, and one was needed for La valse, even though it had been in the repertoire for almost a century and played countless times. So Clint Nieweg and his assistant Nancy Bradburd had to pore over the entire score, checking every instrument in every passage. They had to check similar passages with each other—if similar music returns, what are those markings like? Is that a dot or is it a piece of dirt that got onto the original publisher’s plates? Does this line really extend to this note or should it have stopped on the previous note? There’s a missing pizzicato for the double basses; everyone’s always played it this way, but are they right? It says put the mutes in here for the trumpets but it never says when to take them out.

Ravel’s La valse is one of these projects Clint Nieweg did years ago, and we’re proud to have it in the Fleisher Collection. His name is revered in the world of orchestral libraries and orchestral editing, and we are thrilled that he has done and is doing new work for us, creating new editions at the Fleisher Collection. We’ll have more about those in podcasts to come.

La valse means simply “The waltz,” as I said, and regardless of deep political or cultural interpretations others have assigned to it, Ravel himself brushed all that aside. It’s tempting to look at it as a comment on post–World War I Vienna, but Ravel said, “This dance may seem tragic, like any other emotion… pushed to the extreme. But one should only see in it what the music expresses: an ascending progression of sonority, to which the stage comes along to add light and movement.”

He mentions the stage, because La valse is a ballet. It is most often seen without dance, of course, but that’s how Ravel wrote it, as a ballet, for Serge Diaghilev’s Ballet Russes. Diaghilev loved the piece, but turned it down, said it wasn’t ballet music. This infuriated Ravel, and caused a permanent breach in their relationship.

100 years ago Ravel started work on La valse. He first called it Vienna, and set the ballet action in that city in 1855, but later changed the title, and added the subtitle, “a choreographic poem for orchestra.” It premiered on an orchestral concert in 1920 in Paris, and 9 years later, finally, as a ballet with the Paris Opera.

The recording we’re about to hear is the Royal Concertgebouw Orchestra with George Szell, who did not want to conduct this piece at first. He thought there were too many liberties taken with it, but he did relent and took it on. It’s a remarkable performance, stripped of many of the tempo changes we may be used to, but in return, I think, he opens up La valse to an inner strength we may otherwise have missed.

But in any event, here it is, La valse by Maurice Ravel in a live recording from 1957, George Szell conducting the Royal Concertgebouw Orchestra.

George Szell conducting the Royal Concertgebouw Orchestra in a dazzling live recording from 1957 of La valse, by Maurice Ravel, to my mind, one of the greatest orchestral works of the 20th century.

Hard to believe that such a famous work, and so often played, had editorial problems needing fixing, but it’s a common problem with the orchestral repertoire. We’ll get to some of the work Clint Nieweg and others have done on just that, with new editions for the Fleisher Collection, on future Fleisher Discoveries podcasts.